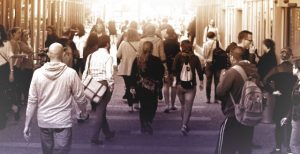 I did jail ministry as part of Christian service at International Bible College, and I started studying with a man who was really interested. We went through the Open Bible Study, and this gentleman wanted to be baptized. So, I made arrangements to take him to the Florence Boulevard church building.

When he and the deputy arrive, the inmate is given absolutely no freedom. The handcuffs and leg shackles are not removed. The inmate is able to get changed and I take him down into the baptistery and baptize him. The deputy never takes his eyes off this fella. We go back into the changing room, and the inmate is permitted to step into a cubicle draw the curtain and change. However, the deputy stands right in front of that curtain. While the inmate is changing, the deputy jailer looks at me and says, “Young man, I don’t trust this guy. You do know that you were in that water with a man who tried to kill several people.”

This morning’s text isn’t really about the power of the Gospel-how it changes people. Instead, this morning’s text states that God wants a full house! God wants in his house that man convicted of attempted murder; that soon-to-be unwed mother worried about how she’ll finish school with a new baby; that preteen who stole the shiny new bicycle from the house down the street.

Do NOT hear me saying that one can remain in his/her sin. You know that no child of God can remain in sin. But, God does want people who have been castigated by society to come to his table. That is the point of this text: God wants a full house. God wants people full of sin to come to his table and find forgiveness and a new purpose/mission in life. God wants people of every ethnic group, of every socio-economic group, of every political persuasion, etc. to find forgiveness in his house.

This morning, we wish to hear clearly this parable and see what lessons we can learn.