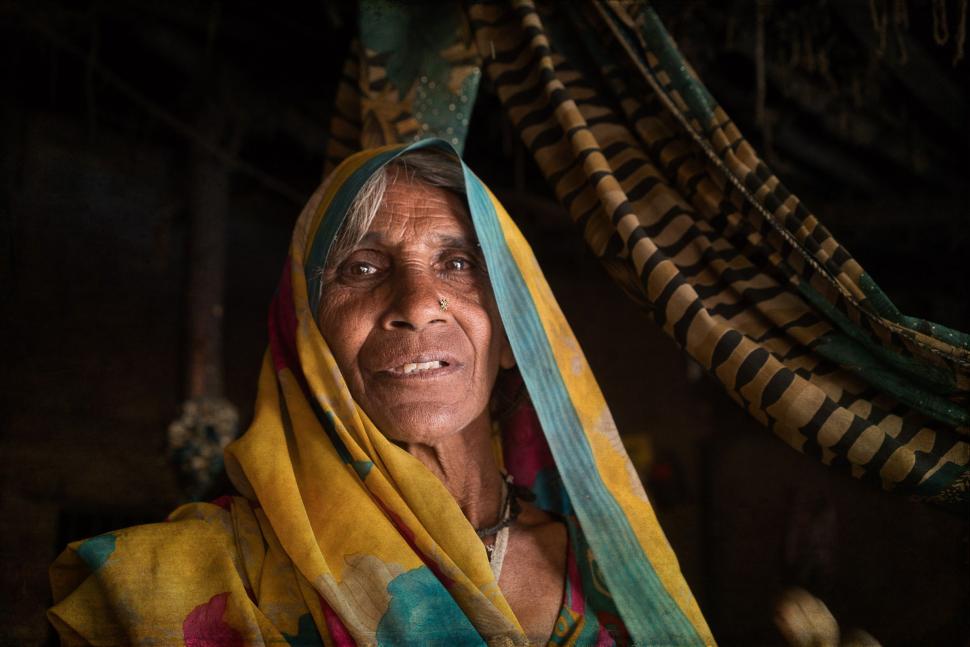 The Tomb of Eve in a cemetery near Jeda, Arabia, was visited annually by thousands of Muslims who, after dropping a coin in a slot, asked and received Eve’s advice through a speaking tube. When this alleged mausoleum was ordered destroyed in 1927, the woman who had run the racket from an underground room retired with a fortune. There are many prophetesses in the world today who are nothing more than charlatans, women who claim to be able to tell the future for a fee and end up making absurd prophecies and a fortune at the same time.

There was a time, of course, when prophetesses were not charlatans but honestly spoke from God. As you read through both the Old and New Testaments, you find that male prophets were far more numerous than female prophetesses, but there were a number of prophetesses. “Now Deborah, a prophetess, the wife of Lapidoth, was judging Israel at that time” (Judg 4:4). Philip “had four virgin daughters who prophesied”(Acts 21:9).

Tonight, we want to examine the life of a prophetess. Anna was a true, not like the woman who claimed to speak from Eve’s grave. In mentioning a faithful prophetess, Luke is probably showing that true prophecy was part of the Messianic Age. You know that part of the Messianic expectation was an expectation for Prophecy–“Behold, I will send you Elijah the prophet Before the coming of the great and dreadful day of the LORD” (Mal 4:5).

In the first two chapters of Luke, Anna is the third prophet we’ve encountered. “Now his father Zacharias was filled with the Holy Spirit, and prophesied” (Lk 1:67). Simeon, although not referred to as a prophet, obviously prophesies and he does so because the Holy Spirit was upon him (Lk 2:25-35).

As we look at Anna this evening, we see primarily her faithfulness. Let us explore Anna’s faithfulness that we also might learn to be faithful.

“Now there was one, Anna, a prophetess, the daughter of Phanuel, of the tribe of Asher. She was of a great age, and had lived with a husband seven years from her virginity; and this woman was a widow of about eighty-four years.”

Anna was a faithful widow. Jewish and Greco-Roman cultures thought of widows who refused to remarry as pious and faithful. Judith, a famous widow in Jewish tradition, was said to have lived as a widow until she was 105.

Of course, the Bible does not present the view that faithful widows never remarry. Romans 7:2-3. “I desire that the younger widows marry, bear children, manage the house, give no opportunity to the adversary to speak reproachfully” (1 Tim 5:14).

But, the fact that Anna was a widow shows her faithfulness to her husband. Anna was married to her husband until his death. Anna took very seriously those modern marriage vows which read “till death us do part.”

Scripture speaks of the permanence of marriage, a permanence which Anna valued. “What God has joined together, let not man separate” (Matt 19:6). “Whoever divorces his wife and marries another commits adultery against her. And if a woman divorces her husband and marries another, she commits adultery” (Mk 10:11-12). “A husband is not to divorce his wife” (1 Cor 7:11).

According to records Beverly Nina Avery, a barmaid in Los Angeles, has obtained her 16th divorce. She thus set a monogamous world record for the most divorces and marriages. That is the attitude of most people in our society–marry and, if you aren’t happy, just get out. Christians, however, must value marriage. Anna valued marriage; she lived with her husband from her virginity until his death.

In every congregation I’ve worked with, I’ve known people who valued marriage but who had suffered divorce. In many of these cases, the other spouse decided that he/she no longer wanted to be married. In some cases, the spouse committed adultery and the innocent party was free to remarry. In some cases, there was no adultery, and the Christian spouse understood he/she couldn’t remarry. But, he/she still had no choice in the divorce–it was thrust upon these individuals from the other spouse.

Anna did “not depart from the temple, but served God with fastings and prayers night and day.”

Anna apparently lived in the temple. There were many rooms surrounding the temple precinct, and Anna apparently occupied one of those rooms. The temple was the happening place to be for one who desired to please God. God dwelt in that temple in a special way–When the ark of the covenant was placed inside the Holy of Holies after the temple completion, “it came to pass, when the priests came out of the holy place, that the cloud filled the house of the LORD, so that the priests could not continue ministering because of the cloud; for the glory of the LORD filled the house of the LORD” (1 Kings 8:10-11). When a newborn son was presented to the Lord, his parents brought him to the temple. When pilgrims come to worship, they came to the temple.

While residing in the temple, Anna worshiped with fasting and prayer night and day.

Faithful in Thanksgiving, v 38a

“And coming in that instant she gave thanks to the Lord.”

It’s quite obvious why Anna come and gave thanks to God–she beheld the Redeemer of the world; in fact, the next clause says that she told everyone that Jesus was the Redeemer of mankind. Throughout Scripture, we find Jesus being a reason for thanksgiving. “Thanks be to God, who gives us the victory through our Lord Jesus Christ” (1 Cor 15:57)–Through Jesus we have victory over death, and for that we ought to be so very grateful! “Thanks be to God for His indescribable gift!” (2 Cor 9:15).

How grateful we ought to be for the gift of God’s Son!

Do we really pause, like Anna, to thank God for the gift of his Son?

Faithful in Proclaiming, v 38b

She “spoke of Him to all those who looked for redemption in Jerusalem.”

I’ve got to confess that this past week I’ve thought a little about the reaction of people when Anna spoke about Jesus. There were false messiahs aplenty in this time period. Notice what Jesus said about the time frame shortly following his ministry: “Then if anyone says to you, ‘Look, here is the Christ!’ or ‘There!’ do not believe it. For false christs and false prophets will rise and show great signs and wonders to deceive, if possible, even the elect” (Matt 24:23-24). Remember also the advice Gamaliel gave when Peter and John were before the Sanhedrin (Acts 5:35-37).

Anna was an old woman–depending on how you add up the numbers in this text she was between 84 and 105. I wonder how many people might have thought, “This woman is too old, and she’s off her rocker if she thinks that little baby over there is going to redeem Jerusalem. It’s going to take somebody strong and He doesn’t look that strong to me. Anna just doesn’t know what she’s talking about.” If people did say things such as that, it certainly doesn’t seem to have restrained Anna one bit, for she “spoke of Him to all those who looked for redemption in Jerusalem.”

Will we speak of him to all who are looking for redemption? The early disciples certainly spoke of Jesus to all. Notice what Paul tells the Colossians about being steadfast in the faith: “If indeed you continue in the faith, grounded and steadfast, and are not moved away from the hope of the gospel which you heard, which was preached to every creature under heaven” (Col 1:23). “Him we preach, warning every man and teaching every man in all wisdom, that we may present every man perfect in Christ Jesus” (Col 1:28). Those early disciples took quite seriously Jesus’ instructions to proclaim the message to every creature under heaven. How seriously do we take those same instructions?

Britain’s King George V was to give the opening address at a special disarmament conference, with a speech relayed by radio to the United States. As the broadcast was about to begin, a cable broke in the New York radio station, and more than a million listeners were left without sound. A junior mechanic in the station, Harold Vivien, solved the problem by picking up both ends of the cable and allowing 250 volts of electricity to pass through him. He was the living link that allowed the king’s message to get through. Will you be the living link that allows the King’s message of redemption to get through? Do you need to come this evening and act on that message of redemption yourself?