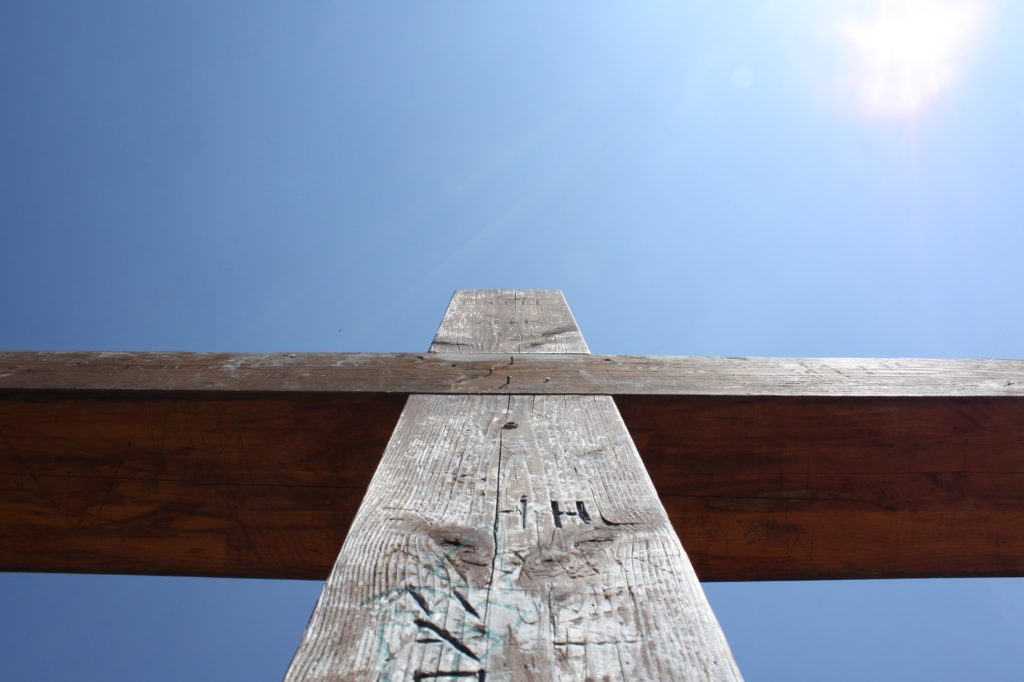 “When I survey the wondrous cross On which the Prince of glory died, My richest gain I count but loss And pour contempt on all my pride.”

This morning we need to examine the “wondrous cross” on which the Lord died.

The cross is a:

We often picture the cross as being a wonderful experience, but the cross was far from such.

Jesus was crucified with criminals.

Isaiah prophesied that Jesus would be crucified with criminals—”He was numbered with the transgressors” (Is. 53:12). Jesus was led with two criminals, as though he himself were a common criminal, to be crucified. Jesus was crucified between two thieves.

The cross was the Roman method of capital punishment. The Roman government was putting these two thieves to death for their crimes—The day Jesus died was probably a day set aside for executions. The Lord Jesus was crucified by capital punishment as though he were a thief.

The leaders made fun of Jesus. The rulers said that if Jesus were really the Christ, he’d save himself, i.e., he’d get off the cross. The soldiers also mocked Jesus. They offered him sour wine. They, too, told Jesus to save himself if he really were the Christ.

This isn’t a pleasant picture. This is a picture of shame and humiliation. Our sins we e so horrible, that Jesus had to go through this for us.

One of the criminals also sneered Jesus. He said, “Jesus, if you really are the Christ, save yourself and us.” This man wasn’t looking for salvation; he didn’t want to die.

The criminal asked Jesus to remember him when Jesus came into his kingdom.

Just as this criminal found salvation in the cross, we, too, find salvation there. Christ died for our sins (1 Cor. 15:3). Christ freed us from our sins through his blood (Rev. 1:5).

Natural phenomena around Jesus’ death were different. Darkness was over all the earth.

The veil of the temple was torn in two. The veil which was torn was the veil between the Holy of Holies and the Holy Place. The Holy of Holies was the most sacred place which was entered by the High priest just once a year. When the curtain was torn, this shows that man does not need a priest to enter God’s presence. After all, all Christians are priests (1 Pet. 2:9).

When Jesus died, he committed his spirit into the Father’s hands.

The cross does stand as an amazing feat. God became flesh and died for his creatures.

“Were the whole realm of nature mine, That were a present far too small; Love so amazing, so divine, Demands my soul, my life, my all.” Because of his love for you, Jesus does deserve your all. Are you willing to give Jesus your all?