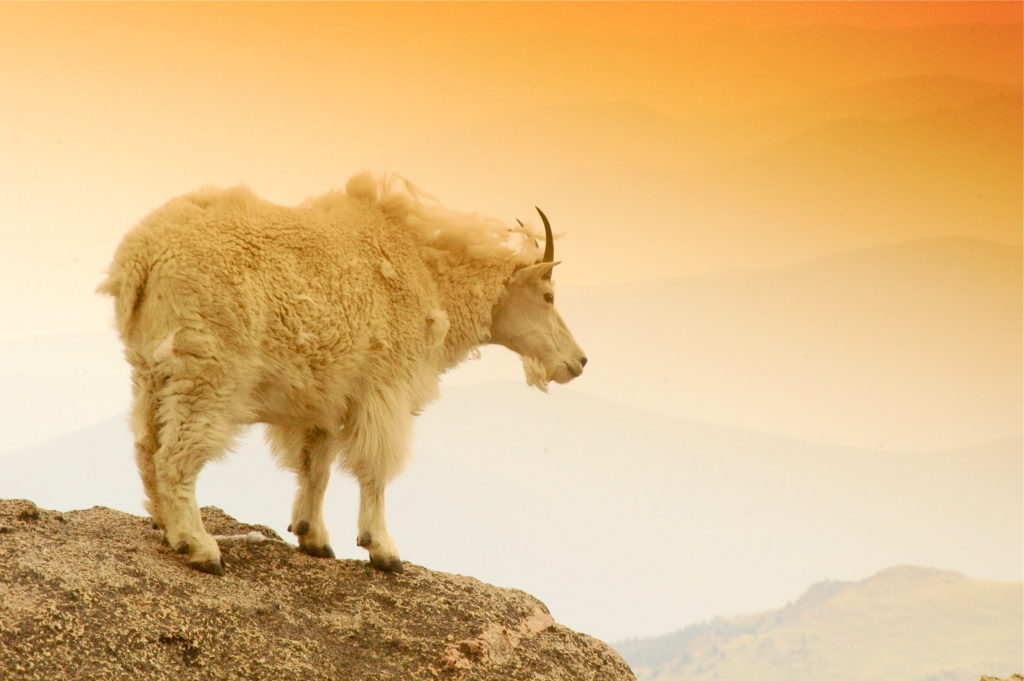 The story is told of a war between two tribes in the territory that is now Alaska. One old chief saw that if the war continued, neither tribe would be able to put up its winter supply of food (mostly berries and salmon) and both tribes would die of starvation. Under a flag of truce, he pledged that his men were willing to stop fighting. The other chief said, “No,” since his tribe had lost ten more men in the war. The old chief then declared, “I am a chief. I am worth more than ten of your men. You may kill me and let the people have peace.” The proposal was accepted. They killed the chief and peace came.

Central in the teaching of the New Testament is the idea that Jesus died in our place and peace came as a result. We have peace with God because of Jesus’ death. “Being justified by faith, we have peace with God through our Lord Jesus Christ” (Rom 5:1). “Having made peace through the blood of his cross, by him to reconcile all things unto himself; by him, I say, whether they be things in earth, or things in heaven” (Col 1:20).

In the Old Testament, God used symbolism to teach his people about the peace which would one day come through Christ. This evening, I want us to explore the symbolism of the scapegoat.

One way that God demonstrated that he was removing people’s sins was through the use of the scapegoat. The high priest was to take “of the congregation of the children of Israel two kids of the goats for a sin offering.” He was to take them to the entrance of the tabernacle and offer lots for them. The one whose lot fell to God, he was to sacrifice for a sin offering. Yet, the scapegoat was to be presented alive before the LORD to be used for making atonement by sending it into the desert.

After Aaron had made atonement for The Most Holy Place, the Tent of Meeting, and the altar, he was to bring forth the live goat. He was to lay both hands on the head of the live goat and confess over it all the wickedness and rebellion of the Israelites. In this way, Aaron was to place the people’s sins on the goat.

The act of laying on of hands would transfer the people’s sins to the goat. Throughout Scripture, we find that the laying on of hands transferred something from the person who laid on the hands to the person upon whom the hands were laid. “Joshua the son of Nun was full of the spirit of wisdom; for Moses had laid his hands upon him” (Deut 34:9) – Moses conferred his leadership to Joshua by laying hands on him. “Then laid they their hands on them, and they received the Holy Ghost” (Acts 8:17) – The apostles conferred the Holy Spirit on the Samaritans by the laying on of hands. So, the goat would have the people’s sins because the high priest, the representative of the people, would lay his hands on the goat.

The high priest was to confess all the sins of the people over the goat. The confession of sin was important as a reminder of the people’s sinfulness. Throughout the Old Testament, we find God using a variety of symbols to remind the people. The Passover Feast was to remind future generations of what God had done in Egypt (Ex 12:24-27). God also instructed the Israelites to build a memorial in the middle of the Jordan to remind future generations of when God allowed the Israelites to cross the Jordan (Josh 4:4-7). I really thank one of the reasons God wanted the high priests to confess sins over the goat was to remind the people they were sinful; the people needed to remember that they weren’t perfect, but that they were, in fact, sinful.

The confession of sin was also important for the people’s humility; they needed to see themselves as God saw them, as sinners. Only by accepting the reality of their own sinfulness could they accept the graciousness of God. The same thing is true today: if I’m not willing to admit my own sinfulness I’m never going to be able to accept God’s graciousness.

The high priest was to send the goat away into the desert in the care of a man appointed for the task. Undoubtedly, this was to symbolize the removal of the people’s sins; just as the goat was taken away from the people, the people’s sins were taken away from the people. After the temple was erected in Jerusalem and the Day of Atonement was observed there, the Jewish people as a whole became quite involved in the driving away of the scapegoat. Some would poke it with sticks, and others would spit on it, urging it to begone. Finally, the goat was led across the Kidron Brook into the wilderness. Sometimes, to make sure the goat did not wander back into a town a rope with a rock was tied to the goat’s neck. The rock was then thrown over a cliff, with the goat plunging down afterwards.

The Jews have an old legend about the Day of Atonement. They claimed that at the moment the goat was carried out in the wilderness, a scarlet cord tied to the door of the temple immediately turned white. Even though that story is undoubtedly apocryphal, it illustrates an important truth: through God’s graciousness, our sins can become white.

Even in the Old Testament, a book of laws and regulations and vengeance and war, we find God’s offering forgiveness to his people. “As far as the east is from the west, so far does he remove our transgressions from us” (Ps 103:12). “Come now, let us reason together, says the Lord: though your sins are like scarlet, they shall be as white as snow; though they are red like crimson, they shall become like wool” (Is 1:18). “Who is a God like you, pardoning iniquity and passing over transgression for the remnant of his inheritance? He does not retain his anger forever, because he delights in steadfast love. He will again have compassion on us; he will tread our iniquities underfoot. You will cast all our sins into the depths of the sea” (Micah 7:18-19).

Now, let us think about the ways Jesus served as our scapegoat.

The application of the scapegoat to Jesus is no stretch, for the New Testament often refers to Jesus as a lamb. “Behold, the Lamb of God, who takes away the sin of the world!” (Jn 1:29). “Knowing that you were ransomed from the futile ways inherited from your forefathers, not with perishable things such as silver or gold, but with the precious blood of Christ, like that of a lamb without blemish or spot” (1 Pet 1:18-19). “And between the throne and the four living creatures and among the elders I saw a Lamb standing, as though it had been slain” (Rev 5:6).

There are two great similarities between the old scapegoat and the new Scapegoat.

Jesus was guilty of nothing; he was absolutely without sin. John 8:48. Hebrews 4:15.

Jesus vicariously took our sins upon himself. Isaiah 53:5-6. “This is my blood of the covenant, which is poured out for many for the forgiveness of sins” (Matt 26:28). “He himself bore our sins in his body on the tree, that we might die to sin and live to righteousness. By his wounds you have been healed” (1 Pet 2:24). All the suffering Jesus did was suffering that you and I deserved, yet he took that suffering that we might have the forgiveness of our sins.

In Norway there is a church building that has the figure of a lamb carved on it. A traveler asked what it meant. It did refer to Jesus as the Lamb of God, right? As the traveler was told, when the building was being constructed, one man was working high above the ground. He lost his footing and fell. Rather than dying from the fall, though, he fell on a sheep in a flock that was being herded past the building at that moment. It killed the lamb, but it probably saved that man’s life by cushioning his fall. The story was a vivid reminder to the people in that location that long ago another lamb had died so that we might live.

Another similarity was that the goat would suffer and die in the wilderness; Jesus also suffered and died for us.

That scapegoat left alone would die; Jesus died for our sins. “I am the good shepherd. The good shepherd lays down his life for the sheep” (Jn 10:11). Romans 5:6-8. “He has now reconciled in his body of flesh by his death, in order to present you holy and blameless and above reproach before him” (Col 1:22).

There was once a terrible war on the River Kwai, and the Japanese had many prisoners of war. At the end of a hard day’s work, a Japanese guard insisted that a shovel was missing. He ranted and raved, but no guilty party stepped forward. Finally, in his anger he shouted, “All die! All die!”

He raised his gun and prepared to shoot. Suddenly, a Scotsman stepped forward and said, “I did it.” One guard kicked him. Then they hit him. They bashed his head with their riffles. Soon he was dead. The other prisoners picked up his bruised body to bury it. The shovels were counted, and none were missing. The Scotsman, innocent of the accusation against him, had died in place of the other prisoners.

Likewise, Jesus, innocent of the accusations against him, died in the place of sinners. How grateful we ought to be that Jesus stepped forward and died in our place! Are you grateful for Jesus’ vicarious suffering? Are you showing that gratefulness in the way you live?