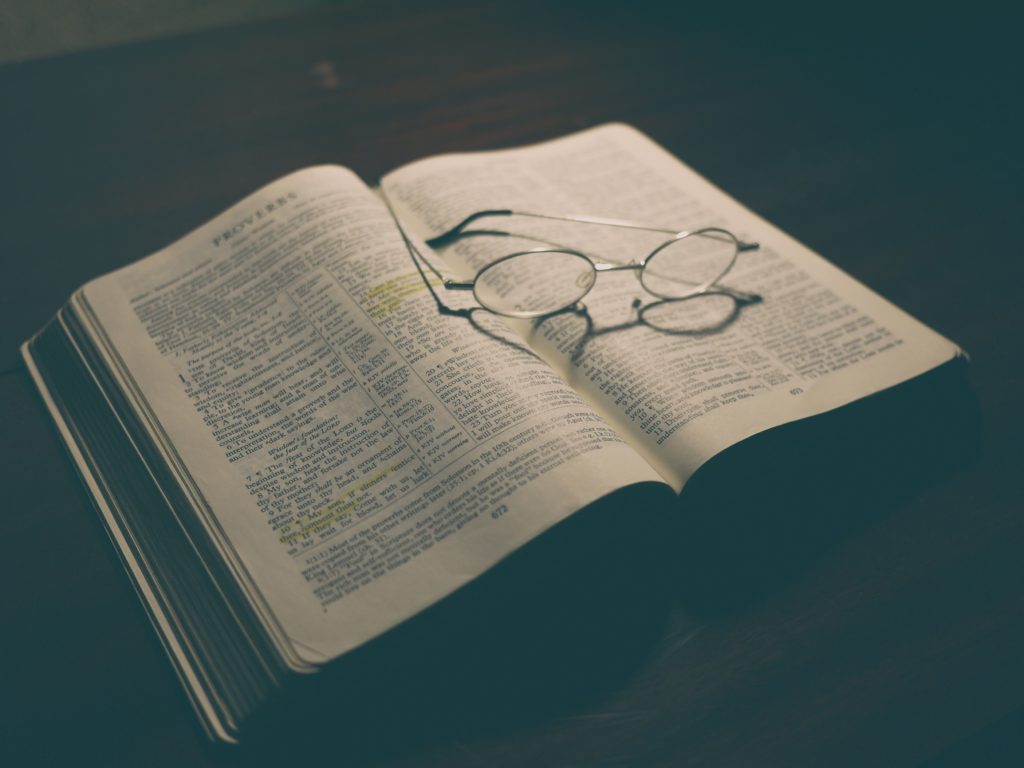 Henry Ward Beecher, the well-known denominational preacher, once met a friend who had just lost considerable money at a nearby club and was naturally in a bad temper. When Beecher greeted him, the friend replied with a series of oaths. The shocked Beecher lifted up his hands in horror and exclaimed, “What language, oh, what language!” This restored the friend’s good humor, and, laughing, he slapped Beecher on the back, and said, “It’s all right, Henry: you preach a great deal, and I swear a great deal, but neither of us means anything by it.”

This evening, we want to explore the exhortation Jude gave in his epistle.

Contending for the Faith, v 3

Jude had been eager to write about “our common salvation.” In many ways, that epistle–the one Jude did not write–is quite important. The idea of a common or shared salvation is quite significant. That idea says that no group is more important than another, for there is a common salvation among all of God’s people. That idea says that we have a shared life as Christians–we participate in the same activities and have fellowship with one another.

Instead of writing about the common salvation, Jude found it necessary to write and urge these Christians “to contend earnestly for the faith which was once for all delivered to the saints.” I really wonder here if we don’t get a glimpse into the process of inspiration. We’re told by Peter how inspiration took place: “Holy men of God spoke as they were moved by the Holy Spirit” (2 Pet 1:21). Jude was planning on writing about common salvation. Whether he was planning on doing so because of the leading of the Holy Spirit or simply because of his own desire we’re not told. It appears, however, that while Jude was planning his epistle on the common salvation, a crisis occurred among the Christians to whom Jude was going to write.

In Greek, the phrase “I found it necessary to write” betrays urgency. Jude could not take his leisure in writing about contending for the faith in the same way he was taking his time in writing about the common salvation. The crisis had come to a boiling point, and it was time for Jude to write.

He writes that these Christians should “contend earnestly for the faith;” “contend” is an athletic term which refers to an intense effort in a wrestling match. The idea is that we struggle for what we believe, that we fight for what we know is right. Sometimes are we not too afraid that we’ll hurt feelings and fail to contend for the faith? No, there’s never room to be rude or arrogant or condescending–after all, “Speaking the truth in love, [we] may grow up in all things into Him who is the head–Christ” (Eph 4:15). Yet, we must not shirk from contending for what we know is right.

Henry VIII, King of England, wrote a book against Martin Luther, for which the Pope conferred on him the title “Defender of the Faith.” As the tyrant appeared to be overjoyed at the acquisition, the jester of the court asked the reason. The King replied that he was overjoyed that the Pope had given him such a title, and the jester replied, “My good Henry, let thee and me defend each other, and let the faith alone to defend itself.” The jester didn’t quite get it right–Yes, Luther and Henry VIII were both wrong on numerous issues. Yet, in a very real sense, we need to be defenders of the faith; we need to make sure that truth and no error is taught.

Whether the phrase “once for all” refers to the writing of the New Testament or the outpouring of the Holy Spirit, the point is obvious: the gospel doesn’t change. It was delivered one time. We’re repeatedly informed in Scripture that the gospel doesn’t change. “Do not add to His words, Lest He rebuke you, and you be found a liar” (Prov 30:6). “Even if we, or an angel from heaven, preach any other gospel to you than what we have preached to you, let him be accursed” (Gal 1:8).

There are a couple important implications to the gospel’s unchanging nature.

The faith was entrusted to the saints. The Greek term for “entrust” or “deliver” is often used to refer to teaching which is handed down, transmitted from one person to another. The term is obviously in the passive here–the text reads, “the faith which was once for all delivered to the saints.” When terms occur in the passive tense in the New Testament, they are often what we call “divine passives.” A divine passive means that God is doing the acting, although He isn’t named. Thus, God is the One who gave the truth once for all to His people. Again, I think this points to Pentecost as the time when the faith was once for all revealed.

Let us, my brethren, be those who contend for the faith.

Corrupting of the Faith, v 4

Certain men whose condemnation had been written about long ago had secretly slipped in among these brethren. Deceivers have often come in among the church. Christians must “no longer be children, tossed to and fro and carried about with every wind of doctrine, by the trickery of men, in the cunning craftiness of deceitful plotting” (Eph 4:14). “Evil men and impostors will grow worse and worse, deceiving and being deceived” (2 Tim 3:13). Let this serve as a warning to us: if men will secretly come into the church, we need to be on our guard lest we be deceived! Let us search the Scriptures that we not be among the deceived!

The condemnation of these men had been written about long ago. The Greek term literally means “to write beforehand.” The word can mean either “predict” or “predestine” and context must determine which is meant. The context here doesn’t give us much evidence one way or the other. However, since we know that God doesn’t predestine individuals to salvation or condemnation, I think we should see this as prediction of these false teachers. The Old Testament prophesied that false teachers would come. “They have healed the hurt of the daughter of My people slightly, Saying, ‘Peace, peace!’ When there is no peace” (Jer 8:11). “They have seduced My people, saying, ‘Peace!’ when there is no peace–and one builds a wall, and they plaster it with untempered mortar” (Ezek 13:10). Through the Old Testament prophets, God was warning His people that many would come and teach error. Don’t you think God would give us that same message today: “Be on your guard; be careful what you believe”?

These false teachers are ungodly men, they change the grace of God into lewdness, and they deny Jesus Christ. The heretics lived a grossly immoral life–they were godless men who changed the grace of God into a license for immorality. They, like many in the first century, seemed to think that because God likes to forgive sin they ought to sin and sin and sin so that God would have opportunity to forgive.

That, of course, was a grossly wrong attitude. “What shall we say then? Shall we continue in sin that grace may abound? Certainly not! How shall we who died to sin live any longer in it?” (Rom 6:1-2). God’s grace, rather than a license for sin, ought to compel us to put away sin. If God loved us enough to send His Son to die for our sins, how can we live in sin?

The heretics also denied Jesus Christ, our only Sovereign and Lord. There were many in the early church who denied Jesus’ deity. “Many deceivers have gone out into the world who do not confess Jesus Christ as coming in the flesh. This is a deceiver and an antichrist” (2 John 7). Many in the first century were saying that Jesus did not come in the flesh–that He was some sort of apparition; He appeared to be flesh, but He was not. These heretics generally also said that it did not matter what you did in the flesh; you could commit any act of immorality as a Christian because God was so loving. It seems to me that this was the heresy that Jude here confronts.

What lessons can we learn from Jude’s admonition against these heretics?