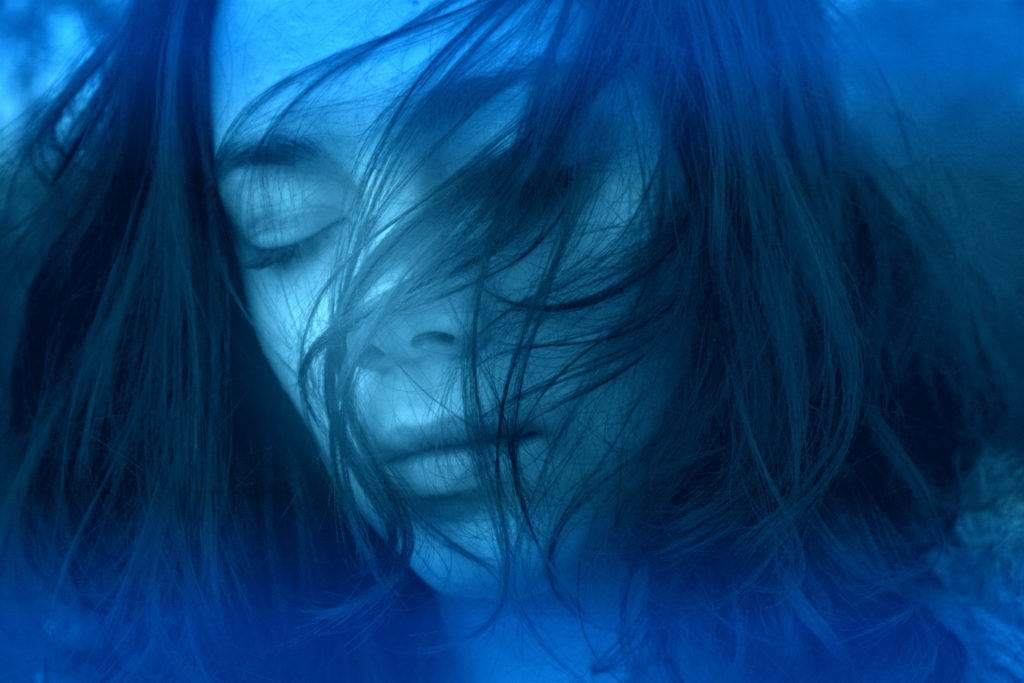 What do you do when God disappoints you too deep for words?

You might be tempted to say, “What a minute, Justin! God never disappoints.” It’s true that God always does what is right. “Shall not the Judge of all the earth do right?” (Gen 18:25). “He is the Rock, His work is perfect; For all His ways are justice, A God of truth and without injustice; Righteous and upright is He” (Deut 32:4).

But sometimes God doesn’t do what we want Him to do. I’ve seen that over and over in my work through the years:

I prayed over and over for a dear friend, one of our deacons, whose marriage was on the verge of collapse. Not long after I started praying for him, I had the “privilege” of reading his resignation letter because his wife had moved in with another man.

I prayed for a young man to survive some very serious self-inflicted injuries, and I, at the request of doctors and nurses, had the honor of talking to his parents about donating his organs.

Another time at the hospital, a man was dying, and his wife wasn’t in the room; she was standing down at the nurses’ station. I thought we had a few minutes before this man died, and I was going to go get his wife. There was a nurse behind me. Obviously, she had much more experience than I. She puts both of her hands on me, shoves me back in the room, and whispers fairly forcefully, “They need you now; I will go get his wife.”

There have been horribly tragic tales in my ministry. I had a wife come and talk about her husband’s illegal drug habit, I had a grandmother come and tell me that she regretted driving her daughter to get an abortion, and I’ve seen families lose everything due to flooding. I understand what the Bible teaches about free will and evil and suffering intellectually, but there are times I want to ask, “God, why do You allow this stuff to happen?”

I’m sure there have been times in your life that you’ve been deeply disappointed in God. Maybe you prayed deeply for a loved with deep groanings from your soul. . . And that precious soul still left this world. Maybe you prayed for a job, and God heard and answered that prayer. . . But that job is anything but what you prayed for. Maybe you prayed to God that Satan wouldn’t be able to tempt you in some way. . . But you succumbed to that temptation, and you bear the scars of that sin to this day.

What do you do when God disappoints?

Jonah found great disappointment in God. You know that God commanded Jonah to go and preach to Nineveh; you also know that Jonah did not go to Nineveh right away.

Of all the destinations in the world, why would God want Jonah to preach to Nineveh? Nineveh was the capital of the Assyrian Empire. For more than a hundred years, the Assyrian Empire had been the main rival of the Israelites—It would be as though we were being asked to go to Bagdad or Tehran or Moscow a few years ago.

You can’t blame Jonah for trying to get out of that preaching appointment. The Assyrians were cruel; Jonah might end up being tortured or executed. Jonah tells God at 4:2 that he didn’t want to preach to them, because he knew God would save them.

Jonah hates these people; he does not want them saved. The message God gave him to preach is a simple message: “Yet forty days and Nineveh shall be overthrown!” (Jon 3:4).

Jonah reluctantly preaches that message all through Nineveh. He then gets a prime spot where he can sit and watch the fire and brimstone; he gets his popcorn ready, he gets in his recliner, and he is ready for a show. The only problem is that the people repent and God, therefore, cancels the fire and brimstone matinee.

Jonah is disappointed with God. How does Jonah handle his disappointment with God? Well, to be perfectly honest, he handles his disappointment miserably. Jonah is one character is Scripture—a prophet of God—about whom I can say very little that is good. We’ll think this morning of Jonah as a horrible example.

God gives Jonah a nugget of truth that would carry Jonah—and that will carry us—through disappointment with God. That truth? “God acts in grace and mercy.”

When God saw that the Ninevites turned from their evil, Yhwh relented from His planned disaster.

God has always wanted people to repent instead of facing His wrath. “If My people who are called by My name will humble themselves, and pray and seek My face, and turn from their wicked ways, then I will hear from heaven, and will forgive their sin and heal their land” (2 Chron 7:14). God “is longsuffering toward us, not willing that any should perish but that all should come to repentance” (2 Pet 3:9).

When God saw the repentance of the Ninevites, He Himself repented of the evil He had planned to bring upon them.

If the people of Nineveh had refused to repent, do you honestly believe God would have turned from His destruction?

Jonah was exceedingly angry that God did not bring destruction upon Nineveh.

You see, Jonah has been greatly inconvenienced. He was minding his own business, and God sent him to Nineveh; God would not take “No” as an answer. Jonah has preached destruction, and God doesn’t deliver.

Plus, Jonah hated the Ninevites. He so wanted to sit down and watch the divine destruction.

Jonah says that he didn’t want to go to Nineveh because he knew God was a merciful God.

I really don’t know that I believe that. Yes, I believe God is merciful and loving. I’m just not so sure Jonah’s telling the truth about his motives. It seems to me that Jonah’s more fearful of his own skin. Isn’t it interesting that we’re talking about a prophet of God, and we’re not so sure he’s telling the truth? There’s a lesson there: Our lives need to match our words.

Jonah is so angry that he asks the LORD to take his life.

I’ve been angry in my time–plenty angry–but I’ve never even thought of asking Yhwh to take my life!

Although Jonah is angry with God, you learn that “God acts in grace and mercy.” You learn that from God—He refuses to destroy Nineveh when the people repent. You learn that from Jonah—Whether he’s being true to his original motives or not, the LORD is a “gracious and merciful God, slow to anger and abundant in lovingkindness, One who relents from doing harm.”

Jonah teaches us exactly what to do. Well, to be more precise, he teaches us what we ought not to do. Let’s think about how we can handle our disappointment with God.

When God disappoints, we continue to obey. You know that obedience to God is so very important. Obedience has always been important: “This day the LORD your God commands you to observe these statutes and judgments; therefore you shall be careful to observe them with all your heart and with all your soul” (Deut 26:16). When told that His mother and brothers were waiting to see Him, Jesus said, “My mother and My brothers are these who hear the word of God and do it” (Lk 8:21).

Jonah obeys God quite reluctantly. He only goes to Nineveh after the great fish had vomited him on some beach.

Why obey God when He doesn’t do what we wanted Him to do?

Because obedience is the bedrock of our lives:

Matthew 7:24-25. If you want to withstand the storms in life—times when God might disappoint—build your life on something permanent and unchanging.

“He who looks into the perfect law of liberty and continues in it, and is not a forgetful hearer but a doer of the work, this one will be blessed in what he does” (Js 1:25). If you want blessings from God in the midst of your life’s storms, you need to be obedient to Him.

How obedient to the Word of the Lord are you this morning?

Even in our disappointment with God, we cry out to Him.

Jonah prayed to God. Most of the second chapter is Jonah’s prayer out of the fish’s belly. “I cried out to the LORD because of my affliction, And He answered me. Out of the belly of Sheol I cried, And You heard my voice” (Jon 2:2).

Others have prayed when life was difficult. When Jehoshaphat heard a great army was coming against his kingdom, he prayed. Jesus fell face down in the Garden and prayed that the cup of His crucifixion might be removed from Him. Paul and Silas prayed in that jail cell in Philippi.

We pray, because we know that, even if we’re disappointed with God, God will help us bear the struggles of life. As Paul faced great calamity to the extent that he even despaired of life, he was helped by the prayer of his brethren (2 Cor 1:11). Cast “all your care upon Him, for He cares for you” (1 Pet 5:7).

Three: We do no harm.

To me the most despicable thing that Jonah does is put others in harm’s way. The ship which was taking Jonah to Tarshish was in such a fierce storm “that the ship was about to be broken up” (Jon 1:4). I have to wonder about Jonah’s delay in going to Nineveh. Were there people who died without repentance who would have repented if Jonah had gotten there earlier?

I’ve seen people who become disappointed with God and harm others in a big way. I can think of specific individuals who have lost loved ones who turned their back on God and sought to take others with them. I knew a family who lost a daughter to an undiagnosed heart defect. At the funeral, her father spoke and said that he was so angry at God because his daughter died, and he wanted nothing more to do with God. There was no preacher at the service, and they made it clear that no preacher was welcome there. Who knows what harm might have come from that?

When we’re disappointed with God, we need to be careful we don’t allow others to drift from Him. In that light, I can’t help but think of what Jesus says: “Whatever you want men to do to you, do also to them, for this is the Law and the Prophets” (Matt 7:12).

People will watch our behavior. We can lead them closer to God or further from Him, depending on how we respond when God disappoints.