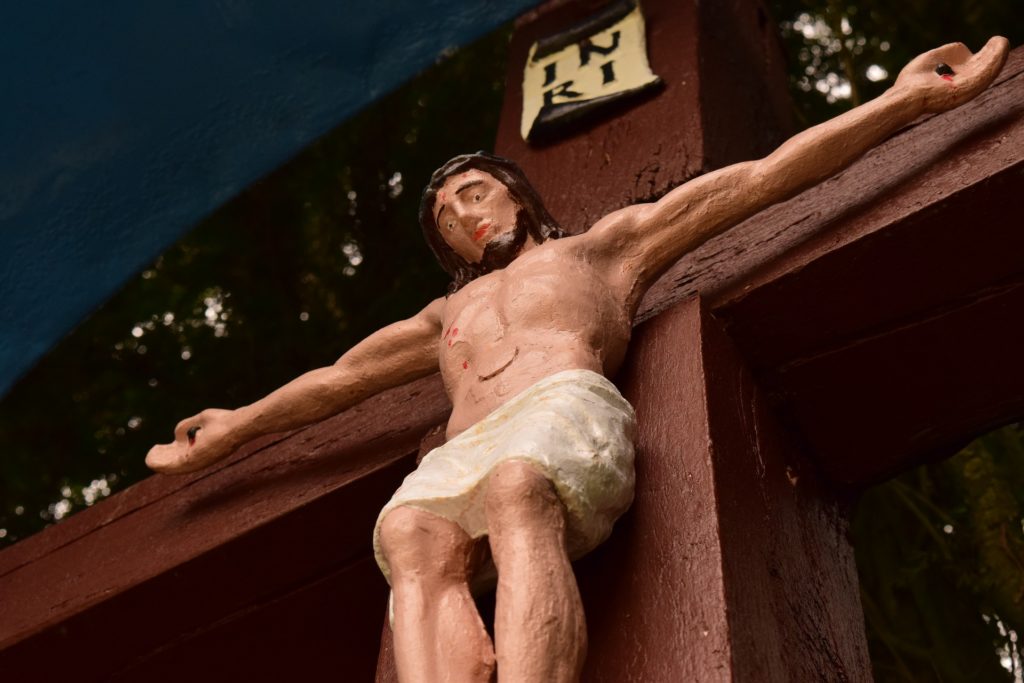 Some priests and Levites came to John and asked him if he was one of several end-time figures the Jews expected.

John said that he was the voice of one crying in the wilderness. The Jews asked John, “Then who are you?” John uses the words of Isaiah (Is 40:3). The context in Isaiah is straightening out the desert so that God could lead his people out of Egypt. John’s role was to prepare the way for Jesus.

Here’s the essence of John’s message: I’m not any great figure; he is yet to come. John pointed to Jesus, not himself. We need people today who point to Jesus.

John pointed them to Jesus. He said he baptized with water, but someone else was coming. John was not even worthy to untie the thongs of his sandals. Untying the sandals was a job for a slave; John says, “I am not even worthy to be Jesus’ slave.” John wasn’t worthy to be Jesus’ slave because Jesus came before John (Jn 1:15). Since John was older than Jesus, this refers to Jesus’ pre-existence.

The day after the Jews came to him, John saw Jesus, and John cried out, “Behold, the Lamb of God who takes away the sin of the world!” Jesus came into this world to be our sacrifice. He came to take away our sins.

John came baptizing so that Jesus might be revealed to Israel.

Jesus is the Messiah. John saw the Spirit descend as a dove and remain on Jesus. God told him that the one upon whom he saw the Spirit remain would baptize with the Holy Spirit. John had seen and borne witness that Jesus is the Son of God. John was, in essence, saying, “This is the one!”

Jesus is the One who can take away your sins. He is the Lamb of God.

If you need to respond to the invitation, we give you that chance while we stand and sing.