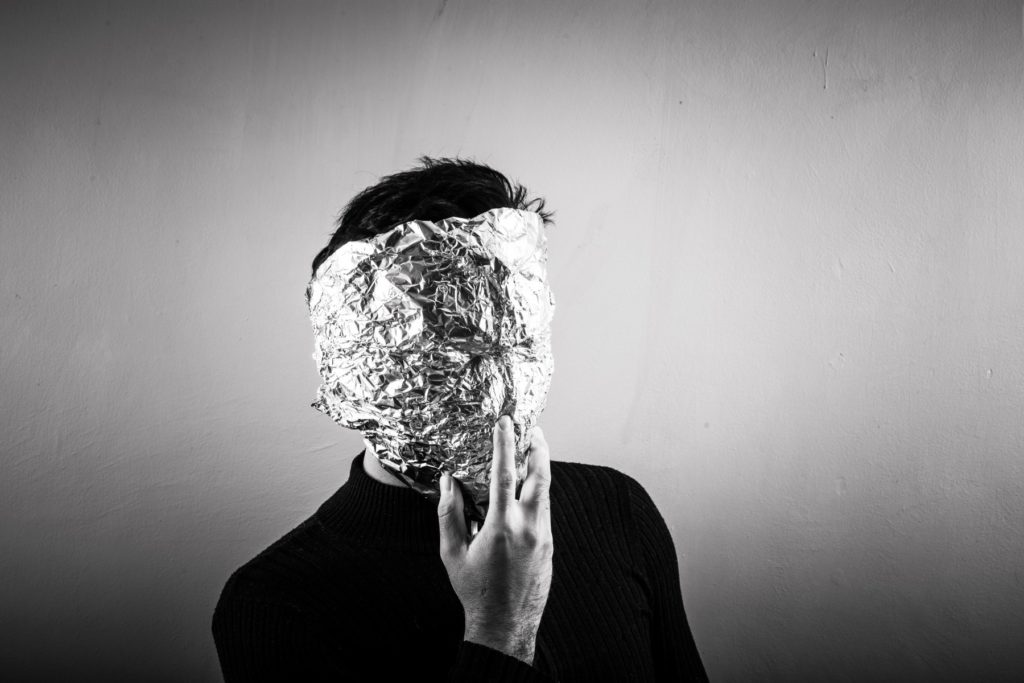 A man had a dream in which he died and was taken by the angels to a beautiful temple. After admiring it for some time, he discovered that one little stone was left out. He said to the angel, “Why is this stone missing?” The angel replied, “You were supposed to put that stone in; but you wanted to do great things, and so there was no room left for you.” He was startled, awoke, and resolved that he would become a worker for God, and that man always worked faithfully after that.

We need individuals who will be faithful in little things as well as big things. Far too many people want to do “big things” for God. Preachers want to preach in the biggest churches. Teachers want to teach the nicest classes. People want to visit the hospital only when they’ll get the most recognition. We must not be people who only serve God in “big” ways!

Nathanael was a man who was faithful in “little” things. In fact, he was so faithful in “little” things that we know nothing about him; we don’t really know who this Nathanael is. There are several scholars who equate him with Matthew, and others equate him with Bartholomew. Individuals often had more than one name in antiquity, thus it’s often difficult to know if you’re talking about two different people or the same person. For example, Barnabas was also named Joseph (Acts 4:36); it’s quite possible, therefore, that Nathanael is one of the twelve apostles.

However, only John mentions Nathanael, and it’s possible, therefore, that he was a disciple, but not an apostle. Jesus had many disciples who were not apostles. “When it was day, He called His disciples to Himself; and from them He chose twelve whom He also named apostles” (Lk 6:13) — Notice that Jesus called His disciples, and from that group He chose apostles. “After these things the Lord appointed seventy others also, and sent them two by two before His face into every city and place where He Himself was about to go” (Lk 10:1). It’s not impossible that Nathanael was part of this larger group of disciples and not an apostle. We simply do not know.

However, Nathanael can teach us several lessons from his first encounter with Jesus.

Nathanael Was Brought to Jesus By a Friend, vv 43-45

Jesus found Philip and said to him, “Follow Me.” It was quite unusual in Jesus’ day for teachers to call their own followers. Generally ancient students or even their parents chose their teachers, not vice versa. But here Jesus is seen choosing his students. What that seems to say is that Jesus isn’t a teacher like any other teacher. He’s not a Socrates teaching and waiting for students to come to Him; Jesus is on a mission, and He’s going to go out and find the best students and train them for a specific mission.

Jesus told Philip to follow Him. We don’t usually think of this instruction of Jesus in a literal sense, but it could very well be. Disciples often showed respect to their master by following behind him. Thus, Philip becomes a disciple of Jesus, and he follows Him.

Philip found Nathaniel and told him, “We have found Him of whom Moses in the law, and also the prophets, wrote–Jesus of Nazareth, the son of Joseph.” Philip’s description of Jesus shows that he and Nathanael were both students of the Law. They knew the prophecies both of Moses and the prophets. Through his encounter with Jesus, Philip became convinced that Jesus was the One about whom Moses and the prophets had written.

That certainly seems to indicate that you will have more influence than I. I would be more this happy to do whatever I can. If you want me to go with you, guide you, or whatever, I’m willing to do so. But to be perfectly honest, there are a lot of people who clam up when the preacher comes around; he’s just not a normal person in their eyes. You, therefore, a “normal” person might be able to have more influence. Let us use whatever influence we have to bring our friends to Jesus!

When Nathanael heard that Jesus was from Nazareth, he exclaimed, “Nazareth! Can anything good come from there?” There was certainly no Jewish expectation that the Messiah would come from Nazareth. Nazareth seems to have been a traditional Jewish community within Galilee. Priests later considered Nazareth ritually clean enough to move there. But, Nazareth was a small village of between sixteen hundred and two thousand people, and texts before the New Testament do not even mention the town. So, Nathanael seems to say, “Nazareth is small, it’s insignificant. What good can come from there?”

We need to be careful that we are not prejudiced people. Nathanael thought that because Jesus was from a small and insignificant village that He couldn’t amount to much. We might be tempted to do the same thing. Some people tend to think that because certain individuals are black or Asian or Mexican that they’ll never amount to anything. Tammy and I were living in Kentucky when a large Hispanic population moved in to work in the tobacco fields. People at the congregation were terrified of these immigrants because they were different. Some of the people at church would even use slurs in describing these people. But, brethren, they are people made in the likeness and image of God just as you and I! Some people tend to think that because someone has committed a certain sin that he or she can’t be of service in the church. Some people tend to think that because someone is poor or uneducated that he or she will never amount to anything.

My brethren, make no mistake: Prejudice is a SIN. “I charge you before God and the Lord Jesus Christ and the elect angels that You observe these things without prejudice, doing nothing with partiality” (1 Tim 5:21). “If you really fulfill the royal law according to the Scripture, ‘You shall love your neighbor as yourself,’ you do well; but if you show partiality, you commit sin, and are convicted by the law as transgressors” (Js 2:8-9). Let us show no prejudice!

Nathanael was Without Guile, v 47

Jesus said of Nathanael, “Behold, an Israelite indeed, in whom is no deceit!” The mention of a true Israelite without deceit is clearly a wordplay on Israel who was a man of guile. When Esau came to Isaac to be blessed, Isaac said to Esau, “Your brother came with deceit and has taken away your blessing” (Gen 27:35). Notice what Laban said to Jacob: “What have you done, that you have tricked me and driven away my daughters like captives of the sword?” (Gen 31:26, ESV). Jesus says, in essence, “The man named Israel was a man of deceit, but not this true Israelite. There’s nothing false in him.”

Robert Brandt is a doctor in Pennsylvania who took his sons camping one night and by the campfire told them this story: About a hundred years ago there was a man who worked in a stone quarry who was injured by a sliding boulder. His foot was crushed. He was dirt poor, and he feared losing his job for he had children in diapers and a pregnant wife. Because he couldn’t afford a horse, he had to walk everywhere; so his injured foot was a constant, throbbing trial. A few days later, on payday, he limped to the general store for groceries, and then hobbled home. When he pulled his receipt from his pocket, he discovered that he had been given too much change. What should he do? As his worried wife watched from the kitchen doorway, he began limping every searing step back to the store to return the change.

After Dr. Brandt had told that story to his children, he asked them, “What do you think guys? Did he do the right thing? Was that trip necessary?” The boys quickly offered several alternatives, but after a spirited discussion, they concluded that he had done the right thing. Then the boys slid down into their sleeping bags as the fire died down. Only then did Dr. Brandt tell them the rest of the story. “The young father who worked in the stone quarry never became rich, but he lived a long, happy and honorable life. Before he died, he had passed his values in honesty to his children and his grandchildren. Even his great-grandchildren still hear about his honesty.” “Where did you hear that story anyway, Dad?” asked Roger. “When I was just a boy about your age, I heard it from a kind old man sitting in a rocking chair with a cane between his knees. I sat spellbound as he rocked, slowly spinning his cane as he told me that story about himself. He was my grandfather, and your great-grandfather!” Will our children, grandchildren, and great-grandchildren know about our honesty and integrity?

Yet, we must not think that we only confess Christ prior to our baptism; our lives need to be a confession of the Lord Jesus Christ — Every time I do the right thing I have an opportunity to confess Jesus.

Jesus promised Nathanael that he would see great things: “I say to you, hereafter you shall see heaven open, and the angels of God ascending and descending upon the Son of Man.” The opening of heaven indicates a divine revelation: “Now it came to pass in the thirtieth year, in the fourth month, on the fifth day of the month, as I was among the captives by the River Chebar, that the heavens were opened and I saw visions of God” (Ezek 1:1). The mention of angels ascending and descending remind us once more of the narrative of Jacob: “He dreamed, and behold, a ladder was set up on the earth, and its top reached to heaven; and there the angels of God were ascending and descending on it” (Gen 28:12). Thus, Jesus becomes the true Israelite who reveals the will of God to nation of Israel.

Nathanael is a disciple of whom we know for sure only what’s mentioned here. We don’t know for sure that he was Bartholomew or Matthew. He could have been another apostle, or he may have simply been a disciple. Although we know little about him, God saw fit to teach us some lessons by having John record Nathanael’s first encounter with Jesus. Two thousand years from now, if this world still stands, the people of the world will know nothing about us–just as we really know nothing about Nathanael. But, Jesus knew Nathanael, and Jesus called him to be a disciple. Tonight, Jesus calls you to be a disciple. Will you be known to Jesus as a disciple?