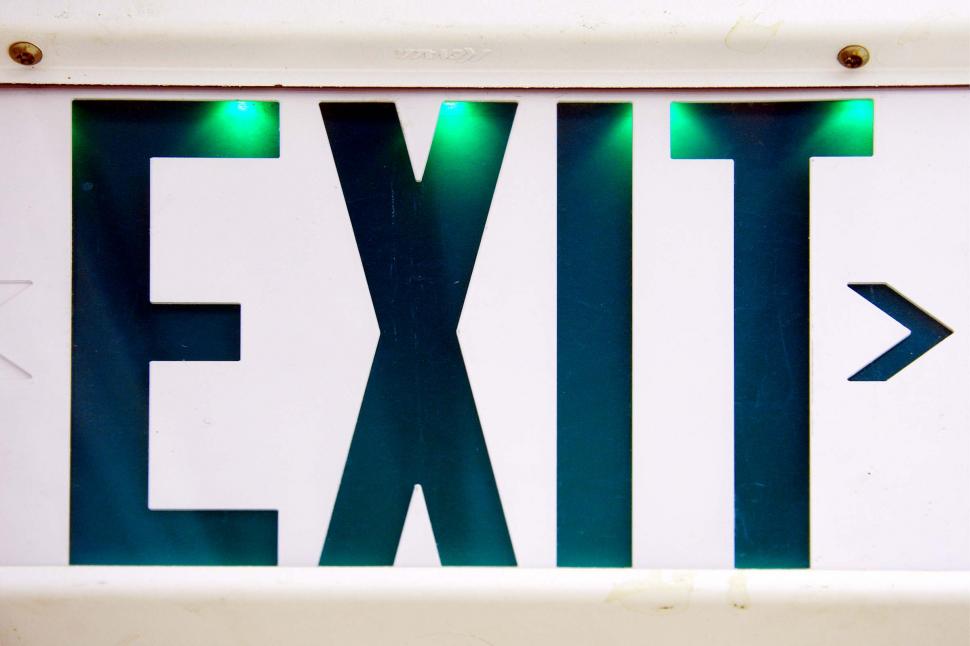 During World War I, a Christian taught and baptized the son of a prominent American family. He was in the service, and he was soon sent overseas. The war ended. The day came when he was to return to his pre-war life in the wealthy suburb of a large American city. He talked with the preacher who had baptized him about life with his family and expressed fear that he might soon slip back into his old habits. He expressed his fear that love for parents, brothers, sisters, and friends might turn him from following after Jesus. The preacher told him that if he was careful to make a public confession of his faith in Christ, he would not have to worry. He would not have to give improper friends up. They would give him up.

As a result of this conversation, the young man agreed to tell the first ten people of his old life whom he encountered that he had become a Christian. Almost immediately, he met a girl whom he had known socially. She was delighted to see him and asked how he was doing. He told her, “The greatest thing that could possibly happen to me has happened.” “You’re engaged to be married,” she exclaimed. “No,” he told her, “It’s even better than that. I’ve become a Christian.” The girl’s expression froze. She mumbled a few polite words and went on her way.

A short time later the new Christian met a young man whom he had known before going into the service. “It’s good to see you back,” he declared. “We’ll have some great parties now that you’ve returned.” “I’ve just become a Christian,” the veteran said. Again, it was the case of a frozen smile and a quick change of conversation. After this, word got around, and soon some of his friends stopped seeing him. His friends had left him quite soon.

In tonight’s text, the Lord Jesus himself experiences something quite similar. The Lord is teaching about his being the true manna that has come down from heaven and a great crowd turns back from following him. Yet, Peter, speaking for the Twelve, refuses to leave. As we explore this text, we see that it’s because of Jesus’ words that so many left so soon and the disciples stayed.

With the great power of Jesus’ words in mind, let’s explore what those words can do.

“When many of his disciples heard it, they said, ‘This is a hard saying; who can listen to it?”

Jesus had just declared some things that were quite difficult for his disciples to digest. “‘I am the living bread that comes down from heaven. If anyone eats of this bread, he will live forever. And the bread that I will give for the life of the world is my flesh.’ The Jews then disputed among themselves, saying, ‘How can this man give us his flesh to eat'” (vv 51-52). “Whoever feeds on my flesh and drinks my blood has eternal life, and I will raise him up on the last day” (v 54). These words cause us no difficulty whatsoever, for we understand that Jesus was speaking concerning the Lord’s Supper. However, those who first heard Jesus thought in literal terms of cannibalism-In fact the Jews disputed about how Jesus could give them his flesh to eat (v 52). Cannibalism was universally abhorred in the Greco-Roman world-only a few barbarians here and there practiced such a despicable practice. In fact, the Lord’s Supper caused many opponents of the early church to accuse our first brethren of cannibalism and this even led to persecution. Jesus explains that he doesn’t mean cannibalism at all. “It is the Spirit who gives life; the flesh is no help at all. The words that I have spoken to you are spirit and life” (v 63). Jesus doesn’t inform his hearers precisely that he refers to the Lord’s Supper, but he informs them that he speaks spiritually, not physically. Although the Lord informs the Jews that he doesn’t speak concerning cannibalism, many disciples still turn back from following him-the words Jesus has spoken are difficult.

Sometimes, as in the case of our passage, people have difficulty with Jesus’ words because they misunderstand them. The people hearing Jesus thought he was speaking about cannibalism. Jesus informs them that he’s speaking in a spiritual sense, but he doesn’t tell them how it applies spiritually. Why would the Lord, seeking to draw disciples to himself, speak in terms easy to misunderstand and not tell them precisely what he meant? I’m persuaded it has to do with true faith. Jesus wanted his disciples to trust him to the point that he could speak in images, say I’m speaking spiritually, and have his disciples accept what he was saying without knowing all the particulars.

Do the words of God not often call for trusting that what God has said is true even though we don’t fully understand? Abraham demonstrated that kind of trust. “By faith Abraham obeyed when he was called to go out to a place that he was to receive as an inheritance. And he went out, not knowing where he was going” (Heb 11:8). Abraham had no idea where he was going, but God said, “Go,” and he went. “By faith Abraham, when he was tested, offered up Isaac, and he who had received the promises was in the act of offering up his only son, of whom it was said, ‘Through Isaac shall your offspring be named.’ He considered that God was able even to raise him from the dead” (Heb 11:17-19). God had promised Abraham that Isaac was the child of promise and then God says, “Sacrifice your son to me.” Abraham isn’t quite sure how things are going to work out, but God had said, “Sacrifice” and Abraham went. We don’t have to put our human reasoning around everything God has said for God’s word to be true. The Jews didn’t have to understand fully what Jesus meant when he spoke of eating his flesh for those words to be true.

The words of Jesus are often difficult and cause many to stumble. We can read this about eating Jesus’ flesh and drinking his blood without any difficulty, without any stumbling. But, that’s not the case with much of what Jesus taught. “I say to you that everyone who is angry with his brother will be liable to judgment” (Matt 5:22). How easy is it to become angry? How difficult are these words of Jesus to put into practice? “Whatever you wish that others would do to you, do also to them, for this is the Law and the Prophets” (Matt 7:12). How difficult are those words? It’s easy to do to others as they do to us-but to treat everyone the way we want to be treated is far from easy.

How many people refuse to follow the Lord because his words are so difficult? I remember quite well working with a gentleman in Kentucky. He was quite interested in learning the truth; I studied with this man for about three weeks and he wanted to be baptized. He was getting ready to leave for work on the second shift and he asked if I could meet him at the church building about midnight. I was more than happy to do so. I baptized him and his wife that night, and I continued to study with him. One day he asked about a difficult subject and I knew of no better answer than one Jesus himself had given. We turned and read Jesus’ answer. He said, “Justin, I can’t do that.” He left the Lord, never to return because of those difficult words.

“After this many of his disciples turned back and no longer walked with him.”

Many of those who had been following Jesus turned away. We know that at various points of Jesus’ ministry, many people followed him. “Great crowds accompanied him” (Lk 14:25). “The Pharisees had heard that Jesus was making and baptizing more disciples than John” (Jn 4:1). However, because of the difficulty of these words, many disciples turn away from Jesus and cease following him. Jesus’ words were just too difficult for them to continue following him.

There are many who turn back from following Jesus because they have a difficult time accepting his words. hen Jesus told a rich young man to sell all he had and give to the poor, “the young man . . . went away sorrowful, for he had great possession” (Matt 19:22). “The ones on the rock are those who, when they hear the word, receive it with joy. But these have no root; they believe for a while, and in time of testing fall away” (Lk 8:13). It was just too difficult to continue following Jesus when things got difficult.

We need to be every so careful that we do not desert the Lord on account of his words, because:

“So Jesus said to the Twelve, ‘Do you want to go away as well?’ Simon Peter answered him, ‘Lord, to whom shall we go? You have the words of eternal life, and we have believed, and have come to know, that you are the Holy One of God.'”

After the disciples had left, Jesus turns to the Twelve and asks if they want to leave, too. Why would Jesus even ask the disciples this question? He knows the answer: “Jesus knew from the beginning who those were who did not believe, and who it was who would betray him” (v 64). If someone other than Jesus had said these words, I’d be really tempted to believe the speaker was throwing a “pity party” and saying, “No one wants to follow after me. Why don’t you folks just leave me, too?”

Of course, Jesus has a purpose in asking this question and I’m convinced that purpose is to give the disciples an opportunity to choose. Would the disciples continue to follow Jesus, even though they might not understand everything about the spiritual realm or would they turn back from him and prefer their “comfort zones”?

That was the decision Joshua laid before the people of Israel. “Choose this day whom you will serve” (Josh 24:15). Joshua “threw down the gauntlet” and told the Israelites they needed to decide whether they would follow the LORD or if they would follow the gods of their pagan neighbors. Whom will we serve?

Peter answers Jesus, “Lord, to whom shall we go? You have the words of eternal life, and we have believed, and have come to know, that you are the Holy One of God.” Peter, in essence, says, “Jesus, there is no one else for us to follow.” Why? Because Jesus has the words of eternal life. The words of Jesus may be difficult; they may challenge us; they make shake us to our core. But, it is those words that can impart eternal life. “I have not spoken on my own authority, but the Father who sent me has himself given me a commandment-what to say and what to speak. And I know that his commandment is eternal life. What I say, therefore, I say as the Father has told me” (Jn 12:49-50). “Truly, truly, I say to you, if anyone keeps my word, he will never see death” (Jn 8:51).