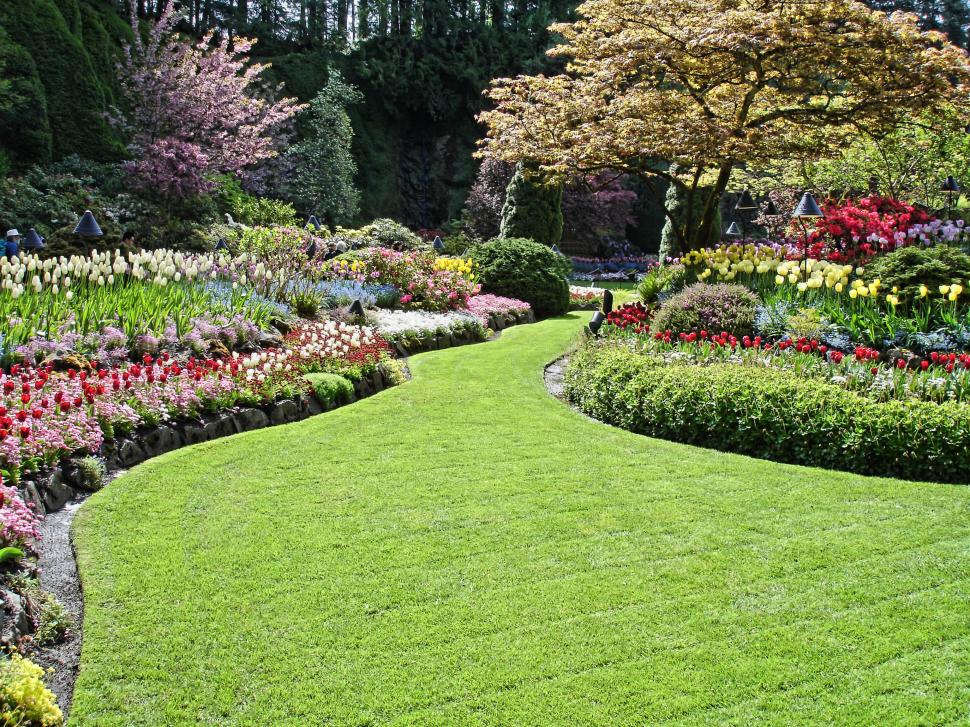 Thank God that the women came to an empty tomb! Jesus’ resurrection established that he is, in fact, the Son of God (Rom. 1:4). If Jesus has not been raised, our sins have not been forgiven (1 Cor. 15:17). We shall be raised because of Jesus’ resurrection – “Christ is risen from the dead, and has become the firstfruits of those who have fallen asleep” (1 Cor. 15:20).

This morning, when the world’s attention is focused upon the resurrection of Jesus, we want to focus our attention on the time that Mary came to the garden alone. She found that garden to be:

Mary stood outside by the tomb weeping, and as she wept, she stooped down and looked into the tomb. This is Mary’s second visit to the empty tomb. On her first visit, she discovered the tomb empty and ran and told Peter and John that the Lord had been taken from his resting place (20:1-2). Now, Mary returns to the tomb to attempt to discover what had happened to Jesus’ body.

Mary wept, not because the Lord had died, but because she did not know where to find his body. Among the Jews of this time period, abusing corpses was an extreme insult. Notice the reaction of the inhabitants of Jabesh-gilead when they heard that Saul’s body and the bodies of his sons were mistreated (1 Sam. 31:9-13). The respect of the corpse itself was so high in ancient Palestine that grave robbers seldom took the body; they just took everything else. Mary has come to bestow respect upon Jesus’ body, but she could not find that body.

Mary saw two angels in white sitting, one at the head and the other at the feet, where the body of Jesus had lain. Jesus’ body has been replaced with two angels. Mary, perhaps due to her tears, could not tell that these men were angels.

What despair Mary felt in the garden! Mary wanted to pay her final respects to Jesus, but now that she has no body to anoint she will be unable to give his body honor. Although Mary’s despair here must be seen primarily in terms of loosing Jesus’ body, she must have felt great despair at Jesus’ crucifixion. Jesus had cast seven demons out of Mary (Mk. 16:9). Who would cast out those demons now? Without any doubt, Mary had high hopes that Jesus was the Messiah, but now he had been crucified and all hope was gone.

After Mary had spoken to the angels, she turned around. She saw Jesus standing there but she did not recognize him. Many scholars have attempted to see two oral traditions mixed together here. They say that this reference to Mary’s turning around just doesn’t make sense. But, undoubtedly, she sensed the presence of someone else at the tomb. Mary knew that someone was standing behind her, and she turned to see who it was. Who among us would not turn around if we sensed someone was standing right behind us?

She saw Jesus, but she failed to recognize him. This is one of the most puzzling aspects of the New Testament. What was the form of Jesus’ resurrected body? We are often told that Jesus was in a form that he was not readily recognized by those who saw him. Mark tells us that Jesus “appeared in another form” to the two on the Emmaus Way (Mk. 16:12). Luke tells us that the eyes of the two “were restrained, so that they did not know Him” (Lk. 24:16). When Jesus first appeared to the Twelve, “they were terrified and frightened, and supposed they had seen a spirit” (Lk. 24:37). Jesus’ body was different after the resurrection than before it – Jesus came through the doors of the place where the apostles were gathered (Jn. 20:19). Even though Jesus’ body was different after the resurrection, he still had a physical body. Thomas felt Jesus’ hands and side (Jn. 20:27-28). Jesus’ ate some broiled fish after his resurrection (Lk. 24:42-43). The only way we can understand this is from Paul’s words in 1 Corinthians 15:44 about what our bodies will be like in the resurrection – “It is sown a natural body, it is raised a spiritual body. There is a natural body, and there is a spiritual body.”

Jesus said to her, “Woman, why are you weeping? Whom are you seeking?,” Jesus, still veiled to Mary, asked her why she weeps and for whom she is looking.

Mary believed Jesus was the gardener, and she said to him, “Sir, if You have carried Him away, tell me where You have laid Him, and I will take Him away.” Mary believed Jesus was the gardener – Gardeners were very low on the social scale in first century Palestine, and he would have worked with the garden itself and had nothing to do with the tomb. She asked Jesus where the Lord was so that she could take him away. Notice the simple devotion in Mary’s words – she did not think about how she, by herself, would carry the corpse of a full-grown man, nor does she think about how she would explain her possession of this corpse. She simply loves Jesus and wants to give him a proper burial.

Jesus said to her, “Mary!” She turned and said to him, “Rabboni!” (which is to say, Teacher). All Jesus had to do was say Mary’s own name and Mary knew who he was – Jesus must have said her name in just a certain way so that when he said her name, Mary knew who he was. She turned and said, “Rabboni!” “Rabboni” in Hebrew means “my teacher,” and is more personal and informal than “Rabbi.” Here, Mary not only understands who is before her, but she acknowledges Jesus as her teacher.

Mary’s despair quickly turns to delight when she realizes that the Lord has been resurrected. She could have newfound faith in Jesus as the Messiah, and she could understand the Scriptures in a new way.

Jesus said to her, “Do not cling to Me, for I have not yet ascended to My Father; but go to My brethren and say to them, “I am ascending to My Father and your Father; and to My God and your God.” This is one of the most difficult passages to understand in the entire Bible. Why did Jesus tell Mary not to touch him when he allowed Thomas to touch him? The New King James Version translates this sentence quite well; the verb translated “Touch me not” (King James Version) is probably better translated “Stop clinging to me.” The reason that Mary needed to stop clinging to Jesus was so that she could go testify for him; she had work to do.

Mary needed to go to Jesus brethren and tell them that he was ascending to God. Jesus here calls his disciples his “brethren.” What a blessing to be called a brother of Jesus! “Whoever does the will of God is My brother and My sister and mother” (Mk. 3:35). “He who sanctifies and those who are being sanctified are all of one, for which reason He is not ashamed to call them brethren” (Heb. 2:11). If you are doing the will of God, you are a brother of Jesus!

Mary needed to tell the disciples of Jesus’ upcoming ascension. Notice here that Jesus emphasizes that he has a different relationship with God than the apostles had – he speaks of “My Father and your Father” and “My God and your God.” The ascension was important to the apostles. Jesus told the disciples, “I go to prepare a place for you” (Jn. 14:2). Again, Jesus told the disciples, “It is to your advantage that I go away; fir if I do not go away, the Helper will not come to you; but if I depart, I will send Him to you” (Jn. 16:7).

Mary Magdalene came and told the disciple that she had seen the Lord, and that He had spoken these things to her. Mary fulfilled her commission by the Lord, and she told them that she had seen the Lord and that he was ascending back to the Father. We, like Mary, need to find the garden of duty and do our duty of telling others of Jesus. God has called his people to share their faith with others. “The fruit of the righteous is a tree of life, And he who wins souls is wise” (Prov. 11:30). Jesus told his disciples, “Follow Me, and I will make you fishers of men” (Matt. 4:19).

Will you go to the “Garden of Duty”?