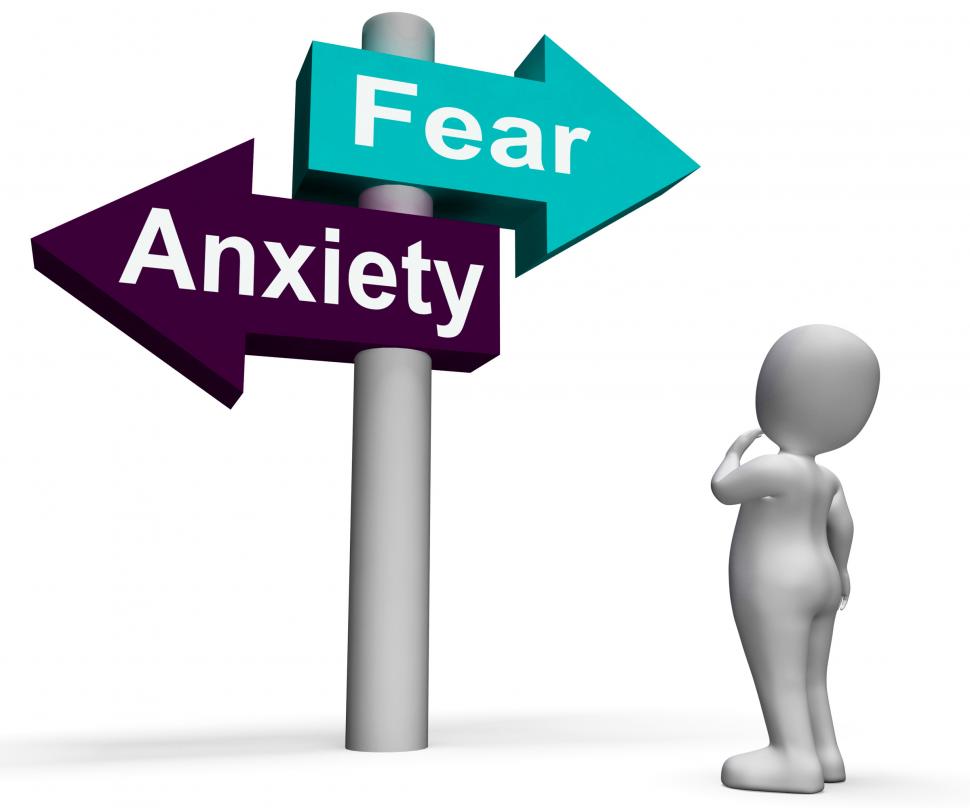 On April 15, 2013, I went home a little earlier than usual. I don’t remember why I went home early, but I got home about 3:00 that afternoon. When I walked in the door, Wil was playing on our Xbox. But, about that time, I received an email from Fox News saying that two bombs had exploded at the Boston Marathon. I knew then that, in some way, America had been attacked yet again. I made Wil turn off the Xbox. Tammy and I were glued to the TV the rest of the evening.

The whole point of terrorism, of course, is to cause fear and terror. I can remember walking downtown Charleston, West Virginia after the 9/11 attacks. I was going into a hospital as a plane flew overhead going to the airport for a landing. That was scary.

But, it doesn’t take terrorism to strike fear in our hearts. How many of you have been truly terrified at times in your life? Maybe the weather gave you quite a fright–I’ve experienced a fair amount of fear over tornadoes and flash floods. Maybe a medical diagnosis has brought great trepidation to your life. Maybe your marriage has faced some serious upheaval, and you were terrified your marriage would fall apart. Maybe you’ve had a great deal of fear over a child who spent time sowing wild oats. Whether we like it or not, fear is a real consequence of living in a fallen world.

In this morning’s text, Jesus informs the disciples that even with their world crumbling around them that they have nothing to fear. How can we face the terrors of this life without fear? The Lord tells us in this morning’s text: “With Jesus as Lord, we have no reason to fear.”

“Let not your heart be troubled.” The disciples had every reason to have troubled hearts. Jesus has just told the disciples that He will be with them “a little while longer.” Peter is going to deny the Lord. The disciples’ world is falling apart. They’ve left everything to follow Jesus. Peter says: “See, we have left all and followed You” (Mk 10:28). They had left everything, and Jesus is now saying that He is leaving them. Peter, who has just said that he would be more than happy to lay down his life for Jesus, has just been told that he will deny the Lord three times. In spite of all that was happening, the disciples had no reason to allow their hearts to be troubled.

How could the disciples keep their hearts from being troubled? “You believe in God, believe also in Me.” There are two possible ways of understanding Jesus here. This could simply be a statement of fact as the King James Version puts it: “You do believe in God; you can also believe in Me.” It’s equally possible that this is a command as in the English Standard Version: “Believe in God; believe also in me.” It doesn’t matter. What matters is that Jesus is pointing to our faith in Him as a way of overcoming our fear. If you want to overcome fear in your life, put your trust and confidence in God.

“In My Father’s house are many mansions.” “Mansions” is literally “rooms.” In Jesus’ day, sons would build extra rooms to their father’s house when they got married. In time, we would have a large compound built around a common courtyard. That’s the idea in this text: Every child of God is at home with the Father. The disciples would have heard Jesus here and thought “home.”

“If it were not so, I would have told you” — We know that we can trust the words of Jesus.

Jesus goes to prepare a place for us — He didn’t leave our eternal dwelling place to chance, but He has prepared it for us.

Jesus will come again so that we can be with Him. As I read through this text, I can’t help but get the feeling that Jesus is all about relationships. It’s not just that heaven is about a nice place with a nice mansion. It’s about the opportunity to be with God and His Son Jesus Christ.

For whatever reason, Thomas doesn’t get what Jesus is talking about and says that the disciples cannot know the way without knowing where Jesus is going.

“With Jesus as Lord, we have no reason to fear.” That’s what Jesus Himself is teaching us in this text. This text tells us much we can do to overcome fear in the face of danger.

We can trust in Jesus.

Jesus says that the disciples should believe in Him, trust what He says. Trust in the Lord is often seen as a way of overcoming fear and trepidation. “Preserve me, O God, for in You I put my trust” (Ps 16:1). When God had saved David from the hand of his enemies, David declared, “The LORD is my rock and my fortress and my deliverer; My God, my strength, in whom I will trust; My shield and the horn of my salvation, my stronghold” (Ps 18:2).

How can we possibly put our trust in God when the world is turning upside down? Many folks would laugh at us. They would say, “If God doesn’t stop bad things from happening, why would you want to trust in Him?” Remember this is the same Jesus who did not prevent excruciatingly horrible things from happening to Him. In the Garden, Jesus says to Peter, “Do you think that I cannot now pray to My Father, and He will provide Me with more than twelve legions of angels?” (Matt 26:53). When I am suffering, I want to put my trust in One who willingly died in my place!

Remember that God loves you more than you can possibly imagine. Tammy and I very often point out to the boys that we love them more than they can even fathom. One day–when they have kids of their own–they’ll understand more fully what we’ve been saying. But, they won’t understand a parent’s love until they themselves are parents. I believe God’s love is much the same–there is no way that we can fathom the love that God has for us! God loves us an incredibly great amount! “The very hairs of your head are all numbered. Do not fear therefore; you are of more value than many sparrows” (Lk 12:7). “He cares for you” (1 Pet 5:7).

Remember that God will be with you every step of the way. Paul had some issue–his “thorn in the flesh.” We have no idea what the issue was, but it troubled Paul so greatly that he prayed three times that God would remove it from him. God refused, but He said, “My grace is sufficient for you, for My strength is made perfect in weakness” (2 Cor 12:9). “He Himself has said, ‘I will never leave you nor forsake you'” (Heb 13:5).

Remember that God will triumph over evil. That is biblical truth. “He must reign till He has put all enemies under His feet” (1 Cor 15:25). The devil himself will be trampled underfoot by Jesus: “The devil, who deceived them, was cast into the lake of fire and brimstone where the beast and the false prophet are. And they will be tormented day and night forever and ever” (Rev 20:10). What a blessing to know that God will triumph at the end!

We know that regardless of what happens in this world, we have a home in heaven.

“In My Father’s house are many mansions; if it were not so, I would have told you. I go to prepare a place for you” (Jn 14:2). That is a sure promise of God. “We know that if our earthly house, this tent, is destroyed, we have a building from God, a house not made with hands, eternal in the heavens” (2 Cor 5:1). What a privilege to know that while we currently live in a dark world, we have a brighter eternal future waiting for us in glory! Do you know the anticipation of that future glory? If not, why not come right now as we stand and sing!