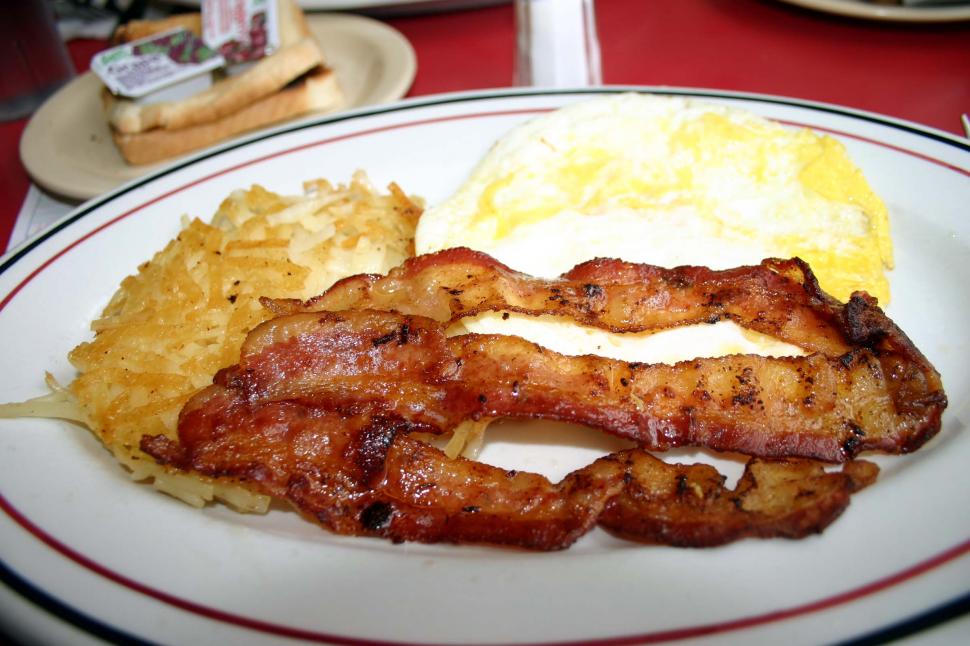 Brazil has found an inventive way to deal with their growing burial problem. In that country, an architect has designed a 39-story skyscraper cemetery. It has “occupancy” for 21,000 tombs, with eventual full capacity of 147,000. It has a heliport, so that bodies can be flown in quickly. There are also two churches and 21 chapels, with comfortable beds for grieving friends and family. A soothing but somber background music is piped in 24 hours a day.

Just as that Brazilian architect has found a way to deal with death, each one of us will need to deal with death. Each of us has had in the past and will have in the future friends and family leave this world. Each one of us–unless the Lord comes first–will die ourselves. Peter had to deal with the death of Jesus, and in this morning’s text, we have a record of his dealing with that death.

As Peter deals with death, he progresses through four steps.

Simon Peter, Thomas, Nathanael, the sons of Zebedee (James and John), and two other disciples were together. These seven disciples had been through much in the past few days. Their Leader had been crucified, but He had appeared to them twice alive after His death. Undoubtedly, the disciples were trying to make sense of all this. They did not understand that Jesus would be raised from the dead. Notice 20:9: “They [Peter and John] did not know the Scripture, that He must rise again from the dead.”

These seven disciples are together. I really wonder if they’re not forming something of a “support group”–the Man they thought was really the Messiah had been killed and then appeared alive, and they’re trying to make sense of it all. You know from your own experiences how beneficial it is to have a support group when facing a loved one’s death–it’s helpful to have friends and family who care and who are there.

What appears to be taking place is that the disciples are trying to earn a little money. They were fishermen, and they know how to earn a living; they’re trying to make a living. They’re going back to fishing, not because they’re being disobedient, but because they don’t know what to do–they’ve seen Jesus raised from the dead, but He hasn’t told the disciples what to do about it.

When we face death, aren’t there many times that we don’t know exactly what we should do? When individuals die unexpectedly, there’s often a great amount of doubt on the part of the family. Where should we have our loved one buried? What type of arrangements should we make? But, of course, there are often more serious questions of doubt when a loved one dies. Why did this happen to me? What am I going to do without him or her? How am I going to raise my children without their mommy or daddy?

The disciples in this passage seem that they don’t really know what to do–they go fishing because that’s all they really know to do. They have a great amount of doubt.

Early in the morning, Jesus was standing on the shore, but the disciples failed to recognize Him. It might be puzzling to us that the disciples didn’t recognize Jesus. This is early in the morning, and it may have been that there was a shadowy figure on the beach, but they couldn’t tell who it was. But, I think the most likely explanation is that Jesus’ body was changed after the Resurrection. When Jesus appeared to the two on the way to Emmaus, “their eyes were restrained, so that they did not know Him” (Lk 24:16). Jesus passed through walls after the Resurrection. “Then, the same day at evening, being the first day of the week, when the doors were shut where the disciples were assembled, for fear of the Jews, Jesus came and stood in the midst, and said to them, ‘Peace be with you'” (Jn 20:19). We have no record of Jesus’ going through walls prior to the Resurrection.

Jesus seems to have had a glorified body after the Resurrection. I personally think that Jesus’ resurrected body was like what our resurrected bodies will be like. So, because Jesus’ body is different, the disciples don’t know who is standing on the shore.

Although the disciples had caught no fish all night, Jesus instructs them to throw their net on the right side so they would find fish. The disciples were not able to haul in the net because of the great amount of fish they caught. Having worked all night for nothing, the disciples must have been both tired and frustrated. Here comes this Guy who tells them to put their net on the other side of the boat. The disciples obey, and their nets are full of fish. I don’t know for sure what miracle the Lord performed here. Was he able to see supernaturally that there was a great school of fish on the right side of the boat? Or, as I think is much more likely, did He miraculously cause the fish to be there and to go into the net?

Precisely what miracle Jesus performed here is irrelevant, for the point is that the disciples obeyed the Lord and they were rewarded for it. Obedience to the Lord is absolutely vital for us as Christians. “Whoever hears these sayings of Mine, and does them, I will liken him to a wise man who built his house on the rock” (Matt 7:24). “If anyone loves Me, he will keep My word; and My Father will love him, and We will come to him and make Our home with him” (Jn 14:23).

Aretta Loving was washing her breakfast dishes when she saw Jimmy, the five-year-old neighbor headed straight toward the back porch. Aretta had just finished painting the back-porch handrails, and she was proud of her work. “Come around to the front door, Jimmy,” she shouted. “There’s wet paint on the porch rails.” “I’ll be careful,” Jimmy replied, not turning from his path. “No, Jimmy! Don’t come up those steps,” Aretta shouted, knowing Jimmy’s tendency to mess things up. “I’ll be careful,” he said again, by now dangerously close to the steps. “Jimmy, stop!” Aretta shouted. “I don’t want carefulness. I want obedience.” “Alright, Loving, I’ll go around to the front door.” Isn’t it that case with us that God doesn’t just want us to be careful; he wants us to obey?

We’re talking specifically about death this evening. How could the disciples’ obedience aid them as they deal with death? Doing what Jesus says here is going to demonstrate to them that Jesus has been raised from the dead. The Resurrection wasn’t something they just imagined, but it was something which was real.

Furthermore, as we obey in the face of death, we’ll be able to die with complete confidence. “To me, to live is Christ, and to die is gain” (Phil 1:21). How could Paul say that death would be gain for him? Because living was Christ. Obviously to live being Christ means to follow Him, to serve Him and to obey Him. “Having been perfected, He became the author of eternal salvation to all who obey Him” (Heb 5:9). If we desire to die with full assurance of faith, we need to live obediently to Jesus. Are you living obediently to Jesus?

John–here called the disciple whom Jesus loved–said to Peter, “It is the Lord!” No wonder he knew it was the Lord on the shore–no one but the Lord could have produced that large catch of fish.

Peter then grabbed his outer garment, threw it around him, and jumped into the water. The King James Version, following the Greek, says that Peter was naked. Peter was not naked the way we think of naked; Palestinian Jews did not appear nude in public. Peter had taken off his outer coat, and he was undoubtedly wearing some type of undergarment–probably a one piece tunic.

He grabs his coat and jumps into the water. Peter would have had to swim at first; the disciples were some 300 feet from shore, much too far for Peter to wade. Peter just could not wait to get to the Lord Jesus!

Why? Do you not think that his great joy and excitement came from the fact that Jesus, who had been dead, was now alive? Peter knew, without any doubt, death had been conquered and there was reason to rejoice. Notice the quote from David that Peter uses in his sermon at Pentecost: “My heart rejoiced, and my tongue was glad; Moreover my flesh also will rest in hope. For You will not leave my soul in Hades, Nor will You allow Your Holy One to see corruption” (Acts 2:26-27). The Resurrection of Jesus also serves as a basis for our rejoicing, for His Resurrection is the basis for our own resurrection. “If in this life only we have hope in Christ, we are of all men the most pitiable” (1 Cor 15:19). The reverse would also seem to be true: since there is a resurrection in Christ, we have reason to rejoice more than all men. 1 Peter 1:3-6. Do you know the great delight which comes from knowing you will be raised from the dead because Jesus was?

Jesus had the disciples give Him some of the fish they had just caught so that He could prepare breakfast.

None of the disciples asked Jesus who He was, for they knew it was the Lord. This seems to be another indication that Jesus’ physical appearance was different after the Resurrection. They knew this had to be the Lord, for who else could cause such a catch of fish? Remember this wasn’t the first time that Jesus had helped the disciples catch fish (Lk 5:1-11).

Jesus came, took the bread and gave it to them, and he did the same with the fish. Eating together was quite important in antiquity; eating together demonstrated great fellowship. When Jesus ate with Matthew, the Pharisees asked Jesus’ disciples, “Why does your Teacher eat with tax collectors and sinners?” (Matt 9:11). The problem the Pharisees were having was that Jesus was sharing great fellowship with these “undesirables.” Eating was such a great sign of fellowship that Paul instructs the Corinthians not to eat with immoral brethren (1 Cor 5:11)–what the faithful were to withhold from the immoral was that close fellowship associated with eating.

The disciples had fellowship with Jesus after He was raised from the dead. We, too, will have fellowship with the Lord after our death–we’ll be able to discern Him, for we shall see Him. “I am hard pressed between the two, having a desire to depart and be with Christ, which is far better” (Phil 1:23). After the final resurrection, “we shall always be with the Lord” (1 Thess 4:17). What a blessing to know that we shall be with the Lord after our lives end!

From Martin Luther’s Table Talk comes this anecdote. “I cannot think what we shall find to do in heaven,” mused Luther. “No change, nor work, nor eating, nor drinking. Nothing to do.” “Yes,” says his friend, “Lord, show us the Father, and it sufficeth us.” “Why, of course,” responded Luther,” that sight will give us quite enough to do!” That is the idea: We shall have fellowship with our Lord after this life is over. What a blessing! We’ll be with the Lord, and we shall see Him as He is!

Do you know the hope of that blessing this evening? Do you need to come and seize that hope?