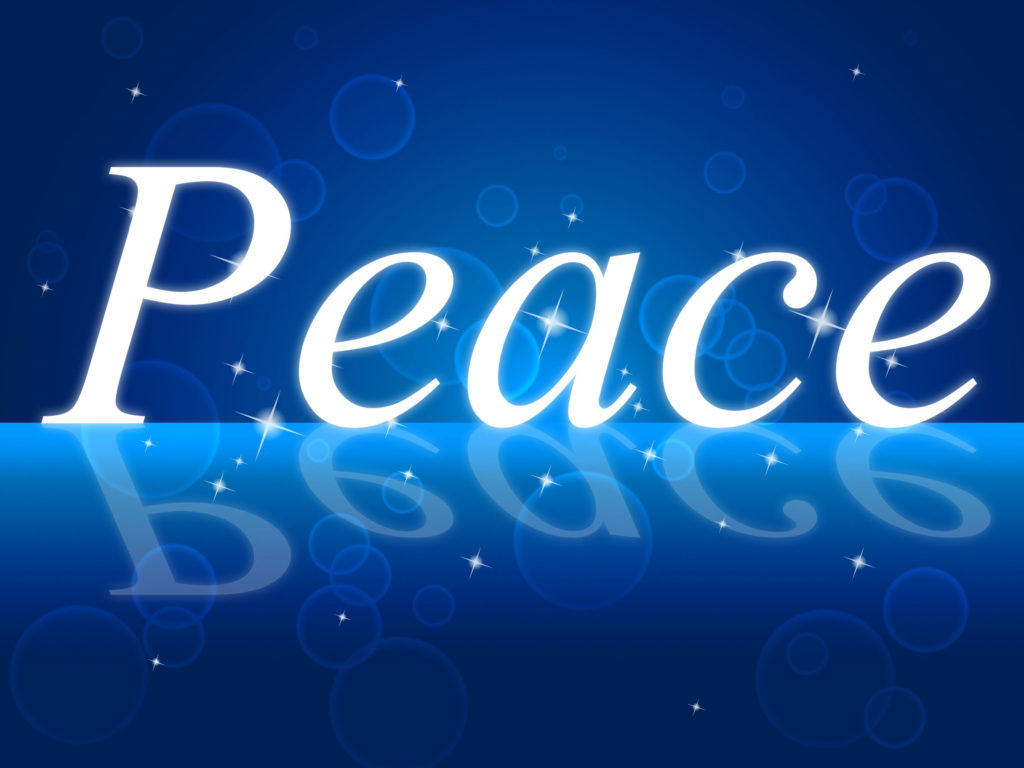 In high school, I took several business classes. As part of those business classes, I joined DECA, Distributive Education Clubs of America. As part of DECA, we had regional, state, and national competitions. I don’t remember what year, but one year, I did a public relations project and entered it in our competition. I came in first in both the regional and state competitions, and that meant that I got to attend the national competition in Denver, Colorado. I placed in the top ten of the nation, and I got a really cool medal that I had hanging in my room for a number of years.

The night before the national competition began our teachers gathered all of us students into one room and passed out really cool certificates. Wallace Wilkinson, the governor of the Commonwealth of Kentucky, had designated all the competitors from my school as “Kentucky Ambassadors of Goodwill.” I framed that certificate, and I still have it somewhere. We received those certificates because the husband of one of our teachers worked for Governor Wilkinson—he was the governor’s helicopter pilot—and our teachers had used that connection to get us those certificates. That made me feel much more important than I really was—after all, Governor Wilkinson had said I was important. I think all of us high school students felt like the governor of Kentucky had personally sent us on a mission to Colorado to represent the Commonwealth.

I’ve been sent on many missions in my life. Once I got my driver’s license, if Momma needed something from the store, it was my privilege (at least, that’s what I was told) to go to the store and pick up what she needed. When I worked for Heritage Christian University, I would often be sent on Sunday mornings to preach for churches whose preachers were on vacation.

In this morning’s text, Jesus appears to the Apostles and sends them on a mission of hope and redemption.

Last Lord’s Day, we talked a good bit about the Great Commission. We talked about the fact that we need to carry out that Commission in our own era. I don’t want to repeat any of what we said then—we’ll let that lesson stand on its own.

Instead, I want us to back up a little bit and talk about some more fundamental things. I want us to think this morning about how we can prepare to carry out Jesus’ Commission.

The Apostles clearly had to prepare. In our text, the Apostles are hiding in cowardice from the Jewish authorities. What would cause them later to lay down their lives for their faith in Jesus? Peter was always putting his foot in his mouth. What would cause him to stand with confidence at Pentecost and accuse the assembled crowd of crucifying the Messiah?

The answer, found in our text, is a simple, yet profound one: “Jesus Christ brings peace.” Let’s go to our text to see how that truth impacts the Great Commission.

John takes pains to express to his readers that this post-Resurrection appearance occurred on the same day as the Resurrection. The main purpose of making clear the time frame seems to be to emphasize that this took place on the Lord’s Day.

The doors were shut, for the disciples were fearful of the Jews. Doors in this age had huge bolts that could prevent anyone from entering, unless, of course, Someone could walk through walls.

It certainly seems that Jesus had a different body after His Resurrection. That might be why the disciples don’t recognize Him at first. That would also explain how He could walk through walls and locked doors. It’s my opinion that Jesus’ resurrected body was a glorified body like our bodies will be in the resurrection at the Last Day.

Jesus tells the disciples, “Peace be with you.”

Yes, “Peace be with you” was the typical Jewish greeting, but I think it means so much more here. The disciples stand in desperate need of peace; they’re hiding out as a bunch of cowards. Jesus twice in this text announces peace upon His disciples—it certainly seems to me that He fully understands how desperately they need peace.

How could Jesus give peace? Think about what the disciples are most concerned about at this point—losing their lives—Jesus comes and stands before them as One who died and was raised. Jesus’ standing before His disciples is further proof of what He has already told them: “These things I have spoken to you, that in Me you may have peace. In the world you will have tribulation; but be of good cheer, I have overcome the world” (Jn 16:33).

I don’t think the disciples recognized Jesus for a couple reasons:

The disciples rejoiced when they saw the Lord—the One they had seen crucified now stood before them alive.

Jesus breathed on them and said, “Receive the Holy Spirit.”

When Jesus breathes on the disciples, He is certainly being reminiscent of God’s breathing the breath of life into Adam’s nostrils.

Jesus gives the Apostles the Holy Spirit. I really have no idea what this means. We know that Jesus does not give them the baptism of the Holy Spirit, for that won’t come until Pentecost. Beyond that, I’m not exactly sure what happens here.

The apostles would be able to forgive or retain the sins of anyone.

I really don’t think they had the authority to forgive sins. I know what Jesus says here. But can you imagine God giving this power to people? Your wife is late getting supper on the table, and the next thing you know, she will never have forgiveness of any of her sins. But far more compelling is the fact that only God can forgive sins: “The Son of Man has power on earth to forgive sins” (Mk 2:10).

So, what does Jesus mean here? It’s my personal opinion that what Jesus here says is that the Apostles would announce how to have sins forgiven—like Peter did at Pentecost. They would retain sins by announcing what sin is and telling of judgment.

Throughout this text, in four different ways, Jesus Christ brought peace to the disciples. If Jesus was going to call upon them to lay down their lives for preaching His truth, He needed to give them peace! If you’re to hold forth the Word of Life in an increasingly hostile world, you need to have peace. How can you have the peace that Jesus gave the apostles?

One: You have a resurrection.

Jesus comes and appears to the disciples after He has been raised from the dead.

The Apostles could go forth and die preaching the gospel, because they had the peace of knowing that wasn’t the end of the story! You and I have the assurance that no matter what this life throws at us we’ll be raised at the Last Day!

Personally, I especially like the fact that Jesus’ body is different after the Resurrection—He’s able to walk through the walls of this room without problem. The apostles could find peace in a different body—James was beheaded, but when he is resurrected, he will be whole; Bartholomew, according to tradition was flayed alive, but he’ll be whole in the resurrection. You and I will have a different body after the Resurrection—no more trouble seeing or hearing, no more aches and pains, no more surgeries, no more suffering. If that doesn’t give you peace, you don’t know what peace is!

Two: You have a reason.

Jesus gave the Apostles a mission here: “As the Father has sent Me, I also send you.” You know how fully they carried out that mission: The Gospel “was preached to every creature under heaven” (Col 1:23). You know that we’re to carry out that mission in our own day; after Jesus gave the Great Commission to His disciples, He said, “Teaching them [new disciples] to observe all things that I have commanded you” (Matt 28:20).

A reason or a purpose can bring great peace. You don’t have to sit around wondering what you’re supposed to be doing; you can have peace knowing that you are doing what the Lord has commanded. I don’t know about you, but I prefer days where I’m so busy that I can’t get everything done. Every day should be that way, for there is a world to save!

Three: You have a revelation.

But I do know that the Holy Spirit inspired the revelation the apostles wrote in Scripture. “These things we also speak, not in words which man’s wisdom teaches but which the Holy Spirit teaches” (1 Cor 2:13). “Prophecy never came by the will of man, but holy men of God spoke as they were moved by the Holy Spirit” (2 Pet 1:21).

Four: You have a remission.

That authority, I firmly believe, was through the proclamation of the Gospel. Through the Gospel, you and I have the ability to have our sins remitted. What great peace it is to know that our sins are forgiven!

Do you know the peace that comes through the remission of sins? Do you need to have your sins forgiven this morning?