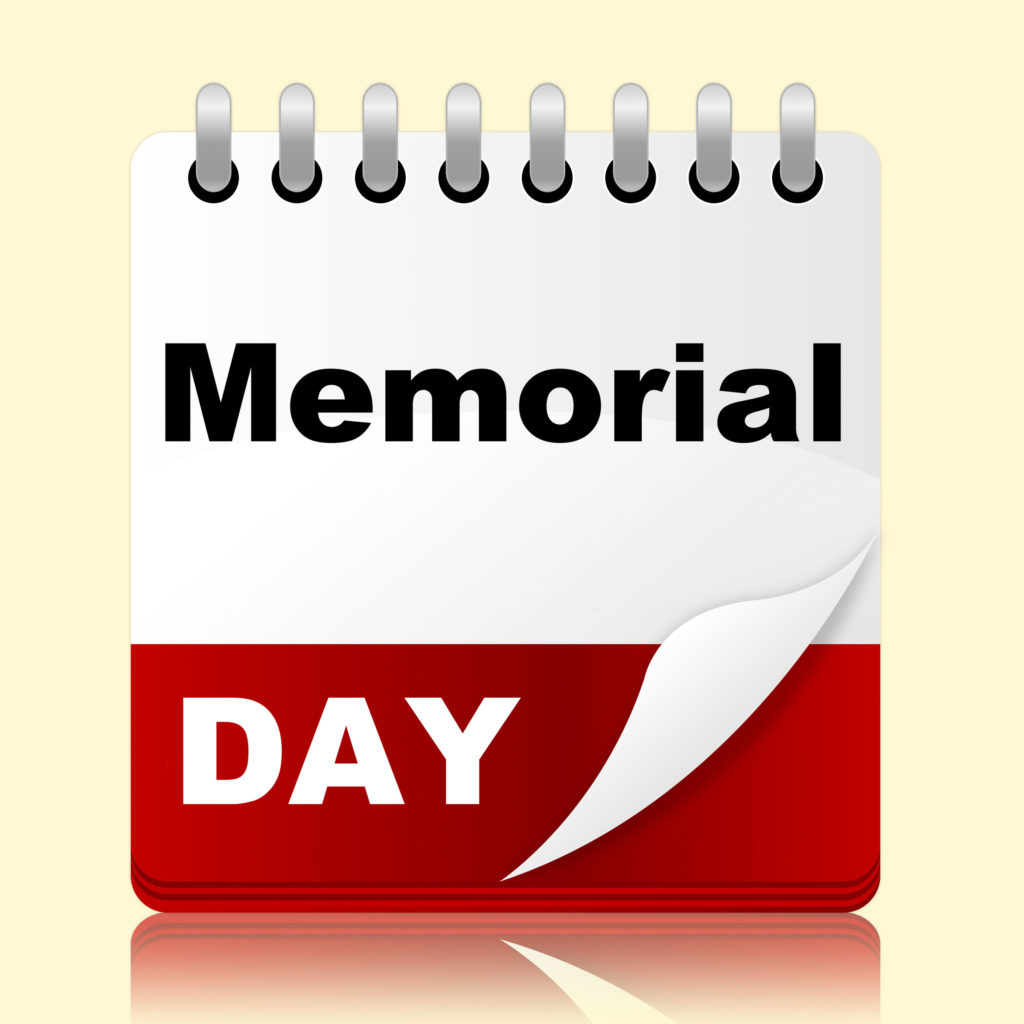 In 1867 women at Columbus, Mississippi, decorated the graves of dead soldiers from both the North and the South. General John A. Logan, commander of the Grand Army of the Republic, issued an order designating Mary 30, 1868, for “strewing with flowers or otherwise decorating the graves of comrades who died in defense of their country, and whose bodies now lie in most every city, village, or hamlet church yard in the land.”

In 1874, Congress made Memorial Day a national holiday. Since that time, Memorial Day has become a day for not only remembering the nation’s war dead but for remembering all our loved ones who have died.

So many f you will be going to decorate graves this weekend—graves of spouses, parents, children. This morning, we want to think about Jesus’ going to the grave of a loved one, the grave of Lazarus.

Jesus received a report saying that Lazarus, his friend, was ill. No doubt, Mary and Martha sent word to Jesus so that the Lord could heal their brother. Jesus performed healing without being in the presence of the sick person; e.g., Jesus healed a noble man’s son in Capernaum while he was in Galilee (Jn 4:46-54). Mary and Martha likely wanted Jesus to do the same feat for Lazarus.

The disciples understood Jesus to mean that Lazarus was simply resting.

Jesus then told the disciples plainly, “Lazarus is dead.”

Jesus loved Lazarus, yet Lazarus died. Being Jesus’ friend did not keep Lazarus from dying. Even though we serve Jesus, one day we shall die just as Lazarus did. “Death spread to all men, because all sinned” (Rom 5:12). “It is appointed for men to die once” (Heb 9:27). Just as Jesus’ loved one died, so our loved ones die.

Let’s think about Jesus at the tomb of Lazarus:

When Martha heard that Jesus was coming, she ran to meet him.

Martha told Jesus, “If you had ben here, my brother would not have died.” Martha knew that Jesus had supernatural power. Yet, her faith in Jesus was limited—Apparently, Martha did not believe or realize that Jesus could raise the dead. However, she holds out faith hope—“I know that whatever You ask of God, God will give you.”

Jesus told Martha that he wast he resurrection and the life.

Jesus is the resurrection, for he has power over death.

Jesus himself died and was raised again. When Jesus was raised again, he gained power over death. Jesus has the keys of Hades and of Death (Rev 1:18). “Key” is a symbol of authority. Jesus has authority over death through his own death and resurrection. “As in Adam all die, even so in Christ all shall be made alive” (1 Cor 15:22).

Jesus himself is the life, for he sustains life.

the one who believes in Jesus, even though he died, he shall live. Although one must taste physical death, he will live spiritually. Those who die do not cease to exist—they continue some sort of spiritual life, a life of comfort or a life of anguish.

The rich man and Lazarus illustrate this. The rich man lifted his eyes and saw Abraham afar off, and Lazarus in his bosom (Lk 16:23). Your loved ones who died in Jesus are with Abraham and the righteous of all the ages and they are being comforted as was Lazarus (Lk 16:25).

The one who lives and believes in Jesus will never die; such a one will never taste spiritual death. That one will simply go from living in this frail world to living in the next world.

Jesus gives life in the face of death. Jesus “abolished death and brought life and immortality to light through the gospel” (2 Tim 1:10). Do you know the life that only Jesus can give?

Martha returns home and tells Mary that the Teacher was calling for her.

Mary immediately gets up and goes to meet Jesus. Mary rose quickly and went to Jesus; she did not wait around. Jesus had not yet entered Bethany but was still in the place where Martha had spoken to him. Those in the house with Mary believed that she arose to go to the tomb; therefore, they went with her. Mary fell down at Jesus’ feet and said, “Lord, if you had been here, my brother would not have died.”

When Jesus saw Mary and those with her weeping, he “groaned in the spirit and was troubled.”

Because Mary and Martha hurt so deeply, our Lord was troubled. The Lord cares about our hurts, too. Cast “all your cares upon Him, for He cares for you” (1 Pet 5:7). “Does Jesus care when I’ve said ‘good-bye” to the dearest on earth to me. And my sad heart aches till it nearly breaks, is it aught to Him? Does He see? O, yes, He cares. I know He cares. His heart is touched with my grief; when the days are weary, the long night dreary, I know my Savior cares.”

Jesus raised Lazarus from the dead. When Jesus arrived at the tomb, he told those there, “Take away the stone.” Martha objected, saying that there would be a stench because Lazarus had been dead four days. In this time period, people were buried the day they died.

Jesus prayed so those around him would know he had been sent from God.

Jesus called for Lazarus to come forth. Lazarus came from the tomb in his graveclothes. Jesus instructed those there to unbind him and set him free.