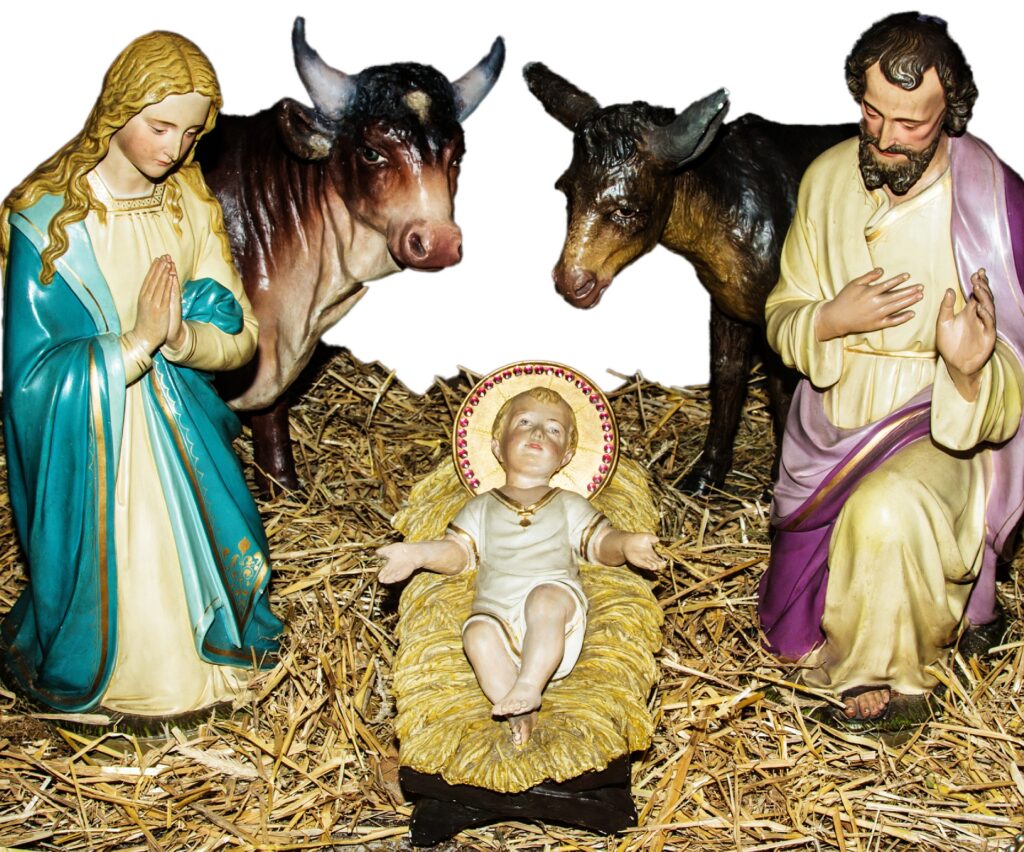 Why Was Jesus Born of a Virgin?

Before the ACLU was around to sue the school board, a small boy was bitterly disappointed at not being cast as Joseph in the school Nativity play. He was given the minor role of the innkeeper instead. Throughout the weeks of rehearsal, he brooded on how he could avenge himself on his successful rival. Then came the day of the performance. Joseph and Mary made their entrance and knocked on the door of the inn. The innkeeper opened it a fraction, and eyed them coldly.

“Can you give us board and lodging for the night?” pleaded Joseph, who then stood back awaiting the expected rebuke. But the innkeeper had not pondered all those weeks for nothing. He flung the door wide, beamed genially and cried, “Come in, come in. You shall have the best room in the hotel.” There was a pause. Then with great presence of mind, the youthful Joseph said to Mary, “Hold on. I’ll take a look inside first.” He peered past the innkeeper, shook his head firmly and announced, “I’m not taking my wife into a place like that. Come on, Mary, we’ll sleep in the stable.”

The story of the Nativity is well known to every church-going youngster. The story is so well-known that the boy playing Joseph could think on his feet and end up in the stable. Yet, over the past few years the story of Jesus’ Virgin Birth has come under increased scrutiny. We all know that a virgin cannot give birth. In the recent issue of Newsweek, the cover story is all about how we Christians believe the Virgin Birth, but that scholars and sophisticated people know that really didn’t happen. Time is getting ready to run a similar story. It seems that the media feel compelled each Christmas and Easter to run stories about how Christianity is simply a myth without fact.

Yet, tonight, I simply want to ask the question, “Why a Virgin Birth’?” In other words, why did Matthew and Luke feel compelled to write that Jesus was born of a virgin?

The Virgin Birth is not the most important doctrine upon which everything else depends.

The Virgin Birth is not at all what sets Christianity apart from other religions. The Virgin Birth cannot be that important a doctrine, for only Matthew and Luke mention it. Jesus never mentioned his Virgin Birth – He never looked at the scribes and Pharisees and said, “I’m different than you, for I was born of a virgin.” Paul, with all the great doctrines he expounds in his epistles, never mentions the Virgin Birth.

This is not to say the Virgin Birth did not occur, for I believe it did, yet it is not that central theme of Scripture.

The central doctrines of Christianity are Jesus’ death and resurrection. “I delivered to you as of first importance what I also received, that Christ died for our sins in accordance with the scriptures, that he was buried, that he was raised on the third day in accordance with the scriptures, and that he appeared to Cephas, then to the twelve” (1 Cor. 15:3-5). The death and resurrection of Jesus are what hold Christianity together.

The Virgin Birth does not devalue legitimate sex in marriage.

There have been several through the years which have said that Mary’s virginity says something evil about sex and sexuality – even within marriage – is giving in to the weakness of the flesh. Mary should have been a virgin, for she wasn’t yet married! There is absolutely nothing in Scripture which devalues sex in marriage. After all, God created us male and female; he made us as sexual beings.

Notice some passages which speak of the value of sexuality within marriage. “Come, my beloved, let us go forth into the fields, and lodge in the villages; let us go out early to the vineyards and see whether the vines have budded, whether the grape blossoms have opened and the pomegranates are in bloom. There I will give you my love” (Song of Sol. 7:11-12). “The husband should give to his wife her conjugal rights, and likewise the wife to her husband. For the wife does not rule over her own body, but the husband does; likewise the husband does not rule over his own body, but the wife does” (1 Cor. 7:3-4).

The Virgin Birth does not attempt to get around original sin in Jesus.

For those who would accept original sin, Jesus’ Virgin Birth only partially gets around that difficulty. Would Mary not have passed on original sin to Jesus? The Roman Catholic Church seems to have thought that Mary could have passed on original sin to Jesus. In 1854 Pope Pius IX proclaimed this: “The most Blessed Virgin Mary was, from the first moment of her conception, by a singular grace and privilege of almighty God and by virtue of the merits of Jesus Christ, Savior of the human race, preserved immune from all stain of original sin.” In my thinking, that only pushes the problem back one generation. How could Mary be born without original sin, but her parents weren’t, how could her grandparents have original sin, but she not, etc.?

The Virgin Birth was not merely to give Jesus a spectacular entrance into the world.

If you were to read the Newsweek piece on the Virgin Birth, you would find the authors saying that Jesus’ Virgin Birth was a legend to give Jesus some spectacular birth. The story line goes something like this: Mary was carrying on a sexual relationship with a Roman senator, and Jesus was the offspring of that relationship. The early church knew that was going to be a problem – especially with what Jesus taught about sexual purity – so they developed the story about Jesus’ Virgin Birth.

There are a couple problems with that story line. One: There isn’t a shred of evidence – except the anti-supernatural bias of some writers – to support this theory. Two: The Virgin Birth was something of a problem in Christianity; even in the early days of the church, Jesus was accused of being illegitimate. If you read through the second century apologists such as Justin Martyr, you often find them saying things like: “Jesus was not illegitimate; he was born of a virgin by supernatural power.” If the apostles had simply wanted to get around the problem of illegitimacy in Jesus’ birth, why didn’t they have Joseph and Mary getting married earlier in the story? That would have solved the problem, and they would never have had to defend Jesus against illegitimacy. But, see the Virgin Birth is not an attempt to avoid such a problem.

The Virgin Birth shows Jesus’ relationship with the Father and the Spirit.

“The Holy Spirit will come upon you; and the power of the Most High will overshadow you; therefore the child to be born will be called holy, the Son of God” (Lk. 1:35). Notice from this passage that the Father and the Spirit were both greatly involved in Jesus’ miraculous conception: the Spirit would come upon Mary and the Father’s power would overshadow her.

The Virgin Birth shows that a new day had dawned.

The Virgin Birth shows that salvation is by grace.

God brought Jesus’ into this world, and grace was in the manger in Bethlehem. You see, the Virgin Birth shows God actively bringing salvation into this world. It’s not that Jesus was born through natural procreation, and then God decided, “I think I’ll let that guy take away the sin of the world.” Not at all. God was active in bringing salvation through Christ from the very beginning. He is the One who brought him into the world to die for man’s sins.

The Virgin Birth is in Scripture because it happened.

Scholars have attempted to remove the Virgin Birth and account for Jesus’ birth in other ways. As I’ve mentioned, I think the only reason they do so is because they have an anti-supernatural bias to begin with. Any miraculous event must be accounted for in other ways. There is, however, very little about the Virgin Birth in Scripture. You have less than 20 verses in Scripture which speak directly of Jesus’ being born of a virgin. I fail to see what the Apostles would have gained by creating the story of the Virgin Birth – from the earliest days of Christianity many peopled scoffed at the Virgin Birth. Why create a story that’s going to be scorned?

The only logical reason the Apostles would have had for including the narrative of the Virgin Birth is that it occurred.