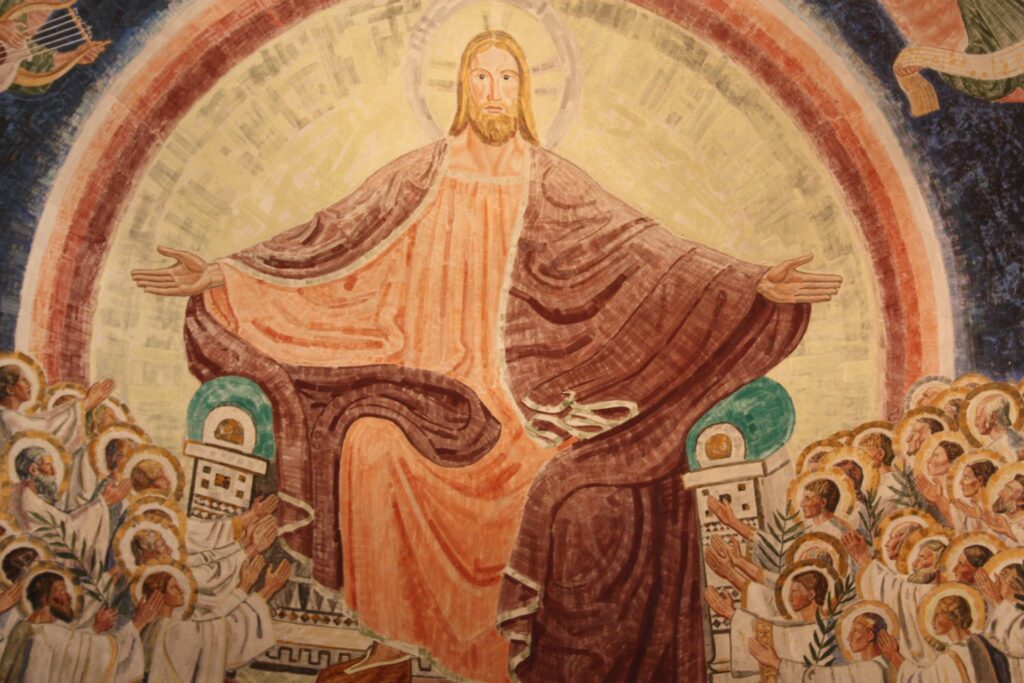 What Did Jesus Think About Himself?

We praise Jesus as God. We sing “All hail the pow’r of Jesus’ name! Let angels prostrate fall!” We take the Lord’s Supper during which we remember Jesus’ death for our sins. We pray in his name.

But did Jesus really claim to be God? Many modern critics would have us answer “No.”

Regardless of what these critics attempt to accomplish, the Gospel records exist.

Let’s examine the Gospels and see if Jesus really claimed to be God.

Jesus Claimed to be the Son of Man

In a vision of Daniel, Daniel saw the Son of Man coming and receiving dominion, glory and a kingdom (Dan. 7:13-14).

Throughout the Gospels Jesus claims to be the Son of Man. For example, when speaking of his coming death, Jesus said, “The Son of Man is about to be betrayed into the hands of men” (Matt. 17:22). Notice Jesus did not say, “A son of man.” Had Jesus merely said “a son of man,” he would merely have been claiming to be a human being. But, using “the Son of Man” he equates himself with the Son of Man in Daniel.

Jesus Claimed to Have Authority

When discussing the Law, rabbis would often quote one another for authority.

Jesus, however, refers to himself as one having authority. For example, when Jesus spoke about hatred in the Sermon on the Mount, he said, “You have heard it said…but I say to you” (Matt. 5:21-22). Six times in the Sermon on the Mount, Jesus uses this formula. Jesus was sitting aside the Law of Moses and claiming to have superior authority to it. Jesus taught as one having authority, not as the scribes (Matt. 7:28-29).

Many Jews refuse to follow Jesus today because he claimed to have the same (if not more) authority than Moses’ law.

Jesus Claimed to Have Authority to Forgive Sins

When individuals claimed he was divine, Jesus agreed with them. When Peter confessed his faith in Christ as the “Son of God,” Jesus responds by blessing Peter (Matt. 16:17). When the high priest asked Jesus if he were the Christ, Jesus replied, “I am” (Mk. 14:61-62). The high priest tore his clothes in dismay, because he thought Jesus had blasphemed. By custom, the high priest was not to rend his garments for personal trouble–He could only rend his garment when acting as a judge and blasphemy was uttered in his presence.

The Jewish people understood that Jesus claimed to be God–While he was being crucified, the crowd taunted him with “Let [God] deliver Him now if He will have Him; for He said, ‘I am the Son of God” (Mt. 27:43).

The inscription above Jesus’ cross read: “This is Jesus the King of the Jews” (Matt. 27:37)–Either Jesus claimed to be King of the Jews or someone mistakenly thought Jesus made that affirmation.

When individuals would worship Jesus, he accepted their worship.

When beings less than God were worshipped, they refused the worship. When Cornelius worshipped Peter, Peter replied, “Stand up; I myself am also a man” (Acts 10:25-26). John worshipped the angel who showed him Revelation. The angel stopped him saying “Worship God” (Rev. 22:8-9).

Jesus Claimed to be Jehovah

Jesus claimed to be the “I AM” (Jn. 8:58). We know this is what Jesus meant by the reaction of the multitude. They picked up stones to stone him, because they believed he had blasphemed.

Jesus Claimed to be Equal with the Father