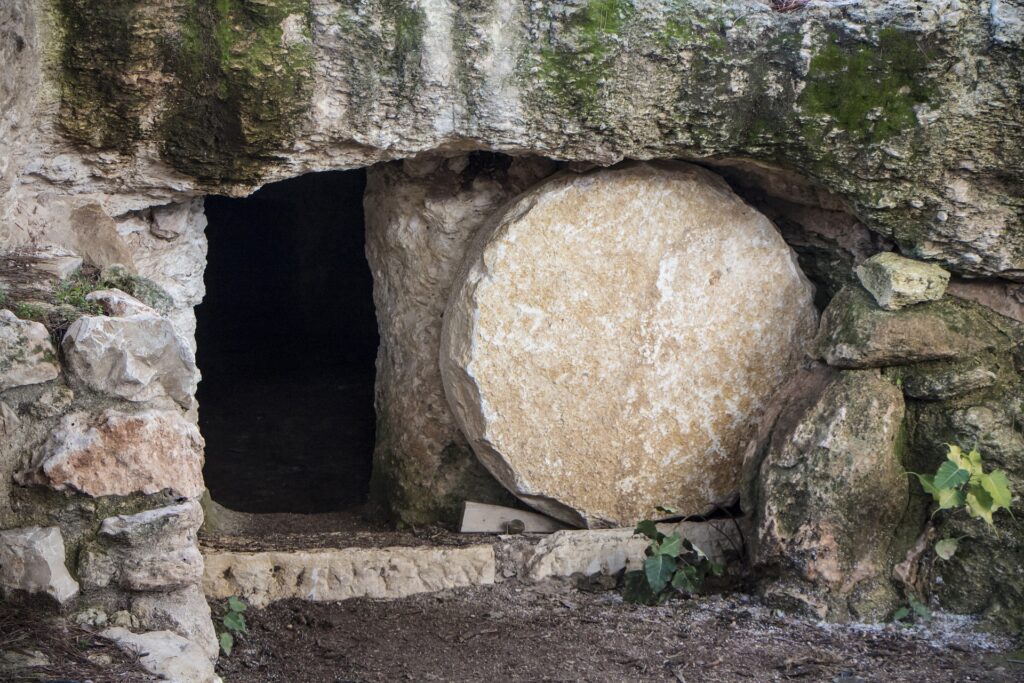 The Lost Tomb of Jesus: Fact or Fiction?

Several years ago, James Cameron, the man who found the final resting place of the Titanic provided another spectacular find: the tomb of Jesus. Cameron and numerous experts claim that they have found an archeological discovery which will change the course of history as we know it. They claim that in a tomb discovered in 1980 are ossuaries, stone boxes which contain bones of deceased individuals, which bore the bones of Jesus; Mary Magdalene, his wife; their child, named Judah; Mary, the mother of Jesus; and a man named Matthew. In 2002, an ossuary was discovered which purportedly held the remains of James, Jesus’ brother. The inscription on that ossuary read: “James, son of Joseph, brother of Jesus.” Most scholars now believe that ossuary to be a forgery, but the filmmakers claim that ossuary originated in the tomb in Jerusalem.

A Critique of the Tomb

It is quite true that ossuaries have been discovered bearing the names of individuals in the Gospel story. There is absolutely no reason, as far as I am aware, to believe that these boxes are forgeries nor to doubt in the least their authenticity. The Discovery Channel on their website provides a statistical analysis of the names in the tomb and the likelihood that the ossuaries bore the remains of Jesus and his family. They claim that using conservative statistical analysis, the likelihood that this was the burial tomb of Jesus and his family at 600 to 1. The tomb after all contains a Mary, a Jesus, son of Joseph, and an inscription they claim should read “Mary Magdalene.”

The statistical analysis carried out on the ossuaries is absurd. The fact is that all the names in the tomb were extremely popular in the time period of Jesus and his followers. Joseph was the second most popular name in that time period, Judah was the fourth, Jesus was the sixth, and Matthew was the ninth. Mary was by far the most common name for women in that time period. In fact, nearly a fourth of all Jewish women in the time of Christ were named Mary. Therefore, is it any wonder that you would find a tomb with the inscriptions, Mary, Jesus, son of Joseph, Judah, and Matthew? It would be like finding a grave today with the name Smith, Williams, Jones, or Johnson today.

In 1926 a “Jesus, son of Joseph” ossuary was found in the basement of what is now the Rockefeller Museum. It is now in the Israel Museum. One news report tells of an ancient document of a business deal between a man named Jesus and another Jesus witnessed by yet another Jesus.

The filmmakers make much of the name “Jose,” a shortened form of Joseph, about how rare it is. It is true that the name Jose is quite rare among the ossuaries of the first century. It is not true, however, that Jose is a rare name in the first century. It is the name of one of Jesus’ brothers (Mk 6:3). If you notice the New International Version’s footnote, you notice the name James is actually “Jose.” The claim of the filmmakers is that this Jose in the tomb is the brother of Jesus Christ.

The filmmakers claim that the inscription on the ossuary which reads Mariamme e Mara is Mary Magdalene. They claim that the inscription on the ossuary literally reads “Mary the teacher.” To make the connection between Mary the teacher and Mary Magdalene, the filmmakers go to Gnostic texts to make the claim that Mary was a great teacher in the early church. Two points deserve attention at this point:

In other words, Mary’s being a great teacher in the early church was a later addition made by great heretics in church history. One New Testament scholar proposes that Mara does not mean “teacher,” as the filmmakers claim, but is actually a shortened form of Martha. He posits that the ossuary may have originally contained the remains of two women, one named Mary and the other named Martha. The Jews actually practiced double burial: they would bury the remains of someone in a cave, like with Jesus, and then when the flesh had left the bones, the remains were placed in an ossuary. It would not be uncommon, then, to find an ossuary containing the remains of two individuals.

Mark 6:1-6. Here Jesus is referred to as the “son of Mary.” In the first century, you did not refer to someone as the son of his mother, even if his father were dead. Referring to someone as the son of his mother was a quite pejorative way of referring to him. It’s like referring to someone today as a son of a bitch or a bastard. Which brings up an interesting question: “Why did the people in Nazareth refer to Jesus as the son of Mary?” Did they not understand that Joseph was not his father? Didn’t they likely believe that Jesus was illegitimate and therefore that he had no right to speak to them about divine things?

What about the DNA evidence from the tomb? The bones were removed from the ossuaries and reburied according to Jewish custom. DNA testing was done on the “Jesus, son of Joseph” ossuary and the so-called Mary Magdalene ossuary. They were only able to do mitochondrial DNA testing which is only able to test maternal lines. Thus, the filmmakers were able to establish that the Jesus in the tomb and the Mary were not related through their mothers. They did not have the same mother.

What about the other evidence? What does it establish?

How Solid is the Biblical Faith?

I had hoped tonight to spend time on the historical reliability of the resurrection. Time will not permit that this evening. Next week, however, we will discuss the resurrection in light of the rigors of historical investigation.

Tonight, we have seen how absurd the claims the claims made by James Cameron and his ilk are. I want us to close, though, with a look at the Scriptures regarding the resurrection of Christ.