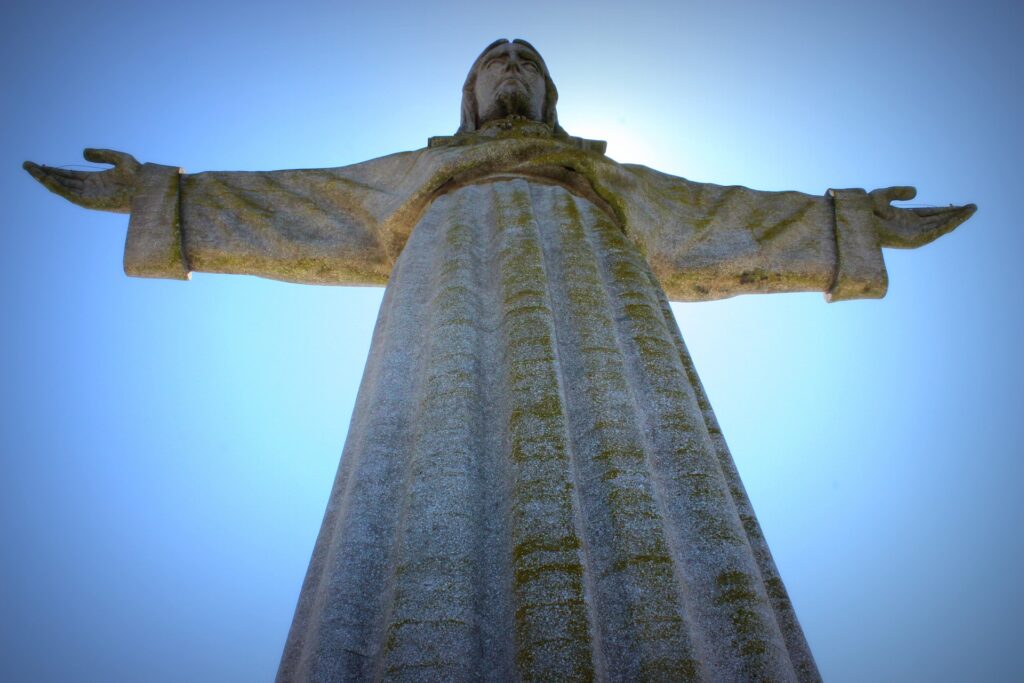 The Life of Christ

John Newton, the author of “Amazing Grace” was a rough, dirty sailor with a foul mouth and an appetite for rotten living. He was captain of a slave ship. But, eventually he caught up with some denominational Christians and joined a denominational body. He then went all over England speaking in churches about Jesus Christ. Well past his retirement age, he had to have an assistant stand in the pulpit with him on Sundays. He was nearly blind and spoke in whispers, but nothing could keep him from preaching while he still had breath.

One of the basic tenets of Christianity is that Jesus Christ has existed from eternity.

What does Jesus’ eternality really mean?

This is an affirmation of his deity.

God is eternal; he has no beginning or end. In swearing that he would take vengeance upon his enemies, God through Moses declared, “I lift up my hand to heaven and swear, As I live forever” (Deut 32:40). “The eternal God is your dwelling place, and underneath are the everlasting arms” (Deut 33:27).

This means he is greater than those he come to save.

Again, you and I have a set beginning; we did not exist prior to our conceptions as Jesus did before his miraculous conception. Man cannot save man. It took One greater than we. We found that Person in Jesus Christ.

This also means he could create the world.

We know that God created this world through Christ. “All things were made through him, and without him was not any thing made that was made. . . . The world was made through him” (Jn 1:3, 10). “He is the image of the invisible God, the firstborn of all creation. For by him all things were created, in heaven and on earth, visible and invisible, whether thrones or dominions or rulers or authorities—all things were created through him and for him” (Col 1:15-16). We exist, not because of some pre-organic goo in a pre-historic earth, but because a God made the world at the beginning of time.

From Creation to Bethlehem

After God created the world, through Christ, Jesus continued to dwell in heaven until Bethlehem.

What did Christ do during that time?

There are many who claim that the angel of the LORD who appeared repeatedly in the Old Testament should be interpreted as Christ.

The reasoning is because the angel often speaks for God, he must be divine–e.g., the angel of the LORD told Abraham when he attempted to sacrifice Isaac, “Do not lay your hand on the boy or do anything to him, for now I know that you fear God, seeing you have not withheld your son, your only son, from me” (Gen 22:12). Honestly, the problem with that view is that the prophets often spoke for God and even used the first person.

While the biblical text will not allow me to say categorically that either Jesus was or was not the angel of the LORD, Jesus seems to have been greatly involved in the divine events of the Old Testament, for he demonstrates a great knowledge of the events in the Old Testament.

Jesus understood the teaching of the Old Testament far better than his earthly contemporaries. For example, when asked why Moses allowed divorce if marriage was to be a permanent union, Jesus replied, “Because of your hardness of heart Moses allowed you to divorce your wives, but from the beginning it was not so” (Matt 19:8). Jesus understood the full purpose of God, even though the Pharisees could not grasp it. That hints that Jesus may very well have been involved in the writing of God’s precepts.

How are we to understand these seemingly contradictory concepts? Over and over Jesus stressed that he and his Father are one. “Whoever has seen me has seen the Father” (Jn14:9). John 17:20-21. While we serve a God in three Personalities, we serve but one God (Deut 6:4).

From Bethlehem to the Ascension

This is the point at which most people discuss the life of Christ, and it is indeed a very important point in his life.

Why is this point in his life so very important?

From the Ascension to Judgment

Jesus ascended back to the Father after his resurrection–Acts 1:9.

What does Christ do now that he has ascended back to the Father?

From Judgment to Eternity

After the Judgment, Christ will dwell with his people.

In eternity, Christ will receive the continual praise of the people whom he had redeemed.

Are you praising Jesus with your life, or do you need to come and begin that this very night? One of the most interesting aspects of the life of Christ is that from eternity to eternity, his life has been for us. Are you ready and willing to give your life for him?