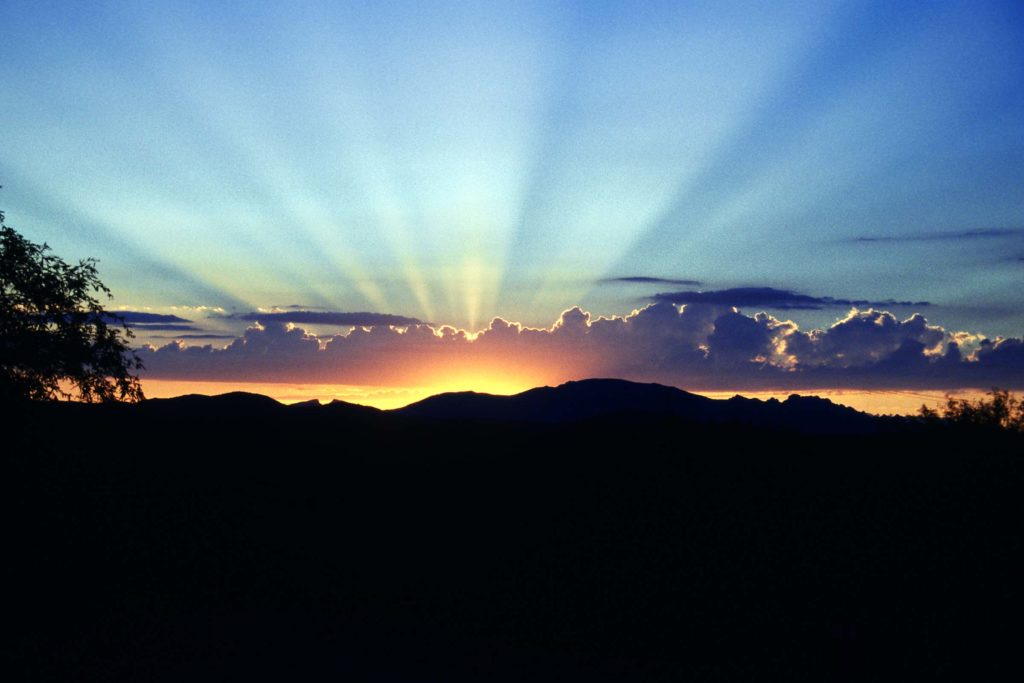 In many ways, the Old Testament was not the best law God could have prepared. “There is an annulling of the former commandment because of its weakness and unprofitableness, for the law made nothing perfect” (Heb 7:18-19). “If that first covenant had been faultless, then no place would have been sought for a second” (Heb 8:7).

Further, the Israelites did not keep the Law. God refers to the Law as “My covenant which they broke” (v 32). If the covenant is simply going to be broken over and over, something else needs to take its place.

We know that the Old Testament Law has been replaced with the far superior covenant in Jesus’ blood. In this morning’s text, the Lord speaks about the New Covenant he would make. Notice that this is not what Jeremiah thinks about the new covenant, but these words are a declaration of the LORD.

What does the LORD declare about “The New Covenant”? Let’s take a look:

“I will put my law within them, and I will write it on their hearts.”

Why does God write the New Covenant upon the heart?

Sin begins in the heart.

“The heart is deceitful above all things, And desperately wicked; Who can know it?” (Jer 17:9). “Out of the heart proceed evil thoughts, murders, adulteries, fornications, thefts, false witness, blasphemies” (Matt 15:19). Every sin starts in our heart. If I lie, my heart conceives some benefit from so doing. Maybe I go fishing rather than assemble with the saints because my heart surmises it’s too beautiful a day to spend indoors.

The New Covenant is a covenant of the heart!

For example, Jesus says, “You have heard that it was said to those of old, ‘You shall not commit adultery.’ But I say to you that whoever looks at a woman to lust for her has already committed adultery with her in his heart'” (Matt 5:27-28). Jesus says that it’s not enough just to keep yourself from improper sexual relations – Jesus says that it’s a matter of your heart.

Thus, God takes the New Covenant and writes it upon the heart.

As we receive that Word, our hearts are pricked and changed. According to what Jesus says in the Parable of the Sower, the word of God is sown in the heart (Mk 4:15). About Lydia, we read, “The Lord opened her heart to heed the things spoken by Paul” (Acts 16:14). In other words, her heart was affected through the preaching of truth.

“I will be their God, and they shall be My people.”

There is “A New Communing” – a new relationship with God — available in the New Covenant.

The Israelites were God’s special people. This is the promise that the Lord had made to Abraham (Gen 12:2). Yet, after Abraham this relationship was based purely on one’s ancestry. If Abraham was your ancestor, you were “in.” As long as your parents had circumcised you on the eighth day, you had it made. Perhaps, the physical aspect of their relationship is what caused such idolatry among the Jews. They had never chosen for themselves to be a part of God’s people. Thus, they weren’t concerned about keeping their proper relationship with God.

Thus, I know that God cares about me. “The LORD is my shepherd; I shall not want” (Ps 23:1). David doesn’t say that the Lord is a shepherd or that he’s your shepherd. He declares with personal conviction, “The LORD is my shepherd.” Peter says that you are to cast “casting all your care upon Him, for He cares for you” (1 Pet 5:7). To my God, I’m not just a social security number, I’m not just one member of the church. He cares about me so very much.

Having this “New Communing” also puts a responsibility on me – I need to foster and nurture this relationship. “After he begot Methuselah, Enoch walked with God three hundred years, and had sons and daughters. So all the days of Enoch were three hundred and sixty-five years. And Enoch walked with God; and he was not, for God took him” (Gen 5:22-24). Like Enoch, we must walk with God – a daily existence where we seek to obey his Word and spend time with him. How is your walk this morning?

“No more shall every man teach his neighbor, and every man his brother, saying, ‘Know the LORD,’ for they all shall know Me, from the least of them to the greatest of them, says the LORD.”

As we’ve already said about the new relationship with God, we enter this covenant knowing the LORD. At the Day of Pentecost, “those who gladly received [Peter’s] word were baptized” (Acts 2:41). Those who were baptized knew the Lord; they had heard Peter’s declaration of Jesus’ death and resurrection. They entered the New Covenant knowing the Lord.

We cannot enter the New Covenant without a knowledge of the Lord. Notice what Paul says to the Romans: “If you confess with your mouth the Lord Jesus and believe in your heart that God has raised Him from the dead, you will be saved. For with the heart one believes unto righteousness, and with the mouth confession is made unto salvation” (Rom 10:9-10).

This rules out the idea of infant baptism. In fact, that’s the whole point of this text: In the Old Covenant, one was born into a relationship with God; in the New Covenant, one comes to know God before he enters that relationship. How well do you know the Lord this morning?

“I will forgive their iniquity, and their sin I will remember no more.”

God did, in a very real sense, forgive sins under the Old Covenant. If a person sinned, he was to make restitution and bring a trespass offering before the priest; God says through Moses, “So the priest shall make atonement for him before the LORD, and he shall be forgiven for any one of these things that he may have done in which he trespasses” (Lev 6:7).

Yet, as you know very well, only the blood of Jesus Christ could finally and completely remove sin. “It is not possible that the blood of bulls and goats could take away sins” (Heb 10:4). The blood of Jesus, not the blood of that trespass offering, removed sin. Concerning the cup at the Lord’s Supper, Jesus says, “This is My blood of the new covenant, which is shed for many for the remission of sins” (Matt 26:28).

Because Jesus has died, God can completely and totally forget about our sins. Sins were remembered in the Old Testament. “In those sacrifices there is a reminder of sins every year” (Heb 10:3). Both the worshiper and God remembered the sin – God had to remember the sin, in fact, so that he could forgive that sin when Jesus died.

Now, sins can be completely forgotten by God! If we are in Christ, God remembers not a single sin we have committed. “In [Jesus] we have redemption through His blood, the forgiveness of sins, according to the riches of His grace” (Eph 1:7). Psalm 103:8-14!

Queen Victoria once visited a large paper mill. She was shown, among other places, the “rag room” where tons of offensively filthy rags were stored. “How can these dirty rags be made white and pure?” The owner of the company answered, “I have a chemical process by which I can remove all the grime and uncleanness from those rags, and make them clean.”

Some time later, Her Majesty found on her desk some of the most beautiful paper she had ever seen. Accompanying the paper was a note which read: “Will Her Majesty be pleased to accept a specimen of my paper with the assurance that every sheet was manufactured out of the dirty rags which she saw?”

That’s precisely what God does with our lives. He takes lives that are filthy, dirty, and in shambles, and he makes them before him as white as snow – he forgets our sins.

Do you need God to forget your sins this morning?