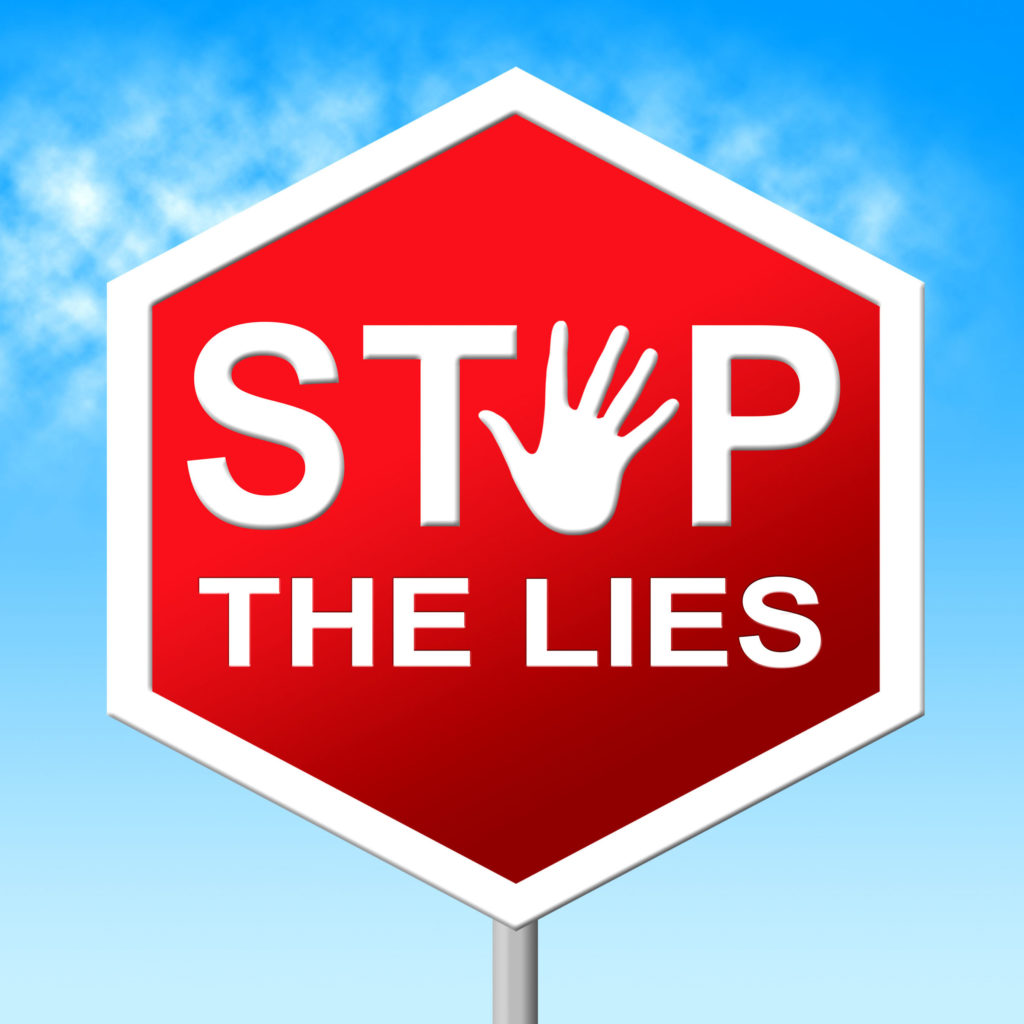 The Jehovah’s Witnesses have embraced and then discarded a number of doomsdays. Their founder, Charles T. Russell, was greatly influenced by a man who thought the world would end in 1874. Russell refined that prediction a bit: In his view, 1874 was actually the starting date of a 30-year process leading up to the Battle of Armageddon. When World War I broke out several years later, his forecast looked pretty good for a while. Russell next zeroed in on 1918, which turned out to mark the end of the war.

His successor, Joseph Rutherford, picked 1920, then 1925 when Abraham, Jacob and other Old Testament prophets were to return and lead righteous souls to an earthly paradise.

Then it was 1940, and finally 1975–a full century of dashed expectations. When that year passed uneventfully, the Witnesses adopted a new teaching: don’t set dates!

Throughout history, multiple prophets have given false predications. When Ahab wanted to take Ramoth Gilead, he called about 400 prophets together and asked if he should go to war. The prophets said, “Go up, for the Lord will deliver it into the hand of the king” (1 Ki 22:6). However, Ahab died when he went to war. The problem of false prophets was such that God provided a test to tell if a prophet was true or false: “When a prophet speaks in the name of the LORD, if the thing does not happen or come to pass, that is the thing which the LORD has not spoken; the prophet has spoken it presumptuously; you shall not be afraid of him” (Deut 18:22).

However, very little of the prophet’s role was to foretell the future. The prophet’s main role was to give his contemporaries words God has given him to speak. You get a glimpse of that prophetic role in our text this evening. “‘For both prophet and priest are profane; Yes, in My house I have found their wickedness,’ says the LORD” (v 11). “Therefore thus says the LORD of hosts concerning the prophets” (v 15).

In this way, prophecy can be compared with modern preaching. Anyone who dares to preach needs to preach the very words of God: “If anyone speaks, let him speak as the oracles of God” (1 Pet 4:11). Modern preachers, of course, are not inspired, and I don’t mean to imply in the slightest that they are. However, the message preachers deliver must be the inspired message of God.

“Thus says the LORD of hosts: ‘Do not listen to the words of the prophets who prophesy to you'” (v 16a). The prophets were providing the people with false prophesy. The Lord tells us how they were doing so in v 17: “They continually say to those who despise Me, ‘The Lord has said, “You shall have peace” ‘; And to everyone who walks according to the dictates of his own heart, they say, ‘No evil shall come upon you.'”

When I think about security prophets, I think specifically of those prophets–about 400 of them–who told Ahab it was a good idea for him to go to war at Ramoth Gilead. Jehoshaphat, king of Judah, seemed to understand that these prophets weren’t telling the truth and he asked for more prophets.

Ahab brings his nemesis Micaiah before the two kings and asked the same question, “Should we go to war against Ramoth Gilead?” Micaiah says that he was privy to the discussions of the hosts of heaven before God when they were discussing Ahaz’s going to war. The Lord asked his host, “Who will persuade Ahab to go up, that he may fall at Ramoth Gilead?” (1 Ki 22:20). The spirits bounced different ideas back and forth. Finally, one came and said he would entice Ahaz and when the Lord asked by what means, the spirit said, “I will go out and be a lying spirit in the mouth of all his prophets” (1 Ki 22:22), and the Lord consented. Those prophets were lying to Ahaz and saying, “Go up and go to war. You will be victorious.” But no such thing was true–they were security preachers, filling Ahaz with false hope and saying, “No harm will come upon you.”

Mr. Harper provided hope in a perilous hour. But, was that hope appropriate hope? I’d argue strongly that it wasn’t. The sad thing is that John Harper quoted Scripture. “Believe on the Lord Jesus Christ, and thou shalt be saved” comes from Acts 17. But, Mr. Harper, with all due respect, failed to define “faith” in its biblical usage.

How many people want to hear preachers offer security? I’ve had many people call me through the years and confess some sin, not to get help dealing with something, but wanting me to condone their behavior. The prophets Jeremiah condemned were more than willing to help people justify the sins in their lives. Many preachers today are more than willing to help people justify the sin in their lives. Are we going to be careful with what we hear that we don’t fall for security preachers?

These prophets spoke, alright, but they spoke their own words, not the words of God. “They speak a vision of their own heart, Not from the mouth of the LORD” (v 16). “Who among them has stood in the council of the LORD to see and to hear his word, or who has paid attention to his word and listened?” (v 18). “I have not sent these prophets, yet they ran. I have not spoken to them, yet they prophesied. But if they had stood in My counsel, And had caused My people to hear My words, Then they would have turned them from their evil way And from the evil of their doings” (vv 21-22).

The problem as that these prophets spoke from their own imaginations and not from the mind of God. Prophets had the solemn responsibility to speak God’s words, not their own. In the account of Jeremiah’s call, we read, “Then the LORD put forth His hand and touched my mouth, and the LORD said to me: ‘Behold, I have put My words in your mouth'” (Jer 1:9). In calling Ezekiel, the Lord said, “Son of man, receive into your heart all My words that I speak to you, and hear with your ears. And go, get to the captives, to the children of your people, and speak to them and tell them, ‘Thus says the Lord GOD,’ whether they hear, or whether they refuse” (Ezek 3:10-11). The prophetic message was to be punctuated with, “Thus saith the LORD.” But, the prophets against whom Jeremiah speaks punctuated their messages with no such thing.

Preachers today must punctuate their messages with “Thus saith the LORD.” Obviously, we do not have the direct leading of the Holy Spirit as did the Old Testament or New Testament prophets or the apostles. Yet, we dare not use that as an excuse to preach anything other than the Word of God. You remember what Paul told Timothy: “Preach the word!” (2 Tim 4:2). There’s good reason to preach that Word. Only that Word has the ability to reach into man’s innermost being: Hebrews 4:12. Only that Word has the ability to re-create individuals: 1 Peter 1:23.

May we ever be those who come to hear the Word of God and not the word of men!

“Therefore thus says the LORD of hosts concerning the prophets: ‘Behold, I will feed them with wormwood, And make them drink the water of gall; For from the prophets of Jerusalem Profaneness has gone out into all the land.'”

Notice carefully that the Lord was doing the speaking through Jeremiah. That, of course, goes back to the prophetic role of speaking the words of the Lord. But, notice specifically that the Lord was angry with the prophets. This wasn’t a situation where Jeremiah was upset that he had competition and said, “I’m going to show you prophets I’m the real prophet.” No, Jeremiah wasn’t being the least bit egotistical, but God was angry. God was being wronged. His people were being led astray by these preachers. Can we think today that God is the least bit happy with preachers who lead His people astray?!

God would punish these prophets by making them eat bitter food and drink poisoned water. “Wormwood” is a strong smelling and bitter tasting food, something no sane person would really want to eat. God would also cause them to drink poisoned water–again, no person in his right mind would want to drink such.

Can we think that God in this age will not punish those who lead His people astray? Scripture affirms that He will. 2 Peter 2:1-3. Jude 4. You remember what James says: “My brethren, let not many of you become teachers, knowing that we shall receive a stricter judgment” (Js 3:1). It’s only right that we who teach will be judged more strictly. How can we call people to live a certain way and not live that way ourselves? How can we lead people to their own destruction and escape that destruction ourselves?

This, though, should serve as more than just a warning to those of us who teach: this message should serve as encouragement. God is on His throne in heaven, and He rules the affairs of men. It may seem to us that some false teachers have an easy way in this life. They may be able to beguile individuals to send in their last penny while they live like fattened hogs. They may have a large following and beguile many into believing that their souls are pure. They may give parents false hope that a child’s terminal illness has been cured.

Yet, this life is not all that there is. Those who teach falsely will face God’s punishment. What about you? Are you going to face God’s judgment? Do you need to come this evening and escape God’s judgment and accept His grace?