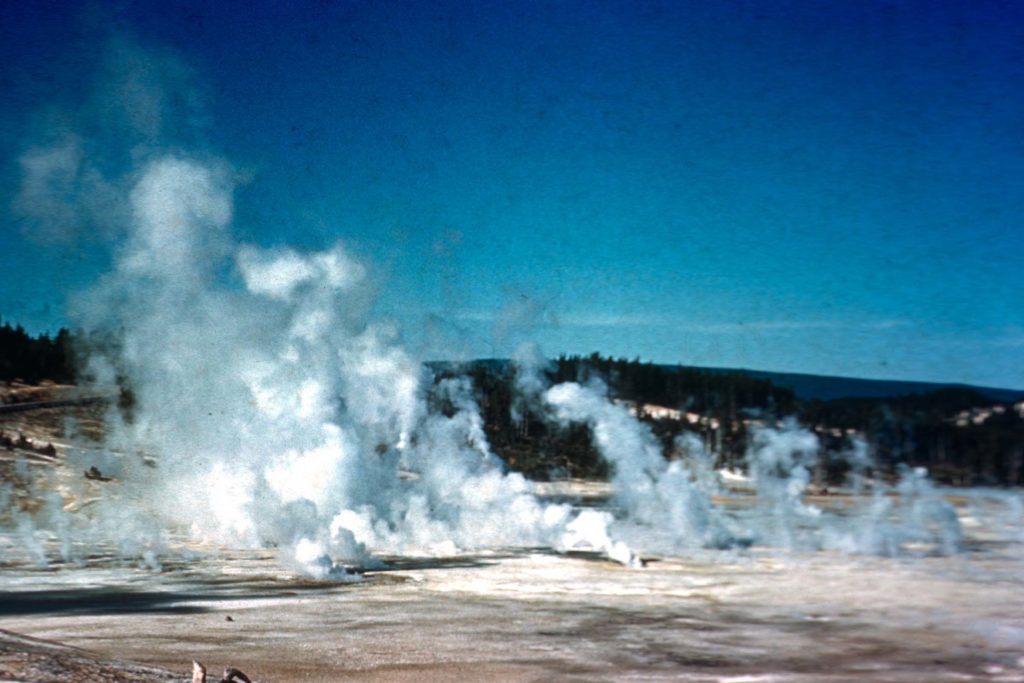 Gerald Watts was a long-time preacher and elder in the Charleston, West Virginia area. Gerald was highly respected by everyone who knew him; he did many weddings and funerals in the area.

Gerald had taken me under his wing when I first moved to Alum Creek. He rather quickly became a mentor. Really, Gerald was something more like a grandfather figure than an elder; I loved Gerald dearly.

We were having a Christmas get-together at the home of a couple church members. Gerald was up in years and didn’t do many fellowship things anymore, but Gerald had been begged and begged to come. Many are gathered in the basement of the members’ home when Gerald arrives. Gerald sits down on the couch, and I move to sit next to him, and we are talking and laughing.

The food is ready, and it’s time for prayer. I don’t remember who led the prayer, but what happened during that prayer is something I’ll never forget. Gerald begins to mumble quite loudly, but he knows we’re praying—what’s up with that?! Gerald then clearly says, “I don’t feel good.” He then says, “I’m having a heart attack.”

Then, Gerald falls over unconscious into my lap. I’m frozen and unable to move. Tammy yells quite loudly to snap me out of my fog so that I can move and allow a couple EMTs from church to begin their work.

Gerald dies early the next morning. He had an aortic aneurism that ruptured; it’s a wonder he didn’t die immediately when it ruptured. All was well one minute, but he was with the Lord the next.

“LIFE IS UNCERTAIN!” Throughout Scripture, we find the truth of life’s brevity repeated. When Saul is trying to kill David, David says to Jonathan, “But truly, as the Lord lives and as your soul lives, there is but a step between me and death” (1 Sam 20:3). “My days are swifter than a weaver’s shuttle and come to their end without hope. Remember that my life is a breath; my eye will never again see good” (Job 7:6-7).

In our text, James speaks to some folks who had forgotten that LIFE IS UNCERTAIN. He reminds his readers of the uncertain nature of life. He gives them counsel in light of life’s uncertainty.

“Come now.” The Greek idiom used here means “We need to talk.” James needs to get his readers’ attention. He has something very important to say to them.

James wishes to talk with those who say, “Today or tomorrow we will go into such and such a town and spend a year there and trade and make a profit.” It’s no problem that they’re making plans. Jesus made plans to go to Jerusalem (Lk 10:51). Paul made plans for his mission trips. The problem is that these folks are making plans without considering God.

They don’t know what tomorrow will be like. How often has life been turned upside down in an instant?

Life is a vapor that appears for a little time and then vanished away. Vapor doesn’t last long and vapor’s effects are short-lived. If you take hot shower, turn on a fan, and the vapor goes away. Physical life is like that vapor-it can vanish in an instant.

We ought to say, “If the Lord wills, we will live, and do this, or that.” God is the One who governs the Universe. I may not know how long I have on this earth, but He does!

The point James is seeking to make: LIFE IS UNCERTAIN!”

Since “LIFE IS UNCERTAIN,” how should we live? Some want to live their lives in great fear. James, however, tells us the way to live: “So whoever knows the right thing to do and fails to do it, for him it is sin” (v 17). People often take this verse out of context and talk about “sins of omission”—that is a very valid point. But the context has to do with the uncertainty of life: “Because life is uncertain, I need to do the right thing NOW!”

Some talk about having a “bucket list” – things they want to do before they “kick the bucket.” Tammy, the boys, and I went with my father-in-law to Niagara Falls a few years ago; that was a big part of his “bucket list.” James is saying: “Put doing right on that bucket list and get it done.”

Think with me. I know each of us has some good we need to do. Think seriously about what it is in your life that you need to do. Do it right now! You may not be on this earth in five minutes!

Do you need to become a Christian? Do that NOW!