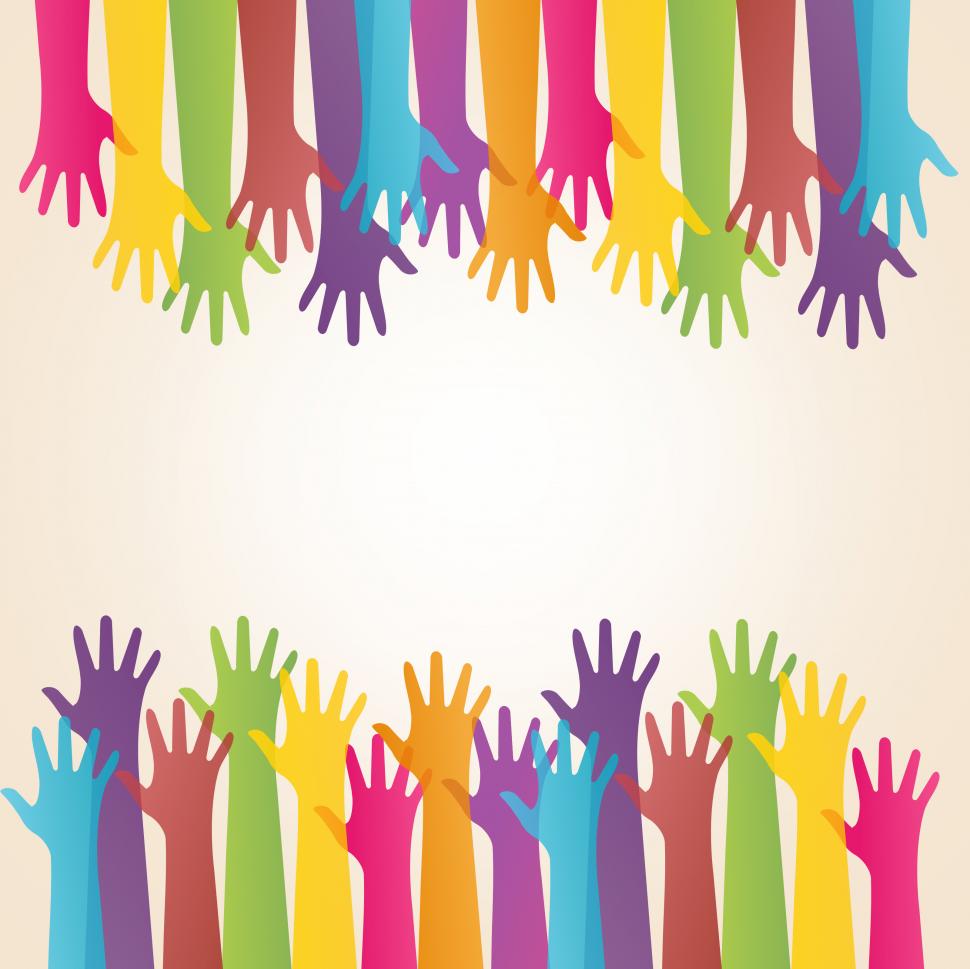 When I started middle school, I became friends with Brian — I cannot remember his last name. We were interested in the same subjects, we watched the same TV shows, we played chess together, and we worked on school projects together. However, one day Brian ruined our friendship. We were in gym, and we were picking teams for basketball. Brian was one of the team captains. I was one of the last two waiting to be picked for a team. As crazy as it might sound, Brian picked the other guy. It was a very long time before I would even speak to Brian after that. Brian wanted a friend to help win that ballgame; I wanted a friend to keep me from being embarrassed.

Have you ever considered what God might want in a friend? We are more than willing to talk about His befriending us. “What a friend we have in Jesus, all our sins and griefs to bear.” I want Him as my friend, for He’ll carry all my sins and my griefs.

However, do we ever think about putting the shoe on the other foot? Do we ever think, in other words, of what is required to be a friend of God? In this morning’s text, James discusses how we can be God’s friends. James holds Abraham up as an example of following God, and, as Abraham followed God, “he was called a friend of God” (Js 2:23).

Someone might rightfully say, “But, Justin, the text doesn’t say that we can be friends of God. The text says Abraham was.” True enough, but the context makes abundantly clear that James is holding up Abraham as an example to follow. Thus, it would seem to me, at least, that as we follow God as Abraham did that each one of us would be called “The Friend of God.”

Do you want to be a friend of God? Here’s how you can become “The Friend of God”: “Faith evidenced by works makes you a friend of God.” Let’s think about how James teaches us that lesson.

In this passage, James is going to say some things that sound very, very odd. James is going to say that works are absolutely essential to salvation. James will use the example of Abraham’s offering Isaac to demonstrate that you cannot be saved apart from works. Jesus’ brother will even say, “You see that a person is justified by works” (v 24).

Paul says the exact opposite. “By grace you have been saved through faith. And this is not your own doing; it is the gift of God, not a result of works, so that no one may boast” (Eph 2:8-9). Paul uses Abraham as an example that we are saved without works: Romans 4:1-5.

There are three things we need to keep in mind.

One: Paul and James use the word “faith” in vastly different ways.

Paul refers to faith in the sense of trusting God. Romans 4:18-22. Abraham knew that God said he was going to have a son. Because Abraham knew that God is powerful and that God fulfills His promises, he believed God; he trusted God. Abraham’s trust in God was so deep that he even took Isaac, his son of promise, to sacrifice him to God. Hebrews 11:17-19. Abraham’s deep trust in God led the patriarch to action.

James uses faith to mean “intellectual assent.” In other words, James talks about faith merely as believing there is a God. “You believe that God is one; you do well. Even the demons believe–and shudder!” (Js 2:19). The demons do not believe in the sense of trusting God, but they know He exists. It is not enough simply to believe that God exists; we need that faith to turn into trust and that trust will lead to obedience.

Two: Paul and James refer to “works” in different ways.

Paul writes about works of merit, i.e. things we could do and feel great about them and boast. Romans 4:1-2. Ephesians 2:8-9.

James talks about obedience. Abraham was justified by taking Isaac up a mountain to sacrifice him. Why would Abraham do such a thing? God told him to do it!

Paul speaks of becoming a Christian: “By grace you have been saved through faith. And this is not your own doing; it is the gift of God, not a result of works, so that no one may boast” (Eph 2:8-9). That does not negate obedience: Jesus “became the source of eternal salvation to all who obey him” (Heb 5:9).

But, no matter how much I obey, God’s salvation continues to be by grace through faith. Faith is the bedrock principle upon which I obey God; without trust in God I will not bother obeying Him. Regardless of how much I obey, I will never deserve salvation. Salvation always comes as the gift of God. “When you have done all that you were commanded, say, ‘We are unworthy servants; we have only done what was our duty'” (Lk 17:10).

James speaks about works one does after he is a Christian. He speaks of noticing “a brother or sister” who is in need (v 15). He, therefore, obviously speaks of those who are in Christ.

With that context clearly in mind, let us contemplate what James teaches us.

Proper faith puts on “God-colored glasses.” In other words, proper faith causes us to see the world as God does. James says that a proper faith will not allow a brother or sister to go without proper food and clothing. Why does a proper faith clothe and feed people? Because that’s what God does. “If God so clothes the grass of the field, which today is alive and tomorrow is thrown into the oven, will he not much more clothe you, O you of little faith?” (Matt 6:30). Paul tells the people of Lystra: God “did not leave himself without witness, for he did good by giving you rains from heaven and fruitful seasons, satisfying your hearts with food and gladness” (Acts 14:17). Proper faith, therefore, sees people as God sees people.

Yet the principle that we see the world as God does runs throughout Scripture. “As he who called you is holy, you also be holy in all your conduct, since it is written, ‘You shall be holy, for I am holy'” (1 Pet 1:15-16). Are you acting like God in this world?

Proper faith finds completion in obedience. In the same passage where Paul says we are saved by grace through faith, he writes: “We are his workmanship, created in Christ Jesus for good works, which God prepared beforehand, that we should walk in them” (Eph 2:10). Abraham understood that he was God’s “workmanship;” therefore, Abraham acted.

There is something “interesting” at 23: “The Scripture was fulfilled that says, ‘Abraham believed God, and it was counted to him as righteousness’ — and he was called a friend of God.” As James quotes the Old Testament, he says that Abraham was justified (i.e., made right before God) by faith. Abraham’s works are never mentioned in that quote. That seems to suggest that faith and acting in obedience are closely related. “By faith Abraham obeyed when he was called to go out to a place that he was to receive as an inheritance. And he went out, not knowing where he was going” (Heb 11:8). “By faith Abraham, when he was tested, offered up Isaac, and he who had received the promises was in the act of offering up his only son” (Heb 11:17).

How can we put these truths into practice?

As we said earlier, “Faith evidenced by works makes you a friend of God.” How can you practically become the friend of God?

One: You need to know who God is.

Notice what James writes: “You believe that God is one; you do well. Even the demons believe–and shudder!” (Js 2:19). Why do you think the demons shudder? They know who God is: He is a God who judges. “God did not spare angels when they sinned, but cast them into hell and committed them to chains of gloomy darkness to be kept until the judgment” (2 Pet 2:4). Those demons know that God judges. God does judge all of us: “It is a fearful thing to fall into the hands of the living God” (Heb 10:31).

Abraham also knew who God is: Abraham was “fully convinced that God was able to do what he had promised” (Rom 4:21). Abraham knew two things about God: 1) God would keep His promise to give him a son; and 2) God had the power to allow a barren woman and a man “as good as dead” (Heb 11:12) to conceive.

If you want a proper faith, you need to understand who God is. Spend time with Scripture seeking to learn about God. Let’s think about some examples:

Study and know who God is.

Two: You act on the reality of God.

In this morning’s text, you see beings acting on the reality of God.

You need to act on the reality of who God is. “Faith without works is dead.” Working our faith in the reality of God is a very broad subject. How can we work that idea practically?

Ideally, we’d do everything God says to do every day in every way. But, I struggle greatly with sin, and I have no doubt that you do as well. What if we took “baby steps” this week to grow and mature in Jesus? We’ve been reading from James this morning, and James is a great place to start with practical religion; James is often called “The Proverbs of the New Testament.”

Let’s think about some examples from James for just a moment.

Put those truths from James into practice. Guard your tongue more closely. Call a widow to see how you might be able to help. Confess sin to a trusted brother or sister and asks that he/she pray with you. What do you need to put your faith into practice?

Not only can you be God’s friend; He wants to be your friend and save you from an eternal hell. While Jesus was ministering in the first century, His detractors said, “Look at him! A glutton and a drunkard, a friend of tax collectors and sinners!” (Matt 11:19).

Do you need to come and claim that salvation this very day?