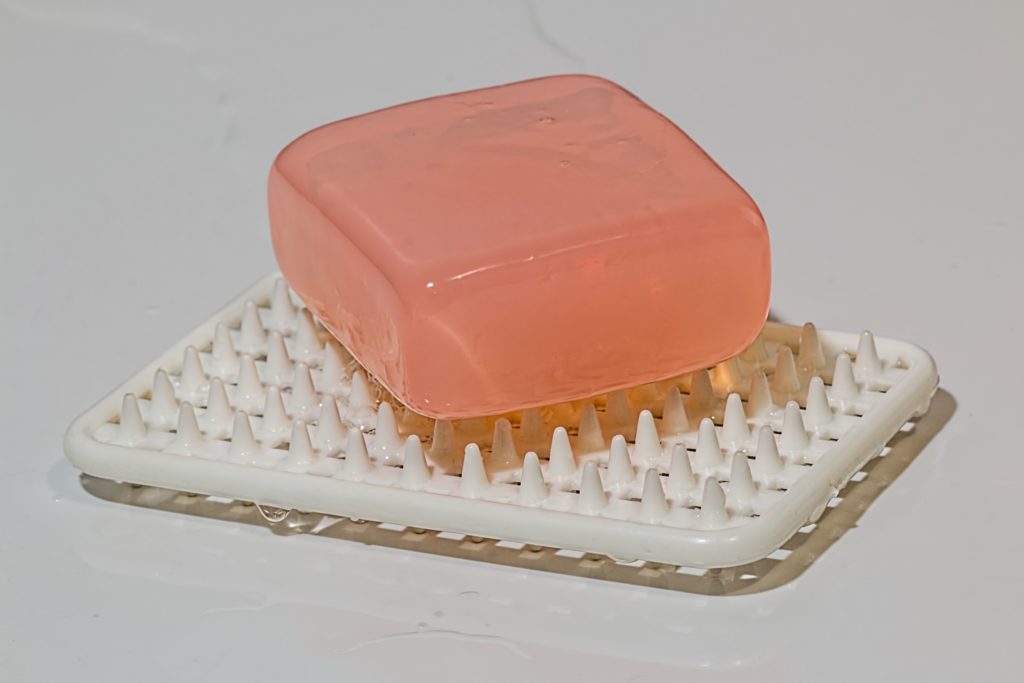 How would you like to live with a person who never took a bath? It is said that Isabella of Spain boasted that she only took two baths in her life-one when she was born and one when she married Ferdinand. She later received a bath after she died. If I had been Christopher Columbus and had to ask her for support, America still would be waiting to be discovered!

We greatly value cleanliness. In fact, we likely value cleanliness a little too much. Our love of hand sanitizers is weakening our resistance and allowing superbugs to attack many people. Research has shown that children whose parents have them wash their hands often have weaker immune systems as adults than those children whose parents weren’t quite as concerned with such things. But, when it comes to religion we dare not be like Isabella of Spain and it’s not possible to be overly concerned with the purity of our religion.

In tonight’s text, James is apparently dealing with some “pretenders.” These individuals were active in church life and worshiped regularly, but their hearts were not right before God. It seems that particularly these individuals had a hard time controlling their tongues, for James says: “If anyone thinks he is religious and does not bridle his tongue but deceives his heart, this person’s religion is worthless” (v 26). In other words, the mouth is a “window” to the heart and how one speaks determines whether or not his heart is attuned to God.

The word “religious” further carries connotations of people who just pretended to be Christians. The word refers to the worship of God, especially in terms of public worship, fasting, or giving to the needy. In other words, the Greek word “religion” refers to the visible acts that one carries out before others. In fact, the adjective “religious” only occurs at verse 26; the noun religion occurs four times in the New Testament and only once is it used positively.

What does religion look like that has had a bath? Religion that has been bathed is “pure and undefiled before God, the Father.” The Greek word for “pure” means to be clean, to have no impurities. The term is used in a physical sense at Matthew 23:26: “You blind Pharisee! First clean the inside of the cup and the plate, that the outside also may be clean.” “Pure religion,” therefore, is religion that has been cleansed of all its impurities.

The Greek word for “undefiled” means to be completely without blemish. The term is used of Jesus in Hebrews 7:26: “It was indeed fitting that we should have such a high priest, holy, innocent, unstained, separated from sinners, and exalted above the heavens.” Thus, “undefiled religion” has no defect.

This evening, let us think seriously about giving our religion a bath.

A Bathed Religion is a Serving Religion

“Religion that is pure and undefiled before God, the Father, is this: to visit orphans and widows in their affliction.”

A bathed religion serves orphans and widows. The Greek term for “to visit” is loaded with meaning and has nothing to do with a mere social visit. The word itself means to look upon or to examine. A physician does not examine a patient simply to see the patient, but he does so in order that he might discover what is wrong and what can be done to help. The idea in this verse is much the same-that one “examines” widows and orphans to see what their suffering is and what can be done to alleviate that suffering.

The word is often used for the care God shows his people; e.g., “What is man, that you are mindful of him, or the son of man, that you care for him?” (Heb 2:6). When people do the visiting, the idea is to see how the person is; e.g., “After some days Paul said to Barnabas, ‘Let us return and visit the brothers in every city where we proclaimed the word of the Lord, and see how they are'” (Acts 15:36). Therefore, in visiting widows and orphans, the Christian looks after them and sees what he can do to alleviate their suffering.

Why would James single out “orphans and widows”? We must understand that care was not given to orphans and widows in the first century as it is today. Today, widows have Social Security and likely have a pension from their husband. She can, if she is able and has the need, find employment. Orphans will be provided for by the state, if need be. But, in the day of James, none of these “safety nets” existed. Orphans and widows had no means of support and they were not able to find employment. Therefore, they were totally dependent upon the benevolence of others.

What do we need to take away from this passage? We live in an era where orphans and widows aren’t as powerless as they were in James’ day; therefore, what should we take away? Obviously, we need to be involved in caring for orphans and widows. The government’s action does not remove our responsibility. We dare not sit idly by and allow the government to do what God has told us to do! “Honor widows who are truly widows” (1 Tim 5:3). “If any believing woman has relatives who are widows, let her care for them. Let the church not be burdened, so that it may care for those who are truly widows” (1 Tim 5:16). While Paul says that widows are to be provided for first by their families, notice that the church is to care for widows who are all alone.

How are we to care for widows and orphans?

How much do we seek to help widows and orphans be whole? Is your religion clean, or do you need to give it a bath?

“Religion that is pure and undefiled before God, the Father, is this: to visit orphans and widows in their affliction, and to keep oneself unstained from the world.”

Not only does a bathed religion serve others, but a bathed religion severs its ties to the world. God has always desired that his people keep themselves away from the world. He commanded the Israelites to be different from the nations around them: “When the LORD your God gives [the Canaanite nations] over to you, and you defeat them, then you must devote them to complete destruction. You shall make no covenant with them and show no mercy to them. You shall not intermarry with them, giving your daughters to their sons or taking their daughters for your sons, for they would turn away your sons from following me, to serve other gods” (Deut 7:2-4).

In this current age, we must keep ourselves “unstained from the world.” “Do not be conformed to this world, but be transformed by the renewal of your mind” (Rom 12:2). “Do not be unequally yoked with unbelievers. For what partnership has righteousness with lawlessness? Or what fellowship has light with darkness? What accord has Christ with Belial? Or what portion does a believer share with an unbeliever? What agreement has the temple of God with idols?” (2 Cor 6:14-16).

Why is it so important that we keep ourselves “unstained from the world”?

One: God expects his people to draw others to him.

“You are the salt of the earth, but if salt has lost its taste, how shall its saltiness be restored? It is no longer good for anything except to be thrown out and trampled under people’s feet. You are the light of the world. A city set on a hill cannot be hidden. Nor do people light a lamp and put it under a basket, but on a stand, and it gives light to all in the house. In the same way, let your light shine before others, so that they may see your good works and give glory to your Father who is in heaven” (Matt 5:13-16). If I fail to keep myself separate from the world, how can I be the “salt of the earth”? If I’m no different from my neighbor, how can I be “the light of the world”?

Becoming stained with the world leads us into sin and away from God.

That’s precisely what happened when Solomon married his foreign wives: “When Solomon was old his wives turned away his heart after other gods, and his heart was not wholly true to the LORD his God, as was the heart of David his father” (1 Ki 11:4). If we allow the world to stain us, our heart will not be attuned to God and we can easily fall away as did Solomon.

Mithridates was overcome in battle by Lucullus, and sought safety in flight. Seeing his pursuers were gaining upon him, he caused great quantities of gold to be scattered in the way. The Romans stopped to pick up the treasure, and Mithridates escaped. The Romans were overcome with the things of this world and took their eyes of their goal. If we are overcome with the things of this world, we will also take our eyes of the goal. Are you eyes on the goal tonight? Is your religion “pure and undefiled before God, the Father,” or do you need to give your religion a bath tonight in the blood of Jesus?