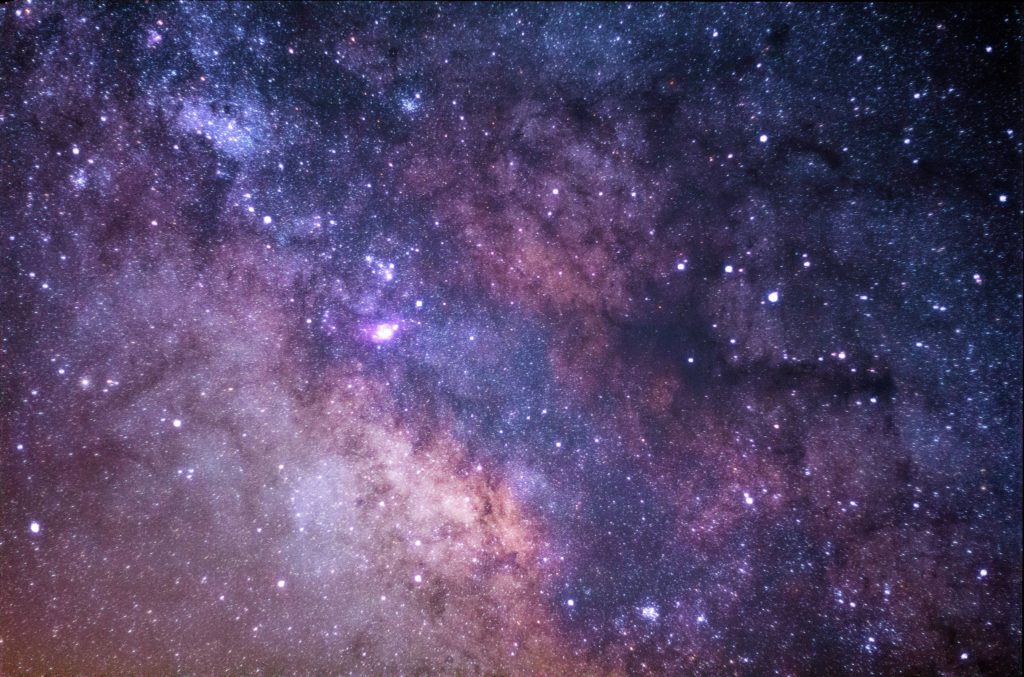 Last Saturday was a terribly tragic day for our nation. For the third time in our history, we had lost astronauts, and for the second time, we had lost them in flight. Our national pride is wrapped up in the space program, and when something catastrophic occurs, our national pride is harmed. But, the worst part of the shuttle tragedy – indeed, any tragedy – is that loved ones – spouses, children, parents – are left to mourn.

In his attempt to comfort a grieving nation, the President quoted from Isaiah 40:26. The President said, “In the skies today we saw destruction and tragedy. Yet farther than we can see there is comfort and hope. In the words of the prophet Isaiah, ‘Lift your eyes and look to the heavens. Who created all these? He who brings out the starry hosts one by one and calls them each by name. Because of His great power and mighty strength, not one of them is missing.’ The same Creator who names the stars also knows the names of the seven souls we mourn today.” The President accurately portrayed the meaning of the text; indeed, we find this text in a passage intended to comfort the Jews.

But, this text was written centuries before space flight was even dreamed about, let alone a reality. Our text this morning is in a context written to comfort the Israelites who would go into Babylonian Captivity – although our text was written before the captivity, it speaks to those in captivity.

The two verses we have chosen for our study this morning speak of God’s unfathomable power. This morning, we want to think about that power.

“‘To whom then will you liken Me, Or to whom shall I be equal?’ says the Holy One.”

God is magnificent; he is incomparable; there is none like him.

Isaiah wrote in a time when idolatry was rampant. “The workman molds an image, The goldsmith overspreads it with gold, And the silversmith casts silver chains” (Is. 40:19). “He makes a God and worships it; He makes it a carved image, and falls down to it” (Is. 44:15).

In light of the rampant idolatry, God asked, “To whom then will you liken Me, or to whom shall I be qual?” Would the Israelites attempt to compare God with the idols they worshiped? There was no way that God could be compared with idols. God is the Creator, the One who made not only man but the materials man fashions into idols. “It is He who sits above the circle of the earth, And it inhabitants are like grasshoppers, Who stretches out the heavens like a curtain, And spreads them out like a tent to dwell in” (Is. 40:22). The idols are not even worthy to be compared with God; he is far greater, far more magnificent than they.

Would the Israelites attempt to compare God with man? There was no way that God could be compared with man. Although man lives and thinks, in juxtaposition to the lifeless idols, man is still the creature. Even the most powerful men are not comparable to God: “He brings the princes to nothing; He makes the judges of the earth useless” (40:23). Man is not even worthy to be compared with God; God is far greater, far more magnificent than man.

The reason for God’s magnificence and superiority over everyone and everything else is obvious from this text- He is the Holy One. God is immensely holy. When Isaiah was called to prophesy, he saw God and heard seraphim cry out, “Holy. holy, holy is the LORD of hosts” (Is. 6:3). The four living creatures in Revelation do not rest but continually offer praise to God: “Holy, holy, holy, Lord God Almighty, Who was and is and is to come!” (Rev. 4:8). Because God is holy, separate from man, he is greatly magnificent and greater than anyone or anything.

“Lift up your eyes on high, And see who has created these things.”

To prove his point of God’s magnificence, Isaiah points his readers to the stars, and tells them to look to the heavens. The heavens are probably mentioned here, because in ancient mythology the stars were seen as visible representations of the gods. The Babylonians worshiped the stars, but so did the Canaanites, and on a few occasions the Israelites worshiped the stars because of the influence of the Canaanites. “They left all the commandments of the LORD their God, made for themselves a molded image and two calves, made a wooden image and worshiped all the host of heaven” (2 Ki. 17:16). Manasseh “worshiped all the host of heaven and served them” (2 Ki. 21:3). The point here is: the stars are not worthy of worship because they are not self-existent; they were created. The One who made the stars deserves praise and adoration, not the stars themselves.

God is the Creator, everything that is exists by God’s great power. “In the beginning God created the heavens and the earth” (Gen. 1:1). God “made the world and everything in it” (Acts 17:24). “By faith we understand that the worlds were framed by the word of God, so that things which are seen were not made of things which are visible” (Heb. 1 1:3).

He “brings out their host by number; He calls them all by name, By the greatness of His might And the strength of His power; Not one is missing.”

The Lord calls the stars by name. In the ancient world, to know the name of something was to have power over it. Adam’s naming the animals (Gen. 2:19-20) demonstrates man’s sovereignty over the animals. Our naming our children demonstrates the authority parents have over their children.

In the same way, God’s naming the stars shows his authority over them, his sovereignty over the stars. Just think about the power God must have if he has power over the stars. Take our own sun, for example. The temperature at the sun’s surface is several thousand degrees; the temperature at the sun’s core reaches nearly ten million degrees. The sun produces energy equivalent to the explosion of about two billion fifty-megaton hydrogen bombs per second. The sun should be able to keep burning at this rate for nearly ten billion years. And, the amazing thing is that the sun is one of the smaller stars in the universe!

The point is that the stars obey God, and if the stars obey God, he has immense power. This text speaks of God’s power – “By the greatness of His might And the strength of His power.” But, other texts speak of God’s power. “When Abram was ninety-nine years old, the LORD appeared to Abram and said to him, ‘I am Almighty God'” (Gen. 17:1). God “established the mountains by His strength, Being clothed with power” (Ps. 65:6). It is that power we summon when we pray: it is that power that can heal the sick, mend the brokenhearted, guide world leaders, and help us as we strive to live Christ-like.

What a powerful example for us: to obey God. The stars have no choice but to do what God says: although the stars exhibit great power, God has immensely more power. But we do have a choice: we, unlike the stars, have freewill. The decision, then, is ours. Will you obey God, or will you not?

Last Saturday was a terribly tragic day for this nation. Yes, we lost seven astronauts, yes, our pioneer spirit was damaged; yes, our national pride was harmed. Undoubtedly, there will be discussions in the coming weeks about the safety of the space program and whether or not we ought to continue to send man into space.

But, there is something immensely more dangerous than spaceflight: living one’s life without God. The worst thing that can happen on a spaceflight is for one to lose his physical life, but the worst thing that can happen living one’s life without God is to lose his spiritual life, to be lost eternally. Will you continue to live dangerously, or will you come to God?