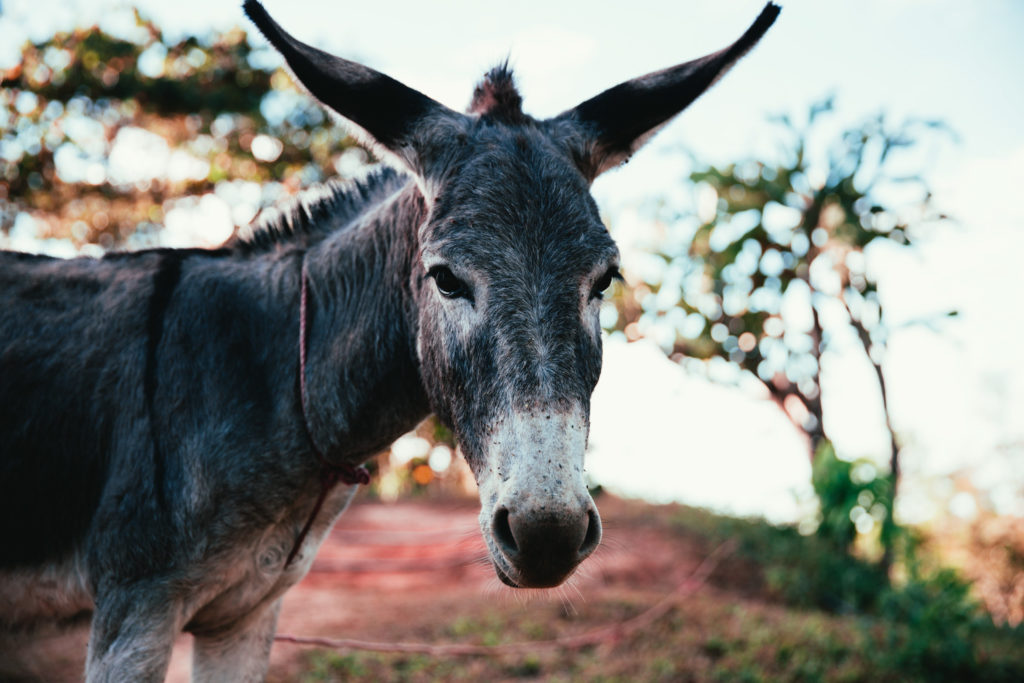 Some people are just plain stupid. A girl in high school wanted to know where she could buy horn fluid because her car horn stopped working. A lady I was working with at one congregation was concerned that after her son’s surgery he would be placed in the OB unit where visiting hours are limited.

God is going to tell us about some people who are just plain stupid.

God calls a court into session. God brings a complaint against Judah. God serves as both the Judge and the Plaintiff. Judah is the defendant. The heavens and earth are told to hear the complaint. They serve as the jury.

The Lord had nourished Judah.

God was the Father and the Hebrews were his children—God told Moses to tell Pharaoh, “Israel is my first-born son” (Ex 4:22). Just as a father provides for his children, God had cared for Judah—The idea is that God had raised Judah from infancy through adulthood. The Lord provided for the Israelites. God sent them a leader to lead them from captivity. God provided deliverance from their foes. God gave them manna, quail, and water.

The Israelites, however, had forsaken God. The fundamental idea behind “rebel” is a breach of relationships. When Israel rebelled against God, they were no longer acting as his children.

The people had turned away from God.

Judah was a sinful nation. The third month after the escape from Egypt, God told the Israelites that they were to be “a holy nation” (Ex 19:6). This nation now was one steeped in sin, no longer God’s holy people.

Judah was a brood of evildoers. “Brood” refers to offspring—the Israelites were offspring of evildoers. The people of Judah had inherited a sinful nation from their parents, and they had done nothing to correct the situation.

Judah had forsaken the Lord.

The people had provoked the Holy One of Israel to anger. Throughout this book, Isaiah refers to God as the “Holy One of Israel.” Isaiah is making the point that God is holy, and God’s people are unholy.

Judah had turned away backward. Judah had forsaken God.

Forsaken God is foolish. He is the one who provides for us. He will cleanse us from sin. Are you being foolish?

Being Punished by God is Foolish, vv 5-8

The people had been stricken with punishment.

Isaiah asked the Hebrews, “Why should you be stricken again?” The idea behind “stricken” is corporal punishment. God is attempting to discipline his people and turn their hearts back to him. Yet, the more God punishes, the more the people rebel. God stood ready to heal and to forgive. Yet, even in the face of God’s mercy, these individuals continued to sin.

This people continued to revolt more and more.

Isaiah depicts this nation as one who is covered in scores from head to toe. There is no soundness in their bodies. This people has bruises and sores and bleeding wounds. “Wounds” refer to cuts that have opened the flesh. Bruises covered the body. Putrefying sores refers to swollen strips or welts as if Judah had been beaten.

These wounds have not healed. These wounds needed to be closed so that they could heal. Yet, these horrible wounds remained open. No ointments for protection had been given.

Judah had been left desolate.

The most likely understanding of these verses is that the devastation they depict occurred when Sennacherib invaded Judah and besieged Jerusalem in 701 BC.

The country of Judah was desolate. Basic to the meaning of “desolate” is the idea of vast destruction caused by divine punishment. Judah was being brought to her knees by God.

The cities of Judah lay burned. The cities had been destroyed.

Foreign powers had come into Judah and they were looting its goods.

Judah was left as a booth in the vineyard, like a hut in a garden of cucumbers. The booth in the vineyard or the hut in the garden of cucumbers refers to makeshift cabins. These cabins were made with four poles placed in the ground. A small awning was placed over these structures to protect the occupants from the head of the sun. The landowner or some of his servants stayed in these structures during harvest to keep animals and thieves away. Isaiah’s point is that Judah has become as lonely as a sole structure in the middle of the field.

Enduring these punishments was foolish. God stood ready to forgive. “If My people who are called by My name will humble themselves, and pray and seek My face, and turn from their wicked ways, then I will hear from heaven, and will forgive their sin and heal their land” (2 Chr. 7:14).