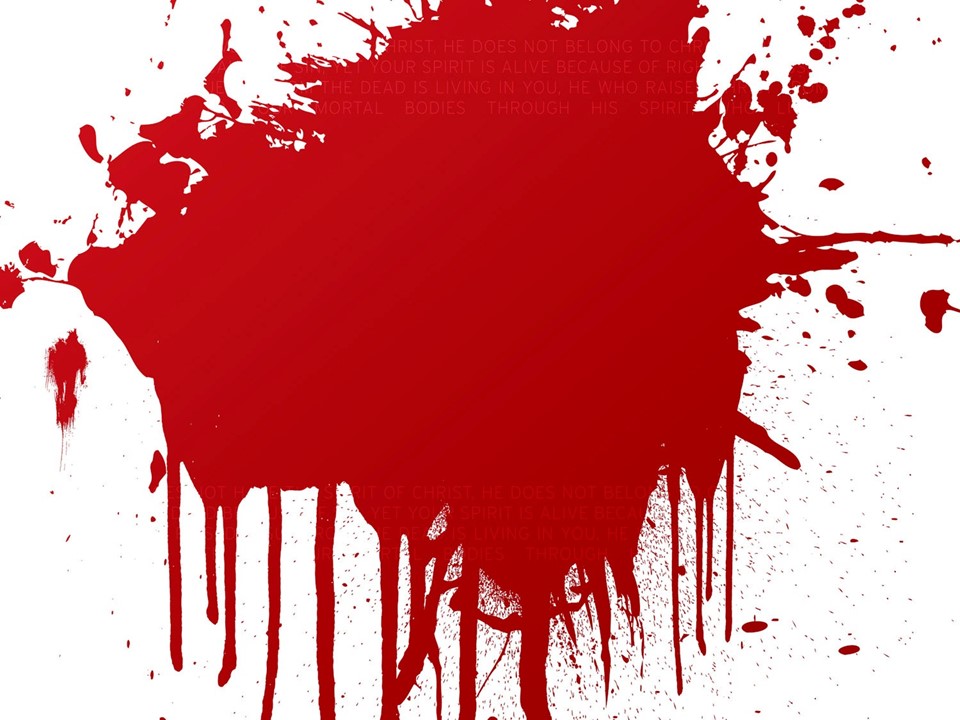 The first recorded attempt at a blood transfusion was the case of Pope Innocent VIII. Three 10-year-old boys were promised a gold coin if a physician could extract their blood to give to the comatose Pope. Blood from these three boys was injected into the Pope through the mouth; the Pope and all three boys died.

But, in 1818, Dr. James Blundell, a British obstetrician, performed the first successful transfusion of human blood. Dr. Blundell used this blood to treat a patient for her postpartum hemorrhaging. The blood of her husband was infused into her, and the patient survived. Between 1825 and 1830, Dr. Blundell performed 10 transfusions, five of which were successful.

Thankfully, many people step forward each year to donate blood. The American Red Cross has 34 blood-service regions across the nation. Jim Parker, a retired school superintendent, and his wife, Linda, a teacher, made a 17-month tour visiting each one of them in order to donate blood. They drove 78,422 miles. The Parkers estimate their donations will save 130 lives. They also hope to inspire others to give, thereby saving even more lives. While each of us has been touched in some way by the donating and transfusing of blood for medical purposes, there is another blood transfusion we much more seriously need.

As the author of Hebrews makes abundantly clear in this morning’s text, we must have Jesus’ blood transfused to us.

“When Christ appeared as a high priest of the good things that have come, then through the greater and more perfect tent (not made with hands, that is, not of this creation) he entered once for all into the holy places, not by means of the blood of goats and calves but by means of his own blood, thus securing an eternal redemption.”

Christ, therefore, purchases us by “securing an eternal redemption.”

He entered the greater and more perfect tent with his own blood. Crucial in any understanding of salvation is the idea that Jesus shed his blood. “Without the shedding of blood there is no forgiveness of sins” (Heb 9:22). Jesus did shed his blood in order that we might have the forgiveness of sins. About the cup at the Lord’s Supper, the Lord says, “This is my blood of the covenant, which is poured out for many for the forgiveness of sins” (Matt 26:28). Blood flowed from the cross of Jesus: “One of the soldiers pierced his side with a spear, and at once there came out blood and water” (Jn 19:34).

In West Africa, in 1927, a blood specimen was taken from a native named Asibi, who was sick with yellow fever. A rhesus monkey which had just been received from India, was inoculated with the specimen. Asibi recovered, but the monkey died of the disease. All the vaccine manufactured since 1927 derives from the original strain of virus obtained from this humble native. Carried down to the present day from one laboratory to another, through repeated cultures, and by enormous multiplication, it has offered immunity to yellow fever to millions of people in many countries. Likewise, the blood of one man-Jesus Christ-is offered to the world to save, not from some physical illness, but from sin and hell.

When Jesus made atonement for sins, he did so with his own blood. Therein is the great truth of Christianity-man did not need to appease the “gods,” but the Son of God came forward and offered his own blood to redeem us from sin. “For this reason the Father loves me, because I lay down my life that I may take it up again. No one takes it from me, but I lay it down of my own accord” (Jn 10:17-18).

Blood is so very important. “The life of the flesh is in the blood, and I have given it for you on the altar to make atonement for your souls, for it is the blood that makes atonement by the life” (Lev 17:11). Life is not possible without blood. We now know that blood has several vital functions for life; e.g., blood supplies oxygen to tissues, supplies nutrients to tissues, removes waste from tissues, regulates the body’s core temperature, and much more.

It is, therefore, no accident that God connected blood with eternal life. The Lord told the Israelites it was because “the life of the flesh is in the blood” that he gave them blood for the altar. Jesus’ physical life was in his physical blood; he gave up that blood-and his life-in order that we might be covered with his blood and obtain life.

Jesus’ blood purchases us by “securing an eternal redemption.” The idea in “redemption” is the purchasing of something. A ransom was often paid in order to set a slave free and it was usually money that was exchanged. Notice 1 Peter 1:18: “You were ransomed from the futile ways inherited from your forefathers, not with perishable things such as silver or gold.” The mention of silver and gold certainly implies that silver and gold were the common means of redemption.

We were held captive to sin and Jesus provided his own blood as our redemption. We know quite well that sin enslaves. Jesus tells us so: “Truly, truly, I say to you, everyone who commits sin is a slave to sin” (Jn 8:34). We know that reality from our own experience. How many of us have greatly struggled to give up some sin in our lives? It is Jesus, who while we were on the auction block of slavery, came forward and offered his blood as our ransom.

Jesus’ blood provides “an eternal redemption.” Surely, the author wishes to juxtapose those sacrifices that had to be offered year after year with the sacrifice of Jesus Christ, offered once for all. But, Jesus’ blood provides eternal redemption-not only because it was a once for all time sacrifice-but also because it provides redemption throughout all eternity. It’s not that we need to worry about being in heaven for only 500 million years or so, but we shall be there for all eternity. The blood of Jesus is that powerful!

An old Greek story says that Aeschylus, the famous dramatist and soldier, was at one period of his career accused of impiety before the court of the Areopagus. Aeschylus would have been condemned were it not for his brother Ameinias, who had distinguished himself at the great sea battle of Salamis. Ameinias held up before the court his right arm, which had been wounded and maimed in the service of his country, and for the sake of that maimed arm, Aeschylus was pardoned.

It is through the blood of Jesus Christ that we receive our pardon. Have you received that pardon?

“For if the blood of goats and bulls, and the sprinkling of defiled persons with the ashes of a heifer, sanctify for the purification of the flesh, how much more will the blood of Christ, who through the eternal Spirit offered himself without blemish to God, purify our conscience from dead works to serve the living God.”

The author uses an argument here from the lesser to the greater-if the blood of animals purified the flesh, surely the blood of the Son of God purifies the conscience. In the Old Testament, the blood of animals did purify the worshipers. When the people committed themselves to the covenant, as the author will mention at verse 19, they were purified with the blood of goats and calves (Ex 24:3-8). One who came into close contact with a dead body was unclean; the ashes of a heifer were sprinkled upon him for his purification (Num 19).

This purification was “of the flesh.” Being unclean was serious business in the days of the Old Testament. For example, concerning one who has touched a dead body, God says, “Whoever touches a dead person, the body of anyone who has died, and does not cleanse himself, defiles the tabernacle of the LORD, and that person shall be cut off from Israel; because the water for impurity was not thrown on him, he shall be unclean. His uncleanness is still on him” (Num 19:13). Therefore, it was necessary for one to cleanse the flesh in order to come before God in worship and to enjoy the fellowship of his fellow Israelites.

But that was the blood of animals-the blood of Christ purifies, not our flesh, but our consciences. The reason Jesus’ blood can cleanse our consciences is that he “offered himself without blemish to God.” Sacrifices under the Law of Moses, of course, were to be offered without blemish. But, I wonder how many animals that were offered acceptably to God really had a blemish? For example, how many of those animals appeared without blemish but had been infected with a microbe and were sacrificed before they showed signs of illness? How many animals were sacrificed that were blameless but had a defect that we could now detect with an x-ray?

That’s an interesting thought because Jesus had no visible or invisible defect that would prevent his sacrificing himself to God. By the time Jesus arrived at Golgotha, his body was anything but “without blemish.” It’s quite possible the Lord had black eyes and the beginning of bruises from the beating he took at the hands of the soldiers. The flogging ripped his back open-it’s quite possible that organs and bones were exposed. It’s quite possible that Jesus lost so much blood that he was in shock by the time he reached Golgotha-that would account for both his thirst and his quick death. Regardless of his physical state when he reached the cross, his conscience was pure. Therefore, he could offer his blood for our consciences.

The New Testament repeatedly makes the claim that Jesus was sinless. To the Jews, Jesus asks the rhetorical question, “Which one of you convicts me of sin?” (Jn 8:46). God “made him to be sin who knew no sin, so that in him we might become the righteousness of God” (2 Cor 5:21).

Scripture also uses the term “conscience” in much the way we do. Notice, for example, Romans 2:15-16: “They show that the work of the law is written on their hearts, while their conscience also bears witness, and their conflicting thoughts accuse or even excuse them on that day when, according to my gospel, God judges the secrets of men by Christ Jesus.” Notice that Paul speaks of the conscience bearing witness and having thoughts accuse or excuse these alien Gentiles.

We weren’t cleansed in the blood of Jesus to sit around and have a “good life.” We were purged from sin to serve God. Just as those in the Old Testament needed to be ceremonially cleansed to serve God in the Temple, our hearts must be cleansed to serve God in his kingdom. The Greek term here is the one commonly used for the offering of sacrifices of a priest. The idea is that we have been cleansed from our sin and we can come before God with our sacrifice of praise. Have you brought an acceptable sacrifice this day from a purged conscience?

At a great gathering of world religions, held in Chicago many years ago, practically every known religion was represented. During one session, a preacher arose and said: “Gentlemen, I beg to introduce to you a woman with a great sorrow. Bloodstains are on her hands, and nothing she has tried will remove them. The blood is that of murder. She has been driven to desperation in her distress. Is there anything in your religion that will remove her sin and give her peace?” A great hush fell over the assembly as no one dared offer a reply. After a while, the preacher said, “There is but one thing that can remove her sin. ‘The blood of Jesus his Son cleanses us from all sin’ (1 Jn 1:7).”