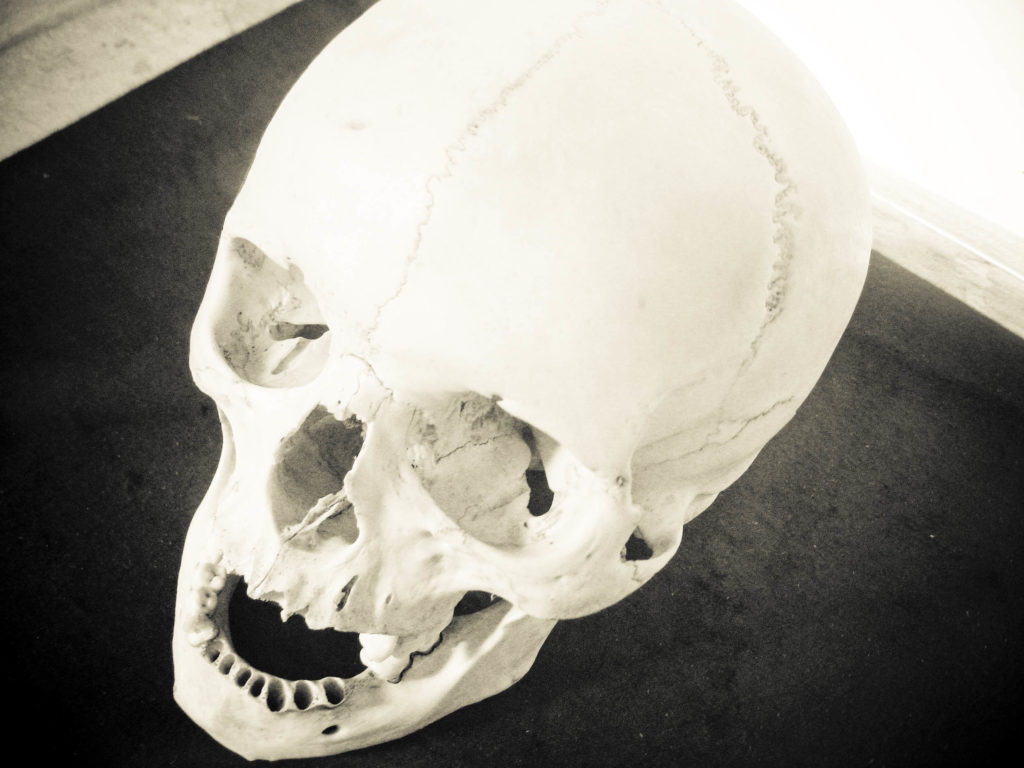 I never will forget seeing someone die for the very first time. I was a young youth minister and the mother of one of our elders was very ill. The family had been called in and the family called me. Tammy went with me. We were dating at the time and the elder’s daughter was Tammy’s best friend.

I’ve seen quite a few other people die. It’s always a feeling of helplessness-there’s really nothing I can do except be there with the family. I’ve been asked on a few occasions to say a prayer or to say a few words after someone has died. Anything I say is going to be woefully inadequate and I know that very well.

You’ve likely witnessed death firsthand. You’ve likely surrounded a loved one as he or she drew his or her last breath. Maybe there’s been a time in your life when you’ve come face to face with your own mortality-some illness, some accident.

We mortals tend to fear death. We do everything in our power to avoid death as long as possible. We fear the pain that’s going to be associated with dying. We fear what the afterlife might be like. We fear being separated from loved ones.

Here, the author says that Jesus became flesh and blood like us in order to die. We are mortal and part of being mortal is being subject to death. Jesus could never have died in His preexistent state-God cannot die. When God revealed Himself to Moses, He revealed Himself by saying: “I AM THAT I AM” (Ex 3:14). The four living creatures praise God by declaring, “Holy, holy, holy, Lord God Almighty, which was, and is, and is to come” (Rev 4:8).

In His death, Jesus destroyed the one who had power of death, the devil. Death is the domain of Satan. Death came into this world through sin: Romans 5:12. Death is an enemy of Christ: “The last enemy that shall be destroyed is death” (1 Cor 15:26).

In His death, Jesus has vanquished death. He was resurrected out of death. “I died, and behold I am alive forevermore, and I have the keys of Death and Hades.” (Rev 1:18).

Through the death of Jesus, the Christian has been released from the fear of death.

There is no reason to fear death. Paul said, “My desire is to depart and be with Christ, for that is far better” (Phil 1:23). The faithful child of God has comfort after death (Lk 16:25).

Jesus needed to become like His brethren that He might be a merciful and faithful high priest to make reconciliation for our sins. In the Old Testament, the high priest would offer sacrifice for the sins of the people.

That’s precisely what Jesus has done for us. He stepped forth and offered Himself as the sacrifice for our sins. Jesus “gave himself for our sins to deliver us from the present evil age, according to the will of our God and Father” (Gal 1:4). “Walk in love, as Christ loved us and gave himself up for us, a fragrant offering and sacrifice to God” (Eph 5:2). That’s the reason-the only reason-the Christian does not need to fear death.

Jesus suffered through temptation; therefore, he is able to help us as we are being tempted.

Since Jesus has offered Himself for our sins and has suffered the same temptations we face, “The Christian can face death with hope and expectation.”

There is absolutely no reason for you to be afraid of death.

Imagine that you’re going to die this afternoon. In that fantasy, you can choose how that happens, but you will not be here tonight.

What about the possibility of dying today frightens you? Let’s think about some common fears and offer biblical solutions.