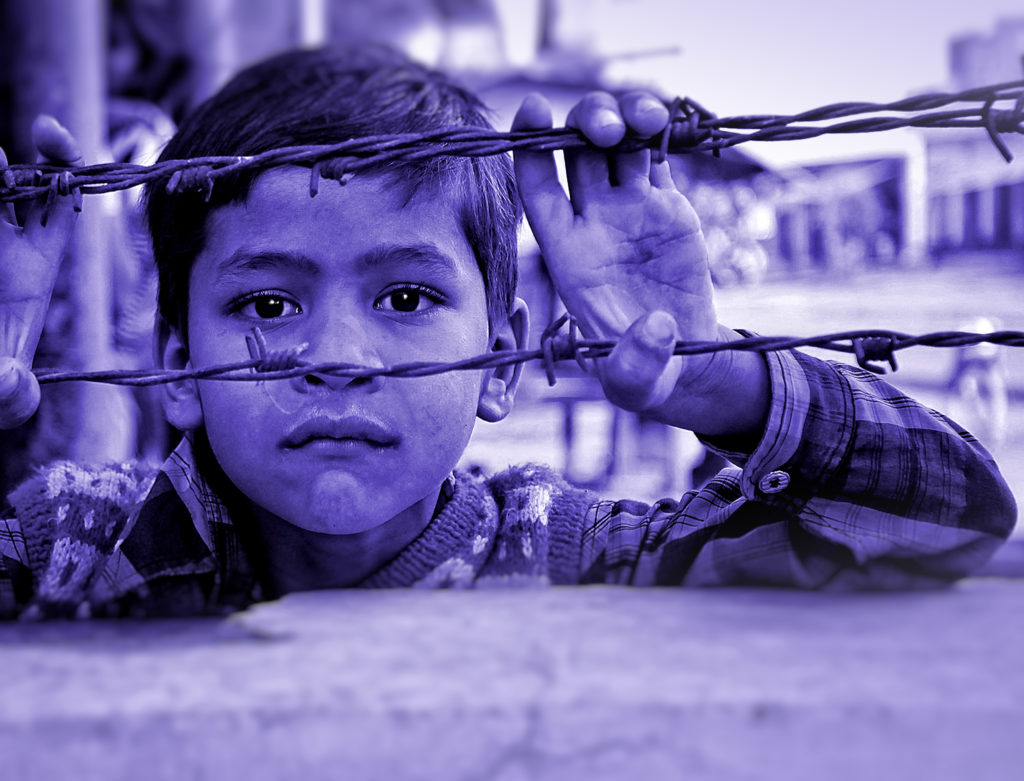 After the death of his wife, Vance Havner was inconsolable. In one of his last books, he wrote: “I think of a year that started out so pleasantly for my beloved and me. We ha made plans for delightful months ahead together. Instead, I at by her bedside and watched her die of an unusual disease. She expected to be healed, but she did. Now, all hopes of a happy old age together are dashed to the ground. I plod alone with the other half of my life on the other side of death. My hand reaches for another hand now vanished and I listen at night for the sound of a voice that is still. And I am tempted a thousand times to ask, ‘My God, why. . . ?”

There are so many times that we are shaken to our core. After his father had been killed in a car accident, a five-year-old boy stood by the casket. He asked his mother, “Mommy, who’s going to play with me now?” Why would God allow that little boy’s father to be killed? Why does God allow children to contract cancer? why does God allow drunk drivers to kill the innocent? Why . . . why . . . why?

Those questions we cannot answer, but we know that as long as we are in this flesh, we will suffer. One man said, “If you suffer, thank God—it is a sure sign you are still alive.” Suffering is a part of this world—from the uncertainty of the present world situation to divorce to financial difficulties to trouble with children. Suffering takes so many forms—it may be the death of a loved one, it may be divorce, or it may just be getting a D in biology as a teenager and thus not being able to get into a good college.

When we suffer, it’s far from easy to trust God. Therefore, we need to understand some things before we suffer. I we hae a proper understanding of suffering prior to our suffering, our faith, I believe, will be able to endure in spite of suffering.

Habakkuk deals with the destruction of Judah; this book was written shortly before Babylon comes to destroy Judah. Habakkuk sees calamity face to face, and he sees . . .

“I hear, and my body trembles, my lips quiver at the sound; rottenness enters into my bones, my steps totter beneath me.”

Calamity is frightening. Chapter three points toward the Babylonian Captivity. The whole point of the chapter is that God has power and that he will use that power to judge Judah. “Before him went pestilence, and plague followed close behind” (v 5). “The mountains saw thee, and writhed; the raging waters swept on; the deep gave forth its voice, it lifted its hands on high” (v 10).

When Habakkuk heard about the coming destruction, his whole body trembled. The destruction God was bringing about would be total—he had reason to tremble. Imagine God was going to bring all his fury and power and judge you—don’t you think your whole body would tremble?

When we find ourselves in calamity, we are going to tremble. In an old legend, a peasant, driving into a European city, was asked by an old woman to give her a ride. As they drove along, the peasant became alarmed as he learned his passenger was the plague, cholera. However, the plague assured the peasant that only 10 people would die from cholera. She even offered the peasant a dagger, saying he could slay her if more than ten died. But, after they reached the city, more than five hundred perished. As the angry peasant drew the dagger to deal a death blow, Cholera lifted up her hand and protested, “Wait, I killed only ten. Fear killed the rest!”

When we suffer, it’s difficult not to be terrified. Many times, we are immobilized by fear. No wonder Habakkuk said that his body trembled.

Habakkuk says that not only is calamity frightening, but calamity is unavoidable in verse 16.

“I will quietly wait for the day of trouble to come upon people who invade us.” Nearly all translations mistranslate this passage. The American Standard Version does a better job: “I must wait quietly for the day of trouble, For the coming up of the people that invadeth us.” The idea is not that trouble is going to come upon the people who invaded Judah, but it is that these people are coming up to bring trouble.

Habakkuk knew that there wasn’t anything he could do to keep the destruction from coming—the Babylonians would invade.

Habakkuk sees that not only is calamity frightening and unavoidable, but also that calamity is life-changing.

“Though the fig tree do not blossom, nor fruit be on the vines, the produce of the olive fail and the field yield no food, the flock be cut off from the fold and there be no herd in the stalls.”

Habakkuk sees total agricultural devastation in the future—notice what he says: the fig tree won’t blossom, fruit will not be on the vines, olive trees won’t produce olives, the field will bring forth no food, and there isn’t going to be any livestock. Obviously, as the Babylonians came against Judah and fought much of the agriculture would be destroyed—famine was a common result of warfare in the Ancient Near East. This destruction was going to bring about a different lifestyle—the people in Habakkuk’s neighborhood weren’t going to be able to go out into the field and get something to eat.

Calamity can change our lives, too. When Job suffered, his life was changed forever—his children weren’t going to come back; even though God blessed him with other children, those children who died weren’t going to come back. When we suffer, our lives are often changed forever—our loved one isn’t coming back when he or she dies, the diagnosis the doctor gave isn’t likely to change.

Trouble surrounds us—we are going to suffer in this world.

When the Duke of Wellington began his famous Peninsular Campaign, in which he drove Napoleon’s forces back to France, he built a stupendous fortification at Torres Vedras. 600 canons were mounted on 150 towers; while every bit of the castle bristled with weapons of defense.

Massena, the French general, thought he knew Wellington and his troops, and came down with 80,000 men, and he expected with those men to drive Wellington and his troops into the sea. All at once they found before them this appalling entrenchment stretching right across their path. Immediately they came to a halt, while the general rode to-and-fro for days in hope of finding some weak point at which he might enter the fortress, but it was all in vain, for Torres Vedras was impregnable.

Likewise, when God comes and surrounds us, that fortress is impregnable. That doesn’t at all mean that we won’t suffer, but it does mean exactly what Habakkuk teaches us here.

God is our confidence. Habakkuk says that even though this destruction would come, he would “rejoice in the LORD.” In other words, Habakkuk would place his confidence in God; he could trust God.

God is my salvation. Habakkuk would joy in the God of his salvation. “Salvation” in this context does not mean “eternal life.” This is not salvation from sin. The term rather means “deliverance.” God was Habakkuk’s deliverer—Judah would return after 70 years of Exile.

God has a history of saving his people. David knew that God would deliver him from Goliath (1 Sam 17:37). God delivered the three Hebrew youths from the fiery furnace (Dan 3:28). The Lord delivered Paul out of trials (2 Tim 3:11).

God has promised to deliver us as his people. Deliverance may not come in this life, but it will come. God knows how to deliver the godly out of temptations and to reserve the ungodly for judgment (2 Pet 2:9). God will destroy the evils which cause us pain (Rev 21:4).

God is my strength. Habakkuk knew that his own strength would be found in God.

God will be our strength; we will triumph. In speaking about economic hardship, Paul says, “I can do all things through Christ who strengthens me” (Phil 4:13). God will enable us as his children.

We are going to face problems in this world, and some of those problems will seem rather large.

Yet, our God is sufficient. He will enable us through our struggles.