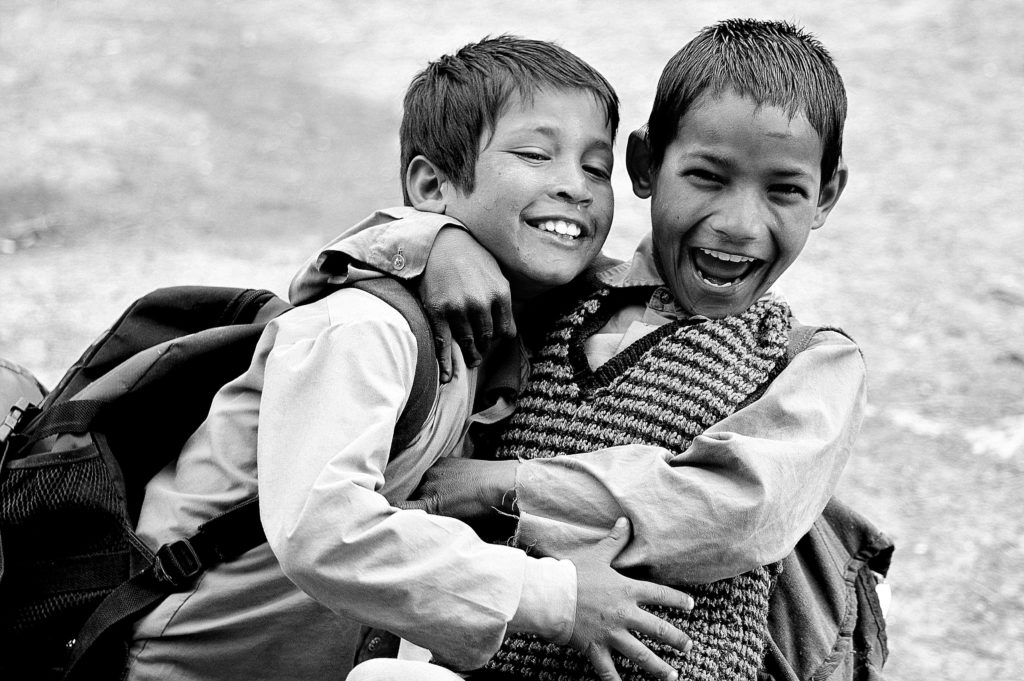 AS a child, my brothers and I fought constantly. On one occasion, Mom and Dad locked us in a room and allowed us to fight it out. We three fought over who would be forced to sit in the middle in the back of our little care. Mom would force us three boys to sit on our hands.

Cain and Abel also experienced sibling rivalry. Let’s examine this passage and see what we can learn about sin.

Eve bore two sons. Eve bore a son and named him Cain. She named her firstborn Cain, for she produced him with the help of the LORD. The Hebrew word for “produced” sounds a lot like “Cain.” Eve bore he second child and named him Abel.

Both of the boys worked in agriculture—Abel was a shepherd, and Cain tilled the ground.

Both boys brought a sacrifice to God. Cain brought an offering from the fruit of the ground Abel brought the firstlings of his flock. The Lord had regard for Abel’s sacrifice, but he had no regard for Cain’s.

Why did God accept Abel’s offering while he rejected Cain’s? May different answers have been given. However, from what we know, it seems reasonable to suggest that Abel gave the best that he had, while Cain apparently gave second-rate fruit.

This episode shows us that we can worship improperly. While Abel gave God his best, Cain did not. We can fail to give God the best we have today. When we sing, we need to do so to the best of our ability. When we give, we need to give the most we can give.

Cain becae angry with God and his countenance fell.

The Lord came and asked Cain why he was angry and his countenance had fallen. If Cain did well, he would be accepted. Yet, if Cain did not do well, sin was lurking at the door. Sin is here pictured as an animal wanting to pounce on someone. Sin’s desire is for Cain, but Cain must mater it. This foreshadows the great temptation Cain would have to kill his brother. God knows the temptation will be there and he tells Cain that he must mater his temptations.

Indeed, sin continues to wait at the door—We must conquer our temptations.

Cain talked with Abel. Many of the newer translates have Cain’s saying to Abel, “Let us go into the field.” Apparently, Cain used some false pretense to get Abel into the field.

Once Cain and Abel were in the field, Cain slew Abel.

The taking of life is sinful. God is the One who gave life. Genesis 2:7. “He gives to all life, breath, and all things” (Acts 17:25). Since God created life, man does not have the right to take life.

The Bible teaches man cannot murder. “You shall not murder” (Ex 20:13). When the rich young ruler asked Jesus what commandments he would keep, the first commandment Jesus mentioned was this one (Matt 19:18).

Many of us will never consider murdering another human. However, we can be just as guilty. In discussing the command not to murder, Jesus said the one who became angry with his brother will be in danger of judgment (Matt 5:21-22). Therefore, we need to be careful about keeping our anger under control. Anger is a human emotion—we will become angry. It is what we do with that anger that determines whether or not we sin. we are to be angry without sinning (Eph 4:26). When we become angry, we need to be especially careful—We can kill close relationships by being angry.

The Lord came and asked Cain, “Where is your brother Abel?”

Cain replied to the Lord, “I do not know; am I my brother’s keeper?” Of course, Cain knew where his brother was, but he was attempting to hide his sin from God. God knew what had happened—Abel’s blood cried out to God. Cain could not hide his sins from God.

As hard as we try, we cannot hide our sins from God. “For though you wash yourself with lye, and use much soap, Yet your iniquity is marked before Me,’ says the Lord GOD” (Jer 2:22). When Jesus spoke with the Samaritan woman at the well, Jesus knew how many times she had been married and knew she wasn’t married to the man she was living with (Jn 4:18).

Are you wanting to hid your sins from God?

Cain cried out that God’s punishment was too severe. He told the Lord, “My punishment is greater than I can bear!” Cain was driven from the ground, and he was driven from God’s presence. He would be a fugitive and a wanderer. Cain feared that whoever met him would kill him.

The Lord told Cain that whoever killed him would suffer sevenfold vengeance—that person would lose 7 members of his family.

The Lord put a mark on Cain. This mark was more than likely something like a tattoo. This mark would prevent anyone from killing Cain.

Sin continues to bring punishment. “The wages of sin is death” (Rom 6:23). “When they say, ‘Peace and safety!’ then sudden destruction comes upon them as labor pains upon a pregnant woman. And they shall not escape” (1 Thess 5:3).