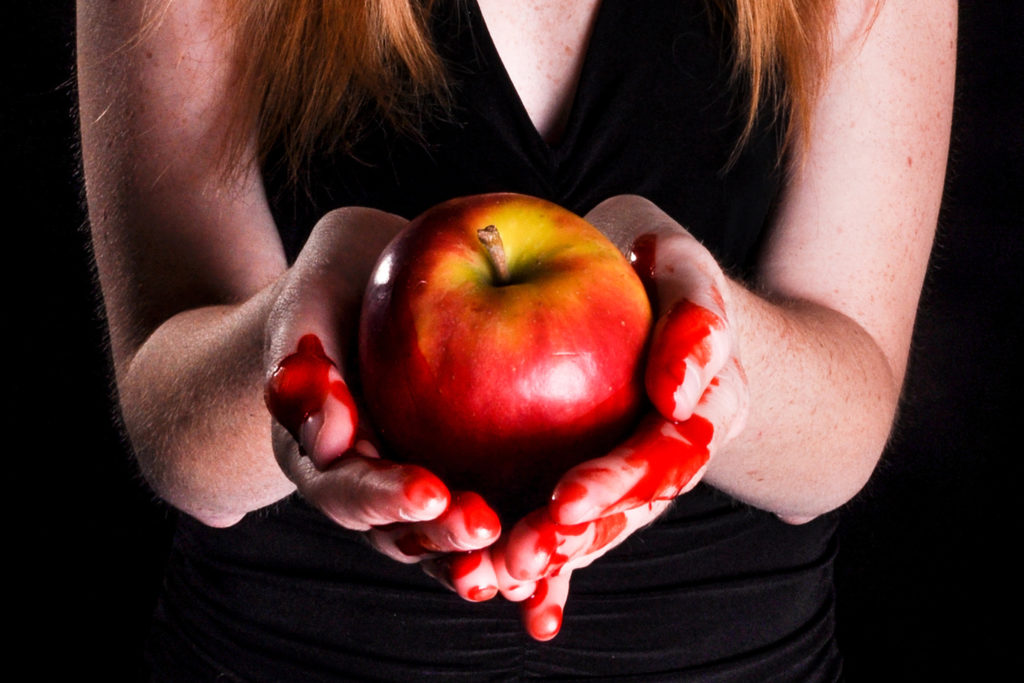 Sin is almost a foreign word in our culture. We have call sins by pleasant-sounding euphemism. Homosexuality has become an alternative lifestyle. Infanticide has become a woman’s right to choose. Adultery has become an affair. Lying as become telling a fib.

This morning, we need to examine sin and see what it really is and what sin really does.

The serpent tempted Eve. He asked Eve, “Has God really said that you couldn’t eat of any tree?” Eve said that they could eat of any tree except the one in the middle of the garden, nor could they touch it lest they die. The serpent said that wasn’t so. Adam and Eve wouldn’t die—God had lied to them. God knew that when they ate of the fruit they’d be like God—knowing good and evil.

Adam and Eve covered their nakedness. They knew their bodies were different. Their innocence was gone.

Sin degraded Adam and Eve and made them ashamed.

Sin degrades us and causes us guilt. When Judas betrayed Jesus, he became ashamed (Matt 27:3-5).

Adam and Eve denounced others for their sin. Adam blamed the woman. The woman blamed the serpent.

We, too, often denounce others for sin. “I couldn’t hurt his feelings, so I lied.” “I know I shouldn’t have committed adultery, but she was attractive and seduced me.”

Sin demands that we pay the consequences.

The serpent was cursed for his role. He is cursed above all other beasts. He would go on his belly and eat dust—this was a sign of defeat. The woman’s seed would strike his head.

The woman was cursed for her role. She would bear children in pain. Her relationship with her husband was changed. Her desire would be for him—she would desire his place. Her husband would rule over her.

The man was cursed for his role. The ground is cursed. The man shall return to the dust.

Our sins today have consequences, too. Death entered the world because of sin (Rom 5:12). The wicked shall be punished with “everlasting destruction” (2 Thess 1:8-9).

Sin is not innocent—it is serious.