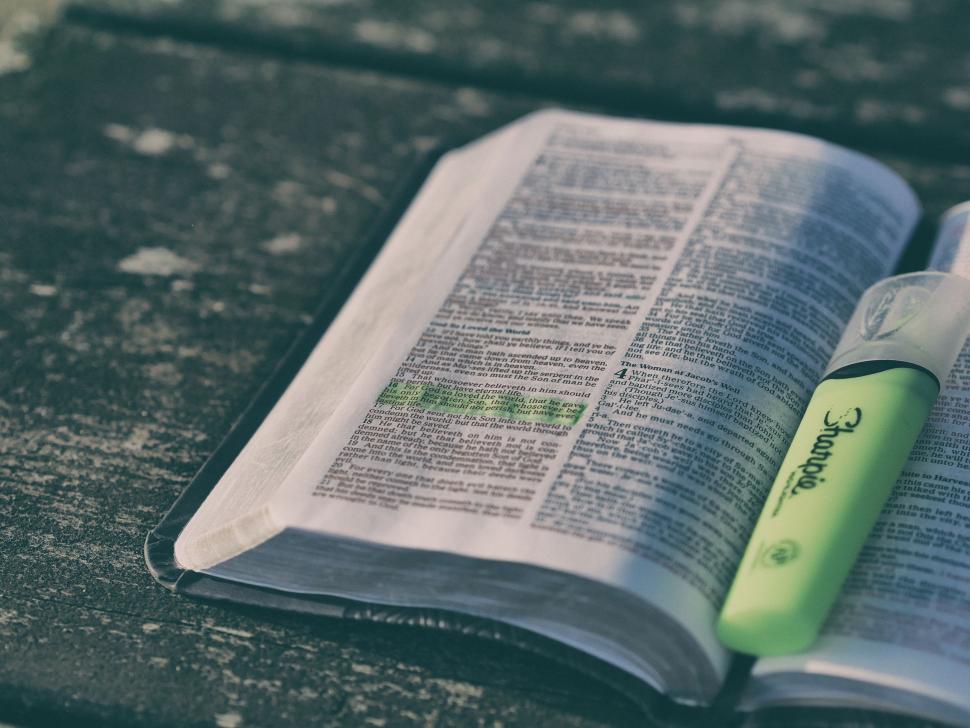 I know that many of you came from religious error. Some of you were baptized for the remission of sins, but other practices of your religious heritage just did not match Scripture. Others of you weren’t baptized for the remission until later in life because you were part of groups that do not value biblical baptism. Others of you really do not have a religious background–that just wasn’t something you `or your family valued until later in life.

Whatever our religious background, we obeyed the Gospel when we came face to face with truth. In Galatians 1, we read of another who made a drastic change in his faith: The Apostle Paul. Paul does not hold himself up as an example of repentance in our text. Instead, Paul makes a vitally important point: “The one gospel is from God.” Paul, in essence, says, “You know the man I used to be. I didn’t leave the tradition of our ancestors for just any reason. I left Judaism because the gospel is from God.” Is that not the very reason you left human tradition, too? Human tradition, human reasoning, human teaching fail miserably in light of God’s truth.

This morning, let’s spend our time learning that “The one gospel is from God.”

How can Paul say that?

Paul here discusses his former life in Judaism. He was a great persecutor of the church. He advanced in Judaism beyond many of his own contemporaries. Paul’s point is: “Folks, I wouldn’t have just made this gospel up. I didn’t believe it. It has to be a revelation from God.”

In these verses, Paul makes some vital points about the one gospel that is from God. God separated and called Paul–The work of calling Paul into ministry and revealing Jesus Christ to him was not the work of man. Paul did not immediately confer with flesh and blood–He didn’t talk this over with man. Paul did not go up to Jerusalem to those who were already apostles–He didn’t even talk this over with the other apostles. Paul is saying, “What I preach is from God, not man.”

“The one gospel is from God.” How do we, therefore, need to live?

First: You need to understand that the Bible is of divine origin.

That is the Bible’s claim for itself. “All Scripture is given by inspiration of God” (2 Tim 3:16). “Prophecy never came by the will of man, but holy men of God spoke as they were moved by the Holy Spirit” (2 Pet 1:21).

You know that to be the truth. No other book would show all the faults of the major “heroes”: Abraham’s lie, David’s adultery and murder, Peter’s denial of Jesus. No other book would be so diverse but so unified. There are 40 authors and 66 books, but a unified message of God’s redemption. There are three different languages, but one story. The authors had different occupations–physicians, fishermen, scholars, kings–but throughout Scripture there is a consistency of truth.

Second: Don’t be angry when someone preaches truth from Scripture.

We cannot get angry when confronted with truth from Scripture. If the message is truth, the message comes from God, not man.

There have been many to get angry when confronted with God’s truth. We mentioned Micaiah last week. He was told to prophesy sweet words to Ahab, but he said that he would declare the truth of God (1 Ki 22:13-14). Micaiah prophesied that all would not be well, that Ahab would die in battle (1 Ki 22:17-23). Ahab threw Micaiah back into prison (1 Ki 22:24-28). We can’t afford to be like Ahab.

We need to be more like David. David had committed horrible sins: He had taken another man’s wife and then killed her husband. David had covered up his sin–no one knew. God knew and sent Nathan to confront David. After Nathan has confronted David, David simply says, “I have sinned against the LORD” (2 Sam 12:13). Let us strive to be like David when we are confronted with the truth of God!

If God created us and knows us as well as He obviously does, it only stands to reason that what we find in Scripture is for our own good–After all, Scripture comes from Him.

The commands of God are for our own good. “The LORD commanded us to observe all these statutes, to fear the LORD our God, for our good always, that He might preserve us alive, as it is this day” (Deut 6:24). “Keep the commandments of the Lord and His statutes which I command you today for your good” (Deut 10:13). The one who is obedient to the gospel is blessed: “He who looks into the perfect law of liberty and continues in it, and is not a forgetful hearer but a doer of the work, this one will be blessed in what he does” (Js 1:25). Obedience to God’s will is far better than disobedience to His will!

Fourth: Throw off every man-made tradition.

But, “the one gospel is from God.”

According to Jesus, tradition destroys that gospel that came from God: Matthew 15:1-6. We need to check everything we believe and everything we do in light of Scripture so that we don’t fall prey to tradition.

Are you faithful to the revelation from God?