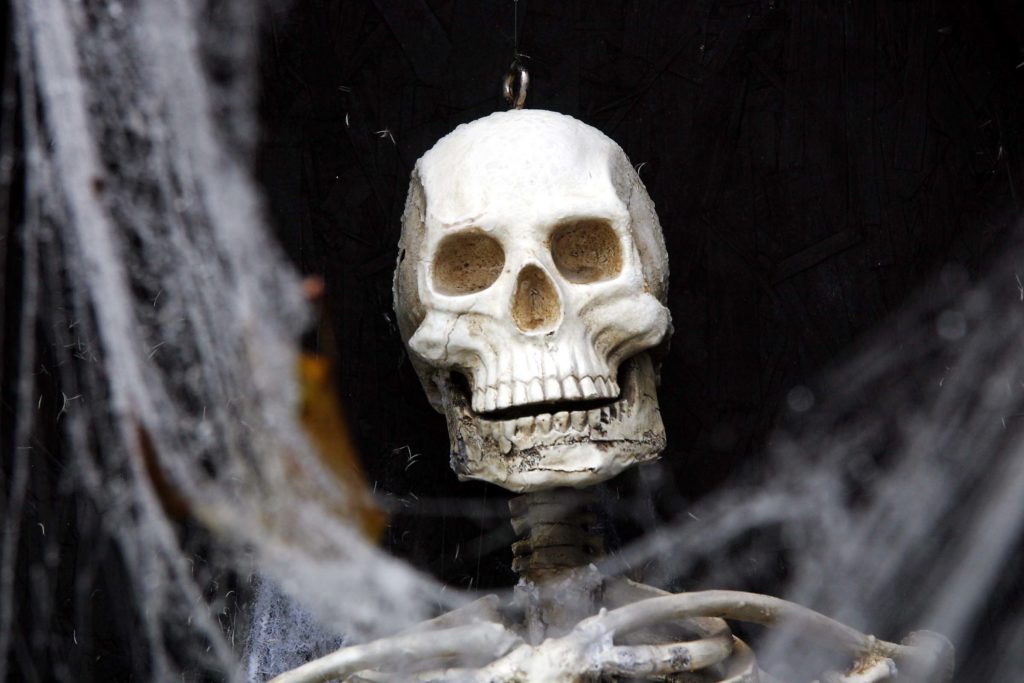 Barton Stone, pastor of the Presbyterian Church at Cain Ridge, Kentucky, hearing what success camp meetings were having planned a camp meeting at Cain Ridge for the first weekend of August, 1801. The church could hold five hundred people, but workers, fearing an oversized crowd, threw up a large tent. Church families opened homes, barns, and cabins to the expected visitors. Twenty thousand people came.

Prayer and preaching continued around the clock on Friday, Saturday, and Sunday. On Monday, August 9, 1801, food and supplies were exhausted, and so were the worshipers. Many left, but others came to take their places, and four more days of singing, preaching, and praying continued before the revival died down. Between one and three thousand had been converted, and the news was the buzz of the region.

Modern church historians regard the Cane Ridge Revival as among the most important religious gatherings in American history. This revival is important for us because Barton Stone soon abandoned his Presbyterian background and began and effort to restore New Testament Christianity.

What is something like Cane Ridge were to happen here in our midst? Is it too far fetched to suggest that we, as a body of Christ, need to be renewed, need to be revived? Ezekiel tells us about a people who were about to have revival, and we want to explore this passage to see what we can learn.

The hand of the LORD brought Ezekiel into a valley full of bones. There has been some discussion among scholars as to the location of this valley. Some argue for Babylon, and others argue for Judah. I think, however, it’s important for us to understand that this is a vision—Ezekiel probably never went to a true valley full of bones; God gave him a vision of one.

The valley was full of bones. It is obvious that there has been some catastrophe, and that this valley is full of the victims of the calamity. Many battle scenes in early Egyptian and Mesopotamian history looked quite like this valley. The conquerors would deny proper burial to their enemies. This valley has probably been the scene of some terrible battle.

The Lord led Ezekiel around the dry bones. The Lord asked Ezekiel, “Son of man, can these bones live?” Ezekiel answered, “O Lord GOD, thou knowest.” The Lord showed all these bones to Ezekiel so that the prophet might understand how many bones were in this valley and the conditions they were in. These bones were dry—these people didn’t just die yesterday—there was no hope that they cold live again. God asked the prophet whether or not these bones could live, and Ezekiel said, “God, I don’t know, but you do.” Ezekiel’s reply almost sounds something like: “God, they can’t live under you do something; these bones are deader than dead.”

The word of the Lord has great creative power; such was necessary to bring these bones back to life. “And God said, ‘Let there be light’; and there was light” (Gen 1:3). Over and over in Genesis 1, the text reads “And God said” and whatever God said came to pass. The word of God is powerful: “The word of God is living and active, sharper than any two-edged sword, piercing to the division of soul and spirit, of joints and marrow, and discerning the thoughts and intentions of the heart” (Heb 4:12).

Verse 7 tells us that Ezekiel prophesied as he was told.

God told Ezekiel, “Prophesy to the breath, prophesy, son of man, and say to the breath, Thus says the Lord GOD: Come from the four winds, O breath and breathe upon these slain, that they may live.” When Ezekiel prophesied, breath came into them just as God said.

Ezekiel looked and saw many who had been resurrected.

What are we to make of Ezekiel vision and how should we apply it to the modern world? God tells us as he gave Ezekiel an explanation:

The Lord said to Ezekiel, “These bones are the whole house of Israel. Behold they say, ‘Our bones are dried up, and our hope is lost; we are clean cut off.”

Ezekiel, you will recall, prophesied during the Babylonian Captivity. Ezekiel opens the book by tells us he’s in exile: “In the thirtieth year, in the fourth month, on the fifth day of the month, as I was among the exiles by the river Chebar, the heavens were opened, and I saw visions of God” (1:1). The bones represented the house of Israel. They were dead—they were alienated from God (they were sent into Captivity for their sin)—they didn’t live in the homeland.

God says, “You shall know that I am the LORD, when I open your graves, and raise you from your graves, O my people.” The Israelites were so dead and in such a deplorable state that only God could raise them from their state. That seems to be the image we’re to get from God’s taking Ezekiel and showing him all these dry bones. Ezekiel even implies in verse 3 that the bones cannot live without divine intervention. God would provide that intervention and raise the people of Israel. Because only God could accomplish the task, the children of Israel would know that God was powerful, that God was a God who keeps his promises.

One: This could refer to the indwelling of the Holy Spirit.

The Holy Spirit did dwell in Old Testament saints in some manner. “Case me not away from thy presence, and take not thy holy Spirit from me” (Ps 51:11).

Two: The more likely suggestion, in my view, is that God would instill the Israelites with new life.

The Hebrew word for “spirit” is the same as the word for “wind” or “breath.” This verse could rightly be translated from Hebrew: “I will put my breath into you.” Remember Genesis 2:7: “The LORD God formed man of dust from the ground, and breathed into his nostrils the breath of life; and man became a living being.” The word “breath” is the same word for “spirit.” This becomes the more likely suggestion to me because of the structure of the sentence: “I will put my breath within you, and you shall live.” This sounds much like Genesis 2:7.

Could it be that this church stands in need of new life? It seems to me that many time we just drift in water without any concern that those around us are dying and going to hell. I’m afraid that many times we have become like the Ephesian church and we’ve left our first love (Rev 2). Is there any hope for this congregation? The message of the Valley of Dry Bones is that there is hope. We can be instilled with new life. Let us work—each of us—to see this congregation renewed.

Could it be that you and I stand in need of new life? Are we just going through the motions of Christianity without any real purpose, without our hearts into what we’re doing? Is there any hope? The message of the Valley of Dry Bones is that there is hope. We can be instilled with new life.

Do you need to come and be baptized to take hold of new life? “We were buried therefore with him by baptism into death, so that as Christ was raised from the dead by the glory of the Father, we too might walk in newness of life” (Rom 6:4).

Do you need to come and ask for the prayers of this congregation to have new life?