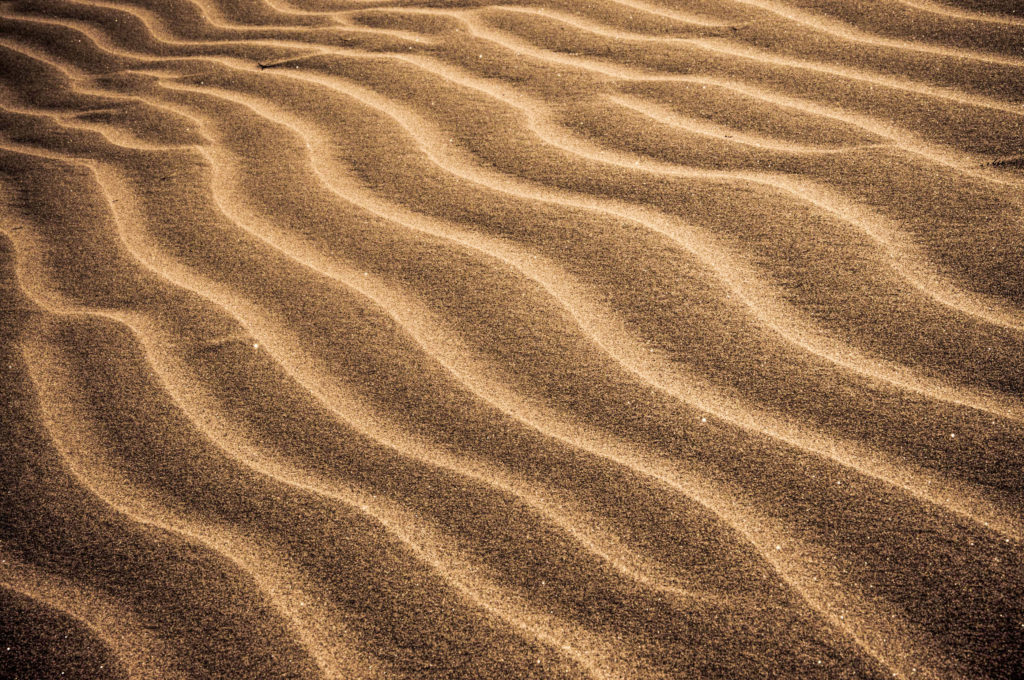 There are times in life that it has been obvious that I was going to lose and lose big. I played basketball when I was in elementary school, and there is a reason that’s the only team sport I ever played. Mom and Dad to this day still laugh at that experience. They laugh about the time that I got to shoot free throws–didn’t make them, but I got to shoot them–or the time I fouled a guy about four or five times before the ref just had to blow the whistle.

I’ve had serious health struggles for many years.

I’m confident that there have been really serious struggles in your life, too. It may be that there was a morning you woke up and you didn’t know whom you had married. Maybe your husband/wife was acting in a way you’d never seen before you married. Maybe your children have acted in ways you thought your children would never act. Maybe you have some sin–hidden to everybody else–that you have tried and tried to overcome.

What can you do when you are struggling, and it seems that there is no light at the end of a dark tunnel? The Israelites found themselves in just that situation. God had used His mighty hand to free them from 400 years of Egyptian bondage–the Lord had sent great and terrifying plagues upon the Egyptians. Pharaoh, though, wasn’t about to allow God to have the last word. He sent His army after the Israelites. The Israelites are standing at the Red Sea with no way out. Whatever are they going to do?

What they’re going to do is learn a lesson: “God is on your side.” As we’ll see this morning, God would open the Red Sea for them to walk on dry ground. When the Egyptians tried that, they drowned in the Sea. God is on your side; He wants what’s best for you. “If God is for us, who can be against us?” (Rom 8:31). “[Cast] all your care upon Him, for He cares for you” (1 Pet 5:7).

God cares about you. He is on your side. We want to look at the crossing of the Red Sea and learn how God is on our side.

What Moses says here doesn’t make a whole lot of sense. “Don’t be afraid.” The Egyptian army is coming right after them. If I’m standing at the sea and there’s a powerful army coming after me, I’m gonna be afraid!

“Stand still.” “Moses, don’t you see this big army that’s coming up behind us?” Sounds like that would be the perfect time to run!

But, God is going to bring salvation. Physically there is absolutely no way out of this battle. The Israelites are simply going to be wiped out. But, God is going to fight for them. God is bigger than any army man can muster. He has proven that time and time again. Goliath should have been able to pick David up and eat him for lunch, but God saw that His people would have the victory. Satan seemed to have victory at Golgotha. The Son of God was dead. Yet, God wouldn’t allow the story to end there, and He raised Jesus from the dead.

The Lord asks Moses, “Why do you cry to Me?” It really sounds as though God is exasperated with the people of God–they had seen all that He had done in Egypt, but they were still afraid. Aren’t we often like that ourselves? We’ve seen all that God has done in our lives, but we still doubt and we’re still afraid.

God would have honor over Pharaoh and over all his army.

In other words, Pharaoh and all his army will be forced to recognize God’s sovereignty and control.

The Angel of God came and separated the two camps.

The people of God were able to cross the Red Sea without difficulty.

God’s power is seen in the fact that the Israelites are surrounded by walls of water on either side by they are not harmed.

God “troubled the army of the Egyptians” and made it difficult for them to move in their chariots. Moses stretched forth his hand, and the water came back over the Egyptians and they drowned.

The children of Israel had not had a problem in crossing the Red Sea, because God was on their side.

Seeing the dead Egyptians on the seashore must have been a powerful reminder that God had fought for them.

Skeptics of Scripture will point out that the episode related here could not have conceivably taken place. It’s possible in that region of the world to have strong winds and push back some water and for the seabed to become dry. However, that only happens in very shallow water. Thus, if this were some natural phenomenon there would not have been enough water to drown the Egyptians.

But, that’s really the point! There was nothing physical or conceivable or natural about what happened at the Red Sea. It was God fighting for the Israelites!

“God is on your side.” What does that mean for us? Our text this morning demonstrates what the Israelites did because God was on their side. Let’s think about following their example.

Because God is on our side, we need to LISTEN TO GOD.

God tells Moses precisely what to do and what He, God, is going to do. When we face the enemy, we need to remember what God has said. Obviously, God does not speak directly to us today, but through Scripture God speaks to us much the same way He did to Moses.

Because God is on our side, we need to TRUST GOD.

Can you imagine how much trust it took for the Israelites to cross the Red Sea? There were walls of water on either side of them. I don’t know about you, but that might have made me question whether I really wanted to follow this Moses guy!

Yet, they trusted, and we can trust, too. Job: “Though He slay me, yet will I trust Him” (Job 13:15). What amazing faith! Job erroneously believes that God has caused all His suffering, yet he still trusts in God. The patriarchs all trusted God: Hebrews 11:13. They saw the promises from afar, but they knew that God would do what He had promised.

How do we trust God?

Because God is on our side, we need to OBEY GOD.

The Israelites and Moses obeyed God in spite of terrible odds.

Regardless of what is going on in our lives, we need to obey God. When the storms of life rage, that is no time to turn our back on God. That is when we need to obey God all the more. Samuel to Saul: “Has the LORD as great delight in burnt offerings and sacrifices, As in obeying the voice of the LORD? Behold, to obey is better than sacrifice, And to heed than the fat of rams” (1 Sam 15:22). “We ought to obey God rather than men” (Acts 5:29). The Greek word for “ought” means “must.” Peter says that we absolutely must obey God. Are you obeying Him?