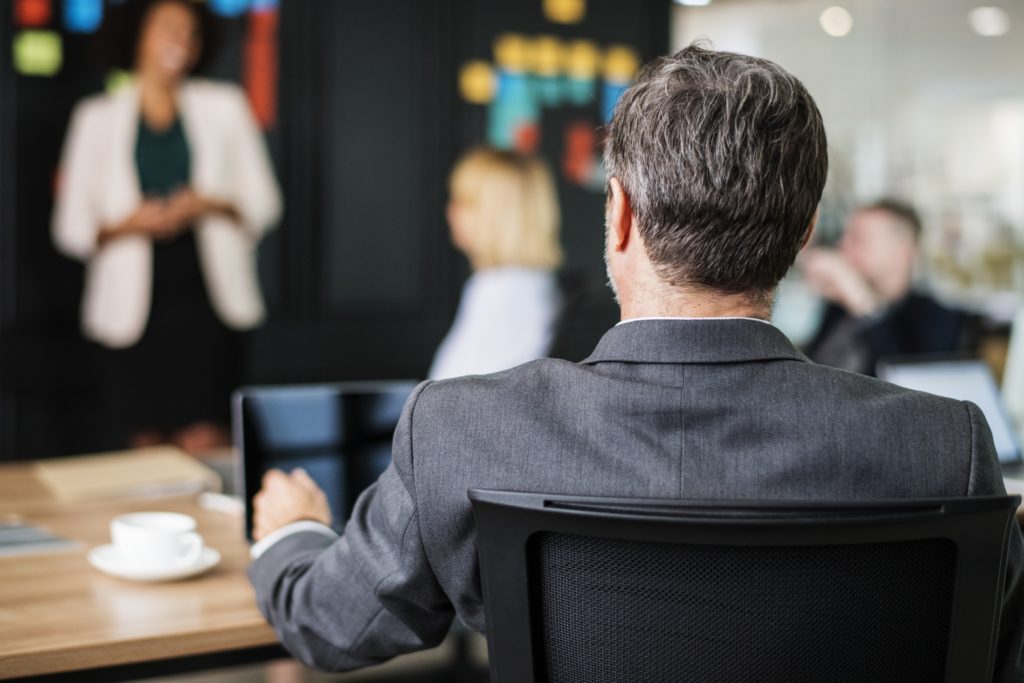 In Cologne, Germany, a woman took a course in business improvement. Then she demanded her money back plus additional compensation because, as a result of the instruction, she lost the job she had held 12 years. “The teacher told us to look our worst problems in the face and laugh at them,” she said. “I tried it on my boss.”

I’m sure that we can all speak about employers for whom we’ve worked who were quite difficult to tolerate. Nearly all of you work under individuals who aren’t Christians. While some of your employers uphold Judeo-Christian ethics, I’m confident that many of them do not. Shiphrah and Puah certainly had an employer who was not abiding by God’s will. This morning. we want to examine their encounter with Pharaoh that we might learn better how to deal with our employers.

Pharaoh told Shiphrah and Puah, two Hebrew midwives, “When you help the Hebrew women in childbirth and observe them on the delivery stool, if it is a boy, kill him; but if it is a girl, let her live.”

Pharaoh was becoming quite nervous as the Hebrew population was growing in Egypt. He said to the Egyptians, “Look, the Israelites have become much too numerous for us. Come, we must deal shrewdly with them or they will become even more numerous and, if war breaks out, will join our enemies, fight against us and leave the country” (Ex. 1:9-10).

Pharaoh, therefore, orders these midwives to kill the male Hebrews. It’s extremely unlikely that two midwives could deliver all the children born to the Hebrews; therefore, these two women were likely superintendents of their profession. Pharaoh said that when Hebrew women were giving birth, the midwives were to kill males but allow the females to live. Killing the males would have served two purposes:

The midwives feared God and did not follow Pharaoh’s instructions. “Fearing God” is an important Old Testament concept which refers to honor and reverence toward the Divine. “O Israel, what does the LORD your God ask of you but to fear the LORD your God, to walk in all his ways, to love him, to serve the LORD your God with all your heart and with all your soul” (Deut. 10:12). “Now all has been heard: here is the conclusion of the matter: Fear God and keep his commandments, for this is the whole duty of man” (Eccl. 12:13).

As Christians, we are to obey both the government authorities and our employers. “Everyone must submit himself to the governing authorities, for there is no authority except that which God has established” (Rom. 13:1). “Slaves, obey your earthly masters with respect and fear, and with sincerity of heart, just as you would obey Christ” (Eph. 6:5) – even though the immediate context deals with slaves and their masters, the principle easily applies.

Will we, like these midwives, fear God more than we fear our employers? What if our employer wants us to lie so that his department looks better than other departments in the company? What if the boss wants us to exploit our customers to make more profit? What if the supervisor wants us to play unethical political games so that he might more effectively climb the corporate ladder? What if we must do what is clearly unbiblical in order to keep our job? Will we fear God, or will we fear our employer? Just how dedicated are we to the God we serve?

John Adams, the second President of the United States, gave a speech calling for the adoption of the Declaration of Independence. In that speech in the summer of 1776, Adams said: “The die is now cast; I have passed the Rubicon. Sink or swim, live or die, survive or perish with my country, is my unalterable determination!” Adams was willing to do whatever was necessary for the success of this nation, even if it meant laying down his very life. If Adams were that dedicated to the principles of liberty, can we not be just as dedicated – if not more so – to the God who gives liberty?

Second: These midwives also revered God by revering the life he had created.

Human life is valuable because man was created in God’s image. God told Noah, “Whoever sheds the blood of man, by man shall his blood be shed: for in the image of God has God made man” (Gen. 9:6). The reason murder is so abhorrent is that murder denies life to one made in God’s image.

In contrast to modem society, Shiphrah and Puah respected human life made in God’s image. Today, women can have abortions on demand; Shiphrah and Puah, by contrast, refused to practice infanticide. We hear that we need research in embryonic stem cells, so we should go and kill fertilized eggs – which is life – so we can extract those stem cells. Terrorism takes the lives of innocents to make a political point. Brethren, let us uphold the dignity of human life!

Receiving Praise from God Rather than the Boss, vv 18-21

Pharaoh wasn’t happy that Shiphrah and Puah had disobeyed his instructions, and he questioned them about it. They lied to cover up the truth.

Shiphrah and Puah found a way to deal with Pharaoh’s questions – they lied. They told Pharaoh, “Hebrew women are not like Egyptian women; they are vigorous and give birth before the midwives arrive.” I wish we didn’t read these words. Before we get to this sentence, Shiphrah and Puah are nothing but honorable women doing the honorable thing. But, they just had to go lie about why they were doing the honorable thing.

Scripture here doesn’t comment upon their sin: biblical writers don’t always comment directly on the sin of the characters. You know, however, that lying is never acceptable. “You shall not give false testimony against your neighbor” (Ex. 20:16). “The cowardly, the unbelieving, the vile, the murderers, the sexually immoral, those who practice magic arts, the idolaters and all lairs – their place will be in the fiery lake of burning sulfur. This is the second death” (Rev. 21:8).

Some want to say that it’s ok to lie under certain circumstances. If your wife comes in and asks, “Honey, does this dress make me look fat?” You’re supposed to say, “Absolutely not” whether it does or not. Hypothetically, if you have Jews in your attic and the SS knocks on the door, and they ask, “Do you have Jews in the attic?” you say, “Absolutely not.” But, Scripture never even hints that God’s standard change from situation to situation. No, God’s standards are as unchanging as God himself, because God’s standards are rooted in who he is.

God was kind to the midwives and the people increased, and God gave the midwives their own families because they feared him.

This text used to trouble me, because we’ve just been told that the midwives lied to Pharaoh’s face and immediately God rewards them. I was positive God wouldn’t reward lying even if we humanly might see it as justified. But, if you notice verse 21 carefully, you notice that God’s rewarding of the midwives had nothing to do with their lying: “Because the midwives feared God, he gave them families of their own.” God blessed the midwives because they feared him, and they feared him by allowing the male Hebrews live (v. 17). God’s blessing, then, has nothing to do with the lie, but with the actions of the midwives when Hebrew women gave birth.

God blessed the midwives by giving them families of their own. Bearing children was extremely important in antiquity. You recall Sarah’s desire to have a child even in her old age. You also recall Hannah and how she wanted a child so desperately that she promised her male child Samuel to the Lord if he would open her womb. It seems to me that these midwives had no children prior to this exchange with Pharaoh and God gave them children after the encounter to reward them for their respecting God and his highest creation.

Although Pharaoh was angry and did not in any way reward Shiphrah and Puah, God was greatly pleased and he blessed them. God always blesses us when we obey him. “Now if you obey me fully and keep my covenant, then out of all nations you will be my treasured possessions” (Ex. 19:5). “The man who looks intently into the perfect law that gives freedom, and continues to do this, not forgetting what he has heard, but doing it- he will be blessed in what he does” (Js. 1:25).

God does not promise that we, under no circumstances, will lose our job or that he will bless us financially. But, God does promise to bless us. Is God blessing you? Are you obeying God? Do you need to come this morning and begin a life of obedience where you receive God’s blessings?