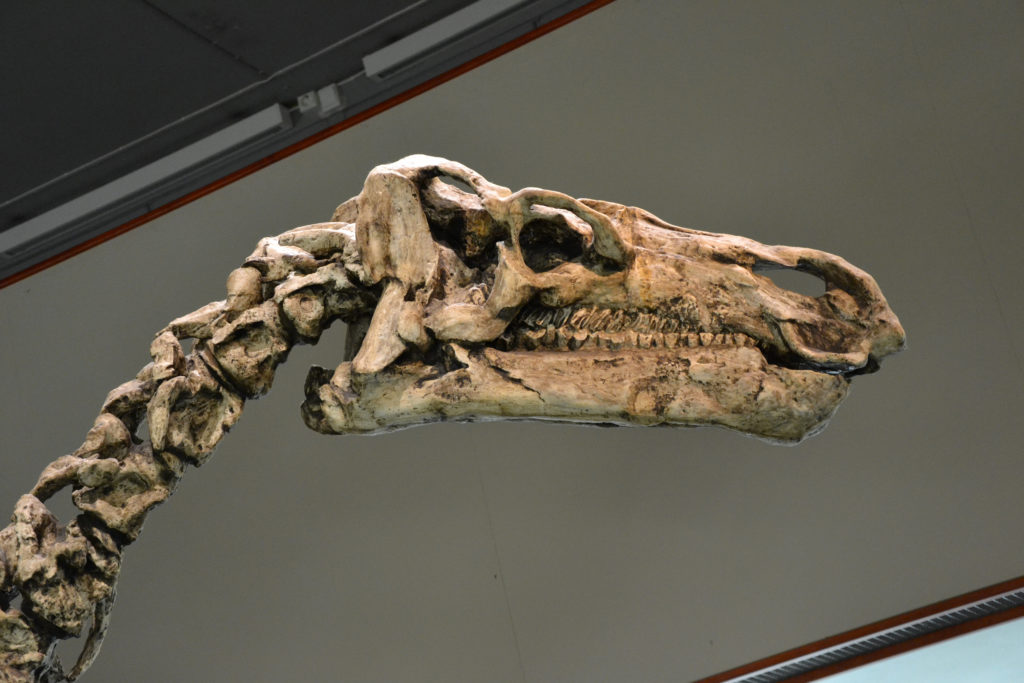 The Truth about Evolution

Three monkeys sat in a coconut tree
Discussing the things that are said to be—
Said one to another: “Now listen you two
There’s a certain rumor, but it can’t be true
That man descended from our noble race—
Why, the very ideas; it’s a disgrace.

“No monkey ever deserted his wife,
Starved her babies and ruined her life.
Nor did ever a mother-monkey
Leave her babies with others to bunk,
Or pass them on from one to another
‘Till they scarcely knew who was their mother.

“Here’s another thing that a monkey won’t do:
Go out at night and get on a stew;
Or use a gun, a club, or a knife
To take another monkey’s life.
Yes, Man descended the ornery cuss!
But Brother, he didn’t descend from us.”

Tonight, let’s examine why those monkeys were right—that we descended but not from them.

“God created man in his own image, in the image of God he created him; male and female he created them (Gen 1:27). “What is man that you are mindful of him, the son of man that you care for him? You made him a little lower than the heavenly beings and crowned him with glory and honor” (Ps 8:4-5). “From one man he made every nation of men, that they should inhabit the whole earth; and he determined the times set for them and the exact places where they should live” (Acts 17:26).

What difference does it make? Does belief in evolution really have damaging consequences?

If we accept evolution, we have removed great value from human life.

Ernest Haeckel was a well-known zoologist at the end of the nineteenth century. Haeckel said that because of evolution not all people were the same—that we could not place the same value on a black person’s life that we place on a white man’s life. Haeckel also advocated some ideas that were quite popular with the Nazis. Actually, Hitler loved Haeckel.

Haeckel said, “What good does it do to humanity to maintain artificially and rear the thousands of cripples, deaf-mutes, idiots, etc., who are born every year with a hereditary burden of incurable diseases?” In other words, those who aren’t born perfectly place such a huge burden on society that we should really consider killing them before they leave the hospital after birth.

Margaret Sanger, founder of Planned Parenthood, advocated birth control, not just so that families could decide how many children to have but so that the human species would continue to evolve. She argued that through the proper use of birth control we would have the survival of the fittest. She said that those who have some deformity placed too much of a burden on society, whereas earlier in the history of evolution they died because of survival of the fittest. She also wanted forced sterilization of those wo had some defect.

Also, if we accept evolution, we have no reason to be moral.

Margaret Sanger argued that we should throw off all sexual morality. She argued that since we were nothing more than a more highly developed group of animals, we shouldn’t have any sexual morals. Animals don’t. Why should we? Michael Tooley argued for both abortion and killing of newborns based on evolution. He argued that because we have evolved from lower species that neither the fetus nor newborn are people and that we should have no qualms about killing them. Stephen Pinker wrote in the New York Times that parents should be allowed to kill sickly infants and try again.

When we speak of the evidence for Creation, we need to understand that the many scientists who propagate evolutionary thought have a bias toward evolution. I do not mean to imply that we Christians have no biases, for we have many. I simply want to illustrate that the inquiry into evolutionary theory is not the white-coat laboratory stuff we’ve come to imagine.

Notice some of the statements made by evolutionists:

Harold Urey, a Nobel Prize-winner, and one of his graduate students, Stanley Miler, conducted an experiment, the results of which were published in 1953. Miller placed inorganic molecules in a test tube with water vapor and an aqueous solution along with gasses believed to be present in the primitive earth, and he shocked the mixture with ultraviolet radiation. The experiment produced carbon compounds, the building blocks of life. The results of the Urey-Miller experiment are praised by evolutionists. For example, two evolutionists say, “What the justly celebrated work of Miller and Urey did was to show that abiotic synthesis of the molecular building blocks of life is possible.” In other words, these evolutionists are saying that we have discovered that the materials necessary for life can arise without the assistance of life.

That’s a farce. All the Urey-Miller experiment proves is that intelligent beings can produce the building blocks of life. That’s exactly what Christians believe—an Intelligent Being (God) produced life. If scientists, God forbid!, are ever able to produce a human being from inorganic compounds, all that will be established is that intelligence is necessary for the production of life.

The eye has caused problems since Darwin put forth his theory. Darwin, under the heading of “Organs of extreme Perfection and Complication,” states, “To suppose that the eye with all its inimitable contrivances for adjusting the focus to different distances, for admitting different amounts of light, and for the correction of spherical and chromatic aberration, could have been formed by natural selection, seems, I freely confess, absurd in the highest degree.”

The eye is an amazing organ:

Leaf-cutting ants live in South America, and the colonies may contain up to eight million ants. These ants cultivate mushrooms. The ants use leaves instead of soil, but the ants aren’t able to eat the leaves because they contain a natural insecticide. The mushrooms cannot live on the leaves, because they have a prohibitive wax over the surface. The ants carefully remove the wax from the leaves, and then the leaves decay into mulch which allows the mushrooms to grow. The mushrooms absorb the insecticide and turn it into a food the ants use to survive.

Additionally, scientists have just discovered that the mushrooms have a parasite enemy which would destroy them, but they can be protected by an antibiotic produced by a certain bacterium. This bacterium just so happens to thrive in the ants’ bodies.

Termites. Scientists believe that only termites can digest cellulose, and without termites, the vegetable growth and decay cycle would be greatly unbalanced. Termites have protozoa in their intestinal tracts which enable them to digest the wood. Scientists have heated the termites to 97 degrees Fahrenheit—the termites were not killed by the heat, but they soon died from starvation, because the parasites were killed by the heat.

Unfortunately, time does not permit me to detail all the evidence against evolution.

But the truth remains that man came into being through the work of the Creator.