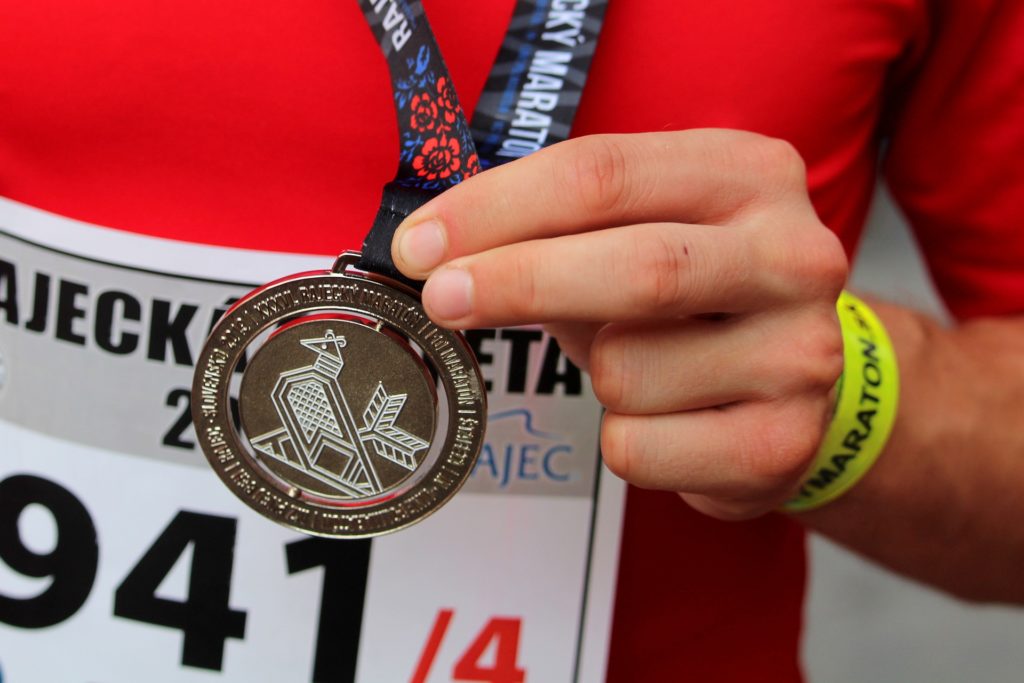 For the past couple of weeks, we have watched as athletes from all over the globe converged upon Vancouver. In many cases, athletes had toiled tirelessly in hopes that they might stand on a platform and receive a medal in recognition of their labor. I cannot imagine the pride one must feel as he receives a medal and hears his national anthem played before thousands. But one Olympian really got my head spinning when she declared that there could not be a prize comparable to an Olympic medal. Oh, really? Tonight, we wish to explore a prize worth far more than any Olympic medal.

In antiquity, the Olympic Games were a big deal. The ancient Olympics were held every four years between 776 BC and AD 393. During the Games, an Olympic Truce was enacted so that athletes could travel from their homes to Olympia in safety. The prize for the victors in the games were crowns made of olive branches.

The New Testament takes the imagery of the victory crown and applies it to the prize Christians shall inherit when this world is no more. Notice these texts:

Tonight, we wish to take a close look at this crown—our medal—to learn about the prize that lies at the end of life’s journey.

Composition of the Crown

For athletes competing in the Olympic Games, the makeup of the medal is very important. If possible, every athlete competes not for a medal of bronze or silver, but one made out of gold.

What is the composition of our crown? The Greeks often used the expression “of such-and-such” to describe what something was made out of. For example, the soldiers in mocking Jesus made “a crown of thorns” to place upon his head (Matt 27:29). That crown was made out of thorns. We do the same thing quite often in English. For example, in the story of the three little pigs, one pig had a house of straw, another a house of sticks, and the other a house of bricks. We thus know of what those houses were constructed. If we say that a school has a basketball team of all stars, we know that the team is made up of several all stars. When speaking of the crown that shall one day be ours, we find this construction used over and over.

Our crown is made out of righteousness:

It is vitally important that our crown is composed of righteousness. There is nothing good within us at all. Paul says of himself: “I know that nothing good dwells in me, that is, in my flesh. For I have the desire to do what is right, but not the ability to carry it out” (Rom 7:18). Is there a one of us who doesn’t understand the full import of those words? Is there a single person here tonight who is not full of sin?

That sin we all carry will prohibit our being in the presence of God. God is perfectly holy: When Isaiah saw the LORD high and lifted up, the seraphim called out, “Holy, holy, holy is the Lord of hosts; the whole earth is full of his glory!” (Is 6:3). That holy God cannot dwell in the presence of sin: “For you are not a God who delights in wickedness; evil may not dwell with you” (Ps 5:4). Therefore, the only way I can be in the presence of the Holy in heaven is to wear a “crown of righteousness,” to have righteousness imparted to me.

Our crown is made out of life:

It’s wonderful to know that our crown is composed of life, for we see death all around us. Since man and his wife first sinned in the Garden, death has been the common lot of man.

However, after this life, we have the assurance of true, deep, and abiding life. Jesus says: “I am the resurrection and the life. Whoever believes in me, though he die, yet shall he live, and everyone who lives and believes in me shall never die” (Jn 11:25-26). In the midst of the Paradise of God, John saw, “on either side of the river, the tree of life with its twelve kinds of fruit, yielding its fruit each month. The leaves of the tree were for the healing of the nations” (Rev 22:2).

Our crown is also made of glory.

Speaking to his fellow elders, Peter declares, “When the chief Shepherd appears, you will receive the unfading crown of glory” (1 Pet 5:4).

When Jesus reappears, we shall share in his glory. We are “heirs of God and fellow heirs with Christ, provided we suffer with him in order that we may also be glorified with him” (Rom 8:17). “When Christ who is your life appears, then you also will appear with him in glory” (Col 3:4).

Continuance of the Crown

Olympic medals do not last forever. Those who have won gold must either defend their title in four years or be supplanted by another athlete. Who here tonight can name the gold medalist of the women’s figure skating completion from the 1932 games in Lake Placid?

However, the crown we shall receive in eternity shall neither fade nor dull. “Do you not know that in a race all the runners run, but only one receives the prize? So run that you may obtain it. Every athlete exercises self-control in all things. They do it to receive a perishable wreath, but we an imperishable” (1 Cor 9:24-25). The righteousness, life, and glory we are to receive shall last throughout all eternity.

Everything we experience in this life is temporary. Our clothing, our cars, our appliances must all occasionally be replaced. Even our homes are quite susceptible to decay—There are always repairs to be made; a storm or fire could destroy it in a heartbeat. Even our lives and the lives of those whom we hold dear do not last forever.

Yet, the crown we shall receive shall last throughout all eternity.

Covenant of the Crown

The athletes of the Olympic Games have a covenant of sorts with the Olympic Committee. They understand that if they win according to the rules of their competition, they will receive an Olympic medal. There is a promise of glory if victorious.

God has entered into a covenant to give us this crown, i.e., he has promised to do so. “Blessed is the man who remains steadfast under trial, for when he has stood the test he will receive the crown of life, which God has promised to those who love him” (Js 1:12).

In both the ancient and modern Olympics, only certain individuals could give out the medals. In antiquity, a Greek judge would award the prize after the victor’s name was announced by a herald. In the modern Games, a member of the International Olympic Committee awards the medals.

In the future, the Lord himself will award us our crown. “There is laid up for me the crown of righteousness, which the Lord, the righteous judge, will award to me on that Day” (2 Tim 4:8). “Be faithful unto death, and I will give you the crown of life” (Rev 2:10).

Therein is a huge difference between Olympic medals and our crown of victory. In the Olympic Games, the athlete himself/herself has won the victory and the individual placing the medal around the neck had nothing to do with the victory.

Yet, when we gain the crown of life, the Lord—who has won the victory—will place the crown on our heads. It is through the Lord that we gain this victory:

In fact, it is precisely because Jesus wore the crown of thorns that you and I are able to wear the crown of life.

The Commitment of the Crown

Athletes labor for years and years for an opportunity to win a medal in the Olympics.

If we wish to win the crown of life, there is much work to do.

We have often misinterpreted this text and understood Jesus to be saying that we need to be faithful until we die to receive the crown of life. When used with time, the Greek word does mean “until.” However, when this word is used with a noun, it means “as far as,” “even to” or “up to this point.” That idea much better fits both the Greek grammar and the context of Revelation. The brethren in Asia Minor were being asked to lay down their lives for the faith. Jesus encourages them and says, “Go ahead and die for your faith, and I will richly reward you.”

To the church at Philadelphia, Jesus says, “Hold fast what you have, so that no one may seize your crown” (Rev 3:11).

The Greek term for “hold fast” means “to conquer” or “control” or “seize.” The meaning, of course, is to keep a tight rein on what we believe and the way we live.

In the Olympics, each athlete must watch carefully for others, or he will lose that gold medal. During the Games, how often do we see one who has the high score be overtaken by an athlete that follows? Sven Kramer allowed his coach, Gerard Kemkers, to seize his medal just this past week. Kramer was competing in the Netherlands in the 10,000 meter speed skating competition. With eight laps to go, Kemkers told Kramer to change lanes. Kramer crossed the finish line and began celebrating both Olympic gold and a new world record. But within moments, his coach had caught up with him and told him he had been disqualified for that illegal lane change.

If we choose to give Satan room in our lives, he will surely come and seize our crown. Are you holding fast to your crown this night? Do you need to come and lay hold of that crown and continue to hold it fast throughout all your life?