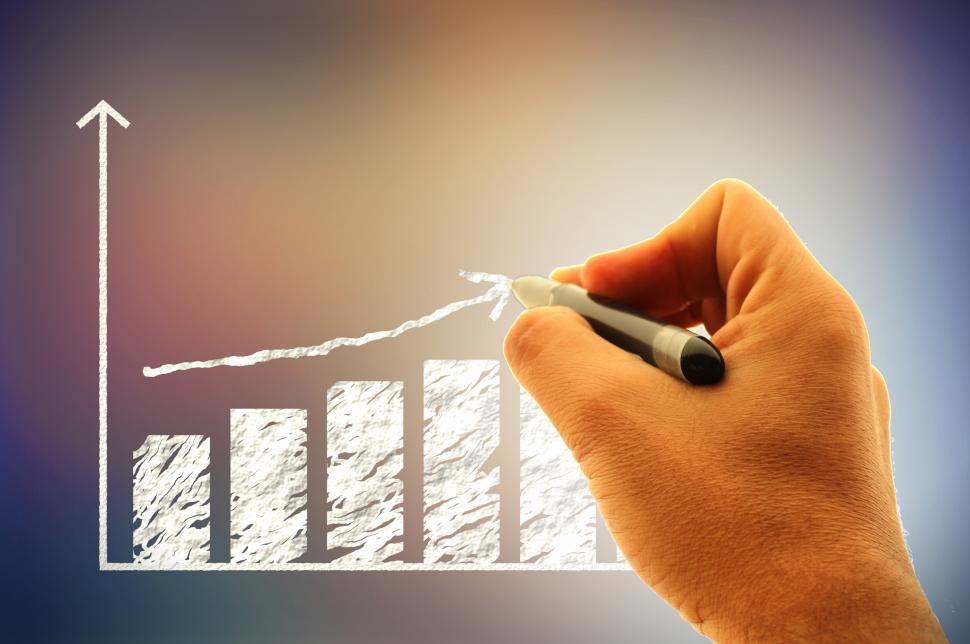 Henry J. Ellsworth resigned as the commission of the US Patent Office. In offering his resignation, Ellsworth said, “Mankind has already achieved all of which it is capable. There will be no more inventions requiring patents.” The year was 1844–before the steamboat, the car, the jet plane, the electric light, the telephone, the television, the computer, the Internet, and on and on we could go.

I fear we do the same thing in our Christian lives. We might think, “Hey, I’ve come a long way since I became a Christian. I pray every day–I read my Bible every day–and I attend the assembly weekly. I’m really a mature Christian.” We may be mature in Christ, but there’s always more room for growth. Paul says that we are all to “come to the unity of the faith and of the knowledge of the Son of God, to a perfect man, to the measure of the stature of the fullness of Christ” (Eph 4:13). In the next paragraph, Paul discusses what a mature church looks like.

It is obvious to me that Paul is speaking of a congregation’s maturity rather than an individual Christian’s maturity. The whole context deals with unity among believers. “[Endeavor] to keep the unity of the Spirit in the bond of peace” (Eph 4:3). Unity speaks much more of a corporate body than individual members of that body. Christ gave different offices in the church “for the equipping of the saints for the work of ministry, for the edifying of the body of Christ” (Eph 4:12). The context deals with the body of Christ, rather than individual members of that body.

Tonight, let’s take a look at what a mature church looks like.

A Growing Church is Not Gullible, v 14

“We should no longer be children, tossed to and fro and carried about with every wind of doctrine, by the trickery of men, in the cunning craftiness of deceitful plotting.”

We as Christians cannot be infants. When we came to Christ–just as when we came into this world–we were just that, infants. “As newborn babes, desire the pure milk of the word, that you may grow thereby” (1 Pet 2:2). There’s nothing at all wrong with being a babe in Christ–the problem is when we don’t grow from that point, where we don’t mature.

A mark of a spiritually mature church–and, by extension, spiritually mature Christians–is a firmly anchored faith; we’re not “tossed to and fro and carried about with every wind of doctrine.” The image Paul is using here is one of a ship without an anchor, where the ship is just driven by the wind–Paul says churches can be moved about by error if they are not firmly grounded in truth.

Churches can be tossed about by “the cunning craftiness of deceitful plotting.” The error Paul here mentions was not taught by honest men who were simply misguided. These were men who were using dishonest means to draw disciples away from the truth. Immediately after this discussion, Paul turns to discuss Christian ethical requirements–it is quite possible that the false teachers here were teaching it didn’t matter how the Christian lived–That was a problematic error in the first century.

We need to put down “anchors” so that we are not driven in the wind by every type of doctrine. False doctrine was a reality in the first century. “As I urged you when I went into Macedonia–remain in Ephesus that you may charge some that they teach no other doctrine” (1 Tim 1:3). “Their message will spread like cancer. Hymenaeus and Philetus are of this sort, who have strayed concerning the truth, saying that the resurrection is already past; and they overthrow the faith of some” (2 Tim 2:17-18).

False doctrine continues to be a reality today. Just as some who taught error in the first century did so for dishonest reasons, I’m confident many teach error for dishonest reasons today. But, I’m also persuaded that many who teach error today do so because they are simply misguided; they have the best of intentions, but they are simply wrong. Whether the error is taught by honestly misguided individuals or deceivers, we must beware of error.

Being carried away from the truth can have quite serious consequences. Take Lawrence and Alice Parker, for example. The San Bernardino, California couple threw away their son’s diabetic insulin in the belief he had been cured by a faith healer. They were convicted of involuntary manslaughter and child abuse when their 11 year-old son Wesley died after three days of not receiving his insulin. Our physical lives may not come to an end if we are driven away from the truth, but we can put our spiritual lives in great, great jeopardy! Let us put down an anchor of truth that we are not driven away from what is right!

A Growing Church is Not Gullible, But Growing Up into Christ, vv 15-16

There are two important lessons for us:

One: We must speak the truth. Since Paul is speaking in this context about false teachers, I do think we need to understand “truth” here as Christian truth, the gospel. Truth is found in Christ–“The Word became flesh and dwelt among us, and we beheld His glory, the glory as of the only begotten of the Father, full of grace and truth” (Jn 1:14). We need to speak the truth to friends and neighbors. “Speak the things which are proper for sound doctrine” (Titus 2:1). We need to make sure that we speak that which is “proper for sound doctrine” and no error to friends and neighbors.

We “may grow up in all things into Him who is the head—Christ.” It’s quite possible that “all things” is here being used adverbially; the meaning would be “we will grow up in every way into Him who is the Head.” The idea of growth into Christ is a matter of becoming more and more like Christ. Our growth individually as Christians and our growth corporately as a body ought to have the aim of becoming more and more like Jesus. “He who says he abides in Him ought himself also to walk just as He walked” (1 Jn 2:6).

A certain people had been so well governed that when their king died they determined never to have another until they could find a man that looked and acted just like the dead monarch, and to keep his picture before the people they had a great profile of the king carved on a cliff. For years and years, a commission of men hunted through the realm for a man that could qualify, but with no success. One day, however, they stopped at a humble cottage at the base of the Great Stone Face to rest and secure food, and there to their great joy they found a young man whose face was just the same as that of the monarch on the cliff. Day in and day out as this boy had plowed his little fields and cut his wood, he had gazed up at the wonderful profile that bespoke courage and purity and determination, and day by day, shaped by the thoughts he allowed to dwell in his mind, he became like the dead king. Are we becoming more and more like the living King, the Lord Jesus Christ?

Christ is the head. From Him the whole body, joined and held together by every supporting ligament, grows and builds itself up in love, as each part does its work. In this context, Jesus as the head of the church does not have to do with His authority over the church. There are many passages where Jesus’ authority over the church is described as headship (e.g., Eph 5:23-24). I think here “head” refers to source or origin. That seems to be the case, for Paul speaks of the whole body coming from Christ. Christ is the origin of the church: He promised to build the church, He died for the church, He saves the church, and He’ll come again for the church. Without Christ, there’s no reason to have a church.

The body is joined and held together by every supporting ligament. The King James Version and New King James Version have “joint” instead of ligament. That is certainly an acceptable translation, for the Greek term can mean either “joint” or “ligament.” But, I think the context favors the translation “ligament.” Paul is discussing how the body is held together; just as physical ligaments keep our bodies together, these ligaments keep the body of Christ together.

This growth is to occur in love. Love is to permeate our lives as Christians–Earlier in this chapter Paul has mentioned the need for love–We are to be “bearing with one another in love” (Eph 4:2). Paul exhorts Christians here in verse 16 to grow in love and to become more and more loving. Paul’s urging for unity in the broad context of Ephesians 4 and becoming more and more loving is going to bring about greater and greater unity. Do we love our brethren? Are you growing in love in order that we might be unified?

In order for the church to grow, “each part” must do its work. The teaching pastor and evangelists in a congregation need to be doing their work in order that the church might grow–churches won’t grow appropriately without working pastors and evangelists. Yet, of course, the language here cannot be limited only to pastors and evangelists. Each Christian has a role to fulfill in the body of Christ. Remember what the master said to the servant who did nothing with his talent? “‘You wicked and lazy servant” (Matt 25:26). Could it be that the Lord may say the same thing to us? “That servant who knew his master’s will, and did not prepare himself or do according to his will, shall be beaten with many stripes” (Lk 12:47). Are there some among us who might be beaten with many stripes because we know what we ought to do and we just don’t do it?

A 57-year-old government clerk was fired for demanding more work, and she took the government to court and won. A labor court ruled that the German Housing Ministry could not fire Felicitas Strippgen for complaining about the “idleness” of her job. Her troubles with the ministry began when she started to keep a “work diary” to prove her case that she did not have enough work to do. The diary showed that for one 34-day period she did absolutely nothing at all. This long period of idleness was broken by a day in which she recorded nine minutes of work. She said that she was told to “stop rocking the boat” when she demanded work. She sued, and a court ordered the ministry to give her “at least a minimum of work consistent with her pay scale.”

Are some of us being idle as Christians? Do you need to come this evening in order that you might become a working Christian and a growing Christian?