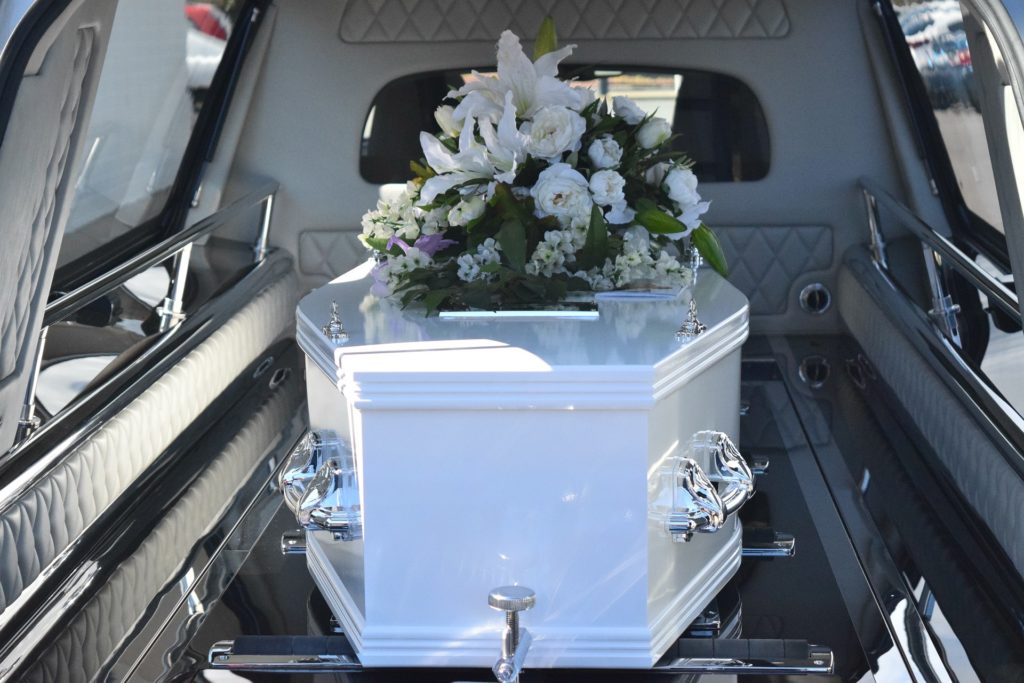 Where are the Dead?

Let us think about where the dead are this morning.

“Hades” has come into English from Greek. The Greeks were superb at giving things names, and they did a good job with the realm of the dead.

Literal meaning of the word: The beginning of the word is called an alpha-primitive in Greek and means “not.” Many English words have an alpha-primitive to negate their meaning, but the “h” is usually dropped, for it is just a mark above the “alpha.” For example, the English word “amnesia.” “Mnesia” in Greek refers to memory, and the “a” means “not.” Therefore, “amnesia” means “not remembering.” The “ades” comes from the Greek eido, which means “to see.” Therefore, “Hades” literally means “the unseen.”

The Greeks knew that when someone died his or her body was still visible, but life was gone so they coined the term “Hades” to refer to the abode of the dead.

Hades is the place disembodied spirits await the Judgment.

As Jesus promised to build his church, he said, “On this rock [Peter’s confession] I will build my church, and the gates of hell shall not prevail against it” (Matt 16:18). It is rather unfortunate that the English Standard Version follows the King James Version here and translates “gates of hell,” for the Greek, as the New International Version, New American Standard Bible, and New King James have it, is “gates of Hades.” Jesus spoke not of hell’s gates overcoming his church, but the gates of Hades. He means that his death shall not prevent the establishment of the church.

Peter used the term “Hades” to refer to the place Jesus was for the three days he was dead: In quoting Psalm 16 to speak of Jesus’ resurrection, Peter says, “You will not abandon my soul to Hades, or let your Holy One see corruption” (Acts 2:27). David “foresaw and spoke about the resurrection of the Christ, that he was not abandoned to Hades, nor did his flesh see corruption” (Acts 2:31).

Hades cannot be the same as heaven or hell, for we read about the destruction of Hades at the last judgment: “The sea gave up the dead who were in it. Death and Hades gave up the dead who were in them, and they were judged, each one of them, according to what they had done. Then Death and Hades were thrown into the lake of fire. This is the second death, the lake of fire” (Rev 20:13-14).

What do we know about the Hadean realm?

There is a place for the saved.

There is also a place for the unrighteous.

“God did not spare angels when they sinned, but cast them into hell and committed them to chains of gloomy darkness to be kept until the judgment” (2 Pet 2:4). Again, I find it unfortunate that the term “hell” occurs in English translations of this passage. Actually, “cast them into hell” is one verb in Greek and refers to a place the Greeks called Tartarus, which is the place they believed the worst criminals received punishment after death. The rich man, being evil, was experiencing torment in Hades.

There is no second chance in Hades.

Speaking to the rich man, Abraham said, “Between us and you a great chasm has been fixed, in order that those who would pass from here to you may not be able, and none may cross from there to us” (Lk 16:26).

There is consciousness in Hades.

There is remembrance after death.

Thee rich man remembered his five brothers and was able to remember what he had in his life.

It also seems to me that in some way Jesus is in Hades.

I understand fully that Jesus is seated at God’s right hand in heaven. “After making purification for sins, [Jesus] sat down at the right hand of the Majesty on high” (Heb 1:3). Stephen, “full of the Holy Spirit, gazed into heaven and saw the glory of God, and Jesus standing at the right hand of God” (Acts 7:55).

However, Paul speaks of being with Jesus between death and the judgment. “To me to live is Christ, and to die is gain. If I am to live in the flesh, that means fruitful labor for me. Yet which I shall choose I cannot tell. I am hard pressed between the two. My desire is to depart and be with Christ, for that is far better” (Phil 1:21-23). “We know that while we are at home in the body we are away from the Lord, for we walk by faith, not by sight. Yes, we are of good courage, and we would rather be away from the body and at home with the Lord” (2 Cor 5:6-8). Both of those texts obviously speak about death and not the final resurrection.

Some might ask “How can we be with the Lord in Paradise if he is seated at God’s right hand?” I cannot really answer that question, for I do not have God’s infinite mind.

However, we know that God is omnipresent. “Where shall I go from your Spirit? Or where shall I flee from your presence? If I ascend to heaven, you are there! If make my bed in Sheol [the Hebrew word for Hades], you are there!” (Ps 139:7-8). Speaking to his apostles, Jesus says, “I say to you, if two of you agree on earth about anything they ask, it will be done for them by my Father, heaven. For where two or three are gathered in my name, there am I among them” (Matt 18:19-20).

Prior to the Resurrection, the righteous await their reward. There is an inheritance which is kept in heaven, not Hades: We have been born anew “to an inheritance that is imperishable, undefiled, and unfading kept in heaven for you” (1 Pet 1:4). We do not receive the crown of righteousness until the Judgment: “There is laid up for me the crown of righteousness, which the Lord, the righteous judge, will award to me on that Day, and not only to me but also to all who have loved his appearing” (2 Tim 4:8).

Those who are alive shall be changed in order to meet the Lord: “Behold! I tell you a mystery. We shall not all sleep, but we shall all be changed, in a moment, in the twinkling of an eye, at the last trumpet. For the trumpet will sound, and the dead will be raised imperishable, and we shall be changed” (1 Cor 15:51-52).

Judgment will occur at that point, and the righteous shall enter heaven and the evil shall enter hell. Matthew 25:31-46. Revelation 20:11-15.

Differences Between Hades and Eternity

Hades is different from eternity in who is not in Hades.

God sits on his throne in heaven.

Before Stephen was martyred, he declared, “Behold, I see the heavens opened, and the Son of Man standing at the right hand of God” (Acts 7:56). We mentioned earlier that Psalm 139 declares that David could not escape God’s presence in Hades. However, the throne of Cod from whence he reigns is in heaven, not Hades.

I do not believe that Satan is in Hades.

If he is a fallen angel—as seems most likely—it appears that he was not consigned to torment as were the other angels who sinned. While the Scripture ore not exactly clear on this, they seem to indicate that he is not in Hades:

Some will never enter Hades.

Hades is different from eternity in its duration.

Hades is going to be destroyed; after the Great judgment scene, John records, “Then Death and Hades were thrown into the lake of fire. This is the second death, the lake of fire” (Rev 20:14).

We know that heaven and hell shall never end, for Jesus tells us so: The wicked “will go away into eternal punishment, but the righteous into eternal life” (Matt 25:46).