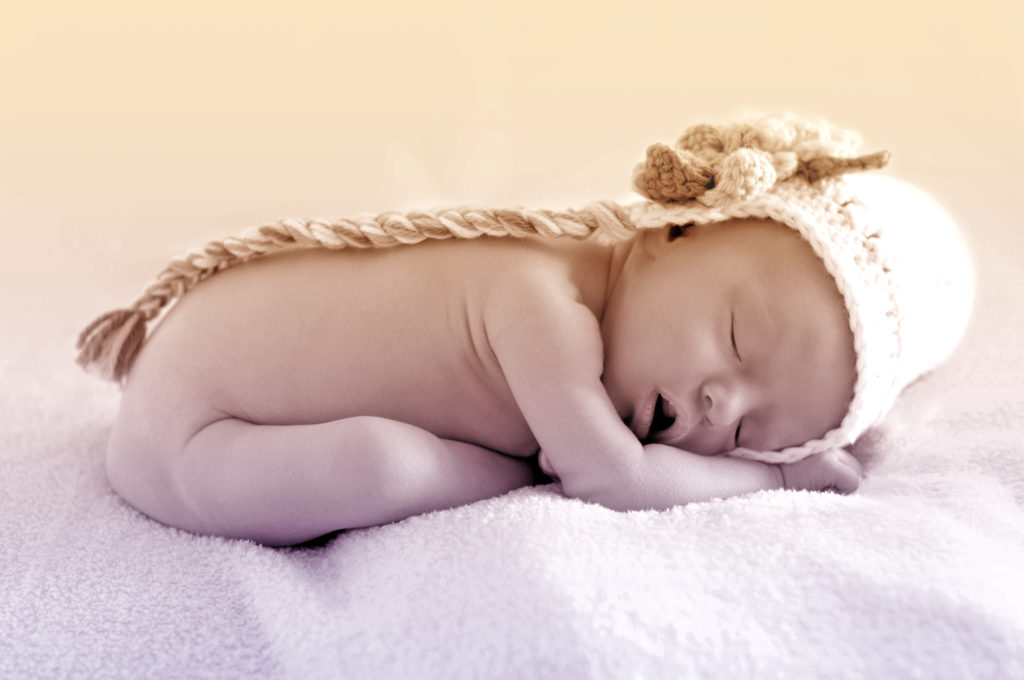 The Save the Children Fund in London, England, came up with a novel fund-raising scheme: the sale of small bottles of Jordan water for christenings. The only problem with the scheme is that some of the containers were recycled medicine bottles bearing the stern warning, “Keep away from children.”

It’s not at all a bad idea to keep christening water away from children, for they have no need of baptism. Yet, you know that many children are christened—christening occurs in the Roman Catholic Church and in many Protestant denominations. Tonight, we want to examine the practice in light of Scripture.

The Practice of Infant Baptism

From The Catechism of the Catholic Church:

What points then are made to defend infant baptism?

The Catholic Church appeals to the doctrine’s antiquity. As demonstrated from the numerous quotes from the second and third centuries, it’s certain Catholics are correct in saying that this doctrine in ancient. It is probably more than 1800 years old.

But antiquity alone does not make a teaching valid. There were false doctrines within the early church that the apostles had to refute. “I am astonished that you are so quickly deserting the one who called you by the grace of Christ and are turning to a different gospel—which is really no gospel at all” (Gal 1:6-7). The doctrine Paul was contending with was a mixing of Judaism and Christianity—a binding of the Jewish law on Gentile Christians. If a doctrine is to be accepted solely on the grounds of its antiquity, why not accept the Judaizing gospel? Granted, the Judaizing gospel was rejected by the church at large while infant baptism was accepted, but if the antiquity of a gospel is what matters. . . .

Some of you might be troubled by infant baptism’s antiquity. You might be thinking something like, “OK, for this doctrine to be accepted by 180, it was accepted by 150, if not earlier. That’s only 50 years or so after the death of the last apostle. Maybe we should take a look at baptizing infants.” Let’s not forget the host of passages in which the apostles warned that apostasy would come shortly after their deaths: Acts 20:29-39; 2 Peter 2:1-2.

The Catholic Church also appeals to the doctrine of Original Sin. I will readily admit that if Original Sin is true, it makes perfect sense to baptize infants; who wants to risk a young child’s going to hell?

Of course, Scripture demonstrates the error of Original Sin. “The soul who sins is the one who will die. The son will not share the guilt of the father, nor will the father share the guilt of the son. The righteousness of the righteous man will be credited to him, and the wickedness of the wicked will be charged against him” (Ezek 18:20). Everyone who sins breaks the law; in fact, sin is lawlessness” (1 Jn 3:4). Sin requires that one break the law, not simply be a descendant of Adam.

The Catholic Church also appeals to the household baptisms of Acts. “Cornelius was expecting them [Peter and those with him] and had called together his relatives and close friends” (Acts 10:24). About Lydia we read, “When she and the members of her household were baptized, she invited us to her home” (Acts 16:15).

Those who would appeal to these episodes to justify infant baptism make some serious blunders.

You cannot prove that those in Lydia’s household were her relatives. Slaves would have been considered part of the household; no husband is mentioned; it may have been that Lydia never married—if she were a freed slave, she could have started a business—and the members of her household are slaves, not her relatives. Granted, I’m dealing in speculation, but those who say that Lydia’s household had to have had infants also speculate. Cornelius called together his relatives and friends. We don’t read anything about his children; the relatives Cornelius called together may not have been his children.

Many of those who baptize infants appeal to Matthew 28:19-20: “Go and make disciples of all nations baptizing them in the name of the Father and of the Son and of the Holy Spirit, and teaching them to obey everything I have commanded you.” The argument is that teaching comes after baptism, so you baptize an infant and then you teach that child as he matures. The Greek grammar won’t permit that argument. In Greek baptizing and teaching further define “make disciples”—in other words, baptizing and teaching are the ways disciples are made—the two are viewed as taking place in conjunction with each other, not one occurring after the other.

Many of those who baptize infants also appeal to the ancient practice of circumcision. When males were born into the old people of God, they were circumcised as infants—Genesis 17:9-14. Baptism in the New Testament is called a spiritual circumcision. “In him you were also circumcised, in the putting off the [flesh], not with a circumcision done by the hands of men but with the circumcision done by Christ, having been buried with him in baptism and raised with him through your faith in the power of God, who raised him from the dead” (Col 2:11-12). The argument is that just as the Israelites were circumcised as children and brought up in the covenant, children today should be baptized as infants and brought up in the church.

What Does Scripture Say?

Interestingly, the Bible never mentions infant baptism—there are some who attempt to stretch some passages, which we’ve already mentioned to include infant baptism.

Baptism requires that individuals have been discipled.

“Go and make disciples of all nations, baptizing them in the name of the Father and of the Son and of the Holy Spirit” (Matt 28:19). The King James Version here reads “teach nations” rather than “disciple nations.” The word for “disciple” literally means “to teach,” but the term refers to much more in the New Testament—the word means that one is following a teacher’s doctrine and way of life. Thus, those who are baptized need to be discipled-they need to be able to pledge themselves to Jesus’ doctrine and way o lie; no infant can become a disciple.

“Repent and be baptized, every one of you, in the name of Jesus Christ for the forgiveness of your sins” (Acts 2:38). If a child has not yet sinned, how on earth is that child to repent? Even if we were to allow the false doctrine of original sin and say that children were born in sin, how is an infant going to be able to repent?

Baptism requires that individuals be able to live a new life.

“We were therefore buried with him through baptism into death in order that, just as Christ was raised from the dead through the glory of the Father, we too may live a new life” (Rom 6:4). How is a child who has not yet sinned gong to walk in newness of life? Again, if we allow for original sin, how is a child who doesn’t know enough to walk in newness of life walk in that new life?

How can I be saved before God if I do not believe and confess that faith?

Infant baptism places too much emphasis on baptism.

Don’t misunderstand me, baptism is absolutely essential to man’s salvation. Yet, baptism is not the only thing required for man’s salvation—you can baptize a man all day long and if his heart isn’t right—if he doesn’t believe or hasn’t repented—he’s just getting wet.

Infant baptism says that the only thing that matters is the water—the heart doesn’t matter at all. You know that’s not the case. There’s nothing magical in the water of baptism—nothing that saves me from my sin. What saves me is a believing heart which his committed to doing what God requires, including baptism; it’s not the water—it’s God and my obedience to him that’s saving me. Infant baptism says you can remove the heart from the picture and you can just pour some water on someone or dunk someone in water and that’s what saves. Not at all.