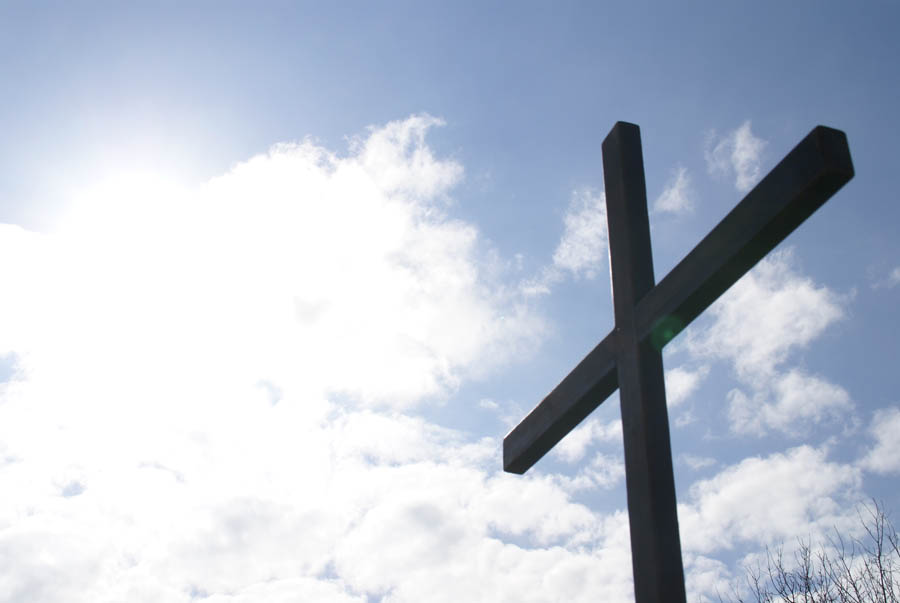 Suffering for the Gospel

Mehdi Dibaj was arrested by the government in Iran in 1984 because he had converted from Islam to Christianity. The penalty for this crime under Islamic law is death. Dibaj remained in prison for some ten years before his case went to trial. At his trial Dibaj was permitted to make a written defense of his case. The last few lines of that defense read:

[Jesus Christ] is our Savior and He is the Son of God. To know Him means to know eternal life. I, a useless sinner, have believed in Him and all His words and miracles recorded in the gospel. I have committed my life into His hands. Life for me is an opportunity to serve Him, and death is a better opportunity to be with Christ. Therefore, I am not only satisfied to be in prison for the honor of His holy Name, but am ready to give my life for the sake of Jesus my Lord. . . .”

On December 12, 1993, the court before whom he was brought passed the sentence of death. However, under intense pressure from governments in the West, including the United States State Department, the Iranians released him in January 1994. Seven months later, he was found dead “under suspicious circumstances” in a Teheran park.

What if you lived in an Islamic nation and you converted to Christianity? Would you have the nerve to stand in the face of enemies and affirm your faith in Christ even though you knew that meant certain death?

We are blessed in this nation that we do not face much direct persecution for our faith. The government doesn’t send out the Gestapo to catch us worshipping and send us to the gas chamber. We don’t need to worry about standing before a judge and answering for practicing our faith.

However, if we seek to live as a Christian, we will face persecution in some form or fashion. “All who desire to live godly in Christ Jesus will suffer persecution” (2 Tim 3:12). I really believe that if we’re not facing some type of persecution it might just mean that we aren’t living as we ought to be.

Tonight, we want to think about what it means to be faithful to the point of death and how we can apply that principle to daily life.

To the church at Smyrna, Jesus says, “Do not fear any of those things which you are about to suffer. Indeed, the devil is about to throw some of you into prison, that you may be tested, and you will have tribulation ten days. Be faithful until death, and I will give you the crown of life” (Rev 2:10).

For the Christians at Smyrna, this was a real possibility. The church was being persecuted, and they could very well be asked to lay down their lives for the faith.

The possibility of losing one’s life had been very real in Pergamos, not terribly far from Smyrna. “I know your works, and where you dwell, where Satan’s throne is. And you hold fast to My name, and did not deny My faith even in the days in which Antipas was My faithful martyr, who was killed among you, where Satan dwells” (Rev 2:13). We know nothing else about Antipas, but he died in Pergamos for the Lord Jesus Christ.

Jesus had informed His disciples that following Him could very well mean death.

“If anyone desires to come after Me, let him deny himself, and take up his cross, and follow Me. For whoever desires to save his life will lose it, but whoever loses his life for My sake will find it” (Matt 16:24-25). We often picture the cross as something sterile–we put it on church steeples, we wear it around our necks. We sometimes fail to consider that this was the common form of execution in the Roman Empire. Thus, when Jesus says, “Take up your cross,” He is saying something like, “Take up your electric chair” or “Take up that by which the Romans put to death.” Notice also that Jesus says: “Whoever loses his life for My sake.” That certainly sounds as though Jesus understood that some would have to give up their lives for His cause.

“They will put you out of the synagogues; yes, the time is coming that whoever kills you will think that he offers God service” (Jn 16:2). Thus, the disciples should not be too surprised when they did, in fact, face death for their faith.

Before the Christian era, prophets gave themselves for their faith. “Which of the prophets did your fathers not persecute? And they killed those who foretold the coming of the Just One, of whom you now have become the betrayers and murderers” (Acts 7:52). Many of the prophets faced persecution. 1 Kings 19:1-3. 2 Chronicles 24:20-21.

Early Christians gave their lives for the faith.

Stephen (Acts 7:54-60). James: “Now about that time Herod the king stretched out his hand to harass some from the church. Then he killed James the brother of John with the sword” (Acts 12:1-2).

There was much faithfulness unto death in the early church.

Several had been martyred in the local coliseum. The Romans cried out for Polycarp, the aged leader of the Christians. Soldiers went to arrest him. Before he left with them, Polycarp had food offered to them and prayed for them.

The proconsul said: “Swear [to Caesar], and I will release you. Revile the Christ.” Polycarp famously replied, “Eighty and six years have I served him and he has done me no wrong. How then can I blaspheme my King who saved me?” Polycarp was put to death.

It is interesting to note that Polycarp was an elder in the church in Smyrna, the same congregation Jesus instructed to be faithful to the point of death.

Justin was before a Roman prefect who said, “Obey the gods at once and submit to the Emperors.” Finally Justin said: “Do what you will; for we are Christians and do not sacrifice to idols.” They then executed him by decapitation with a sword.

Apollonius was a Senator martyred between 180 and 185. The Romans tried to get him to renounce Christ and declare the Emperors to be gods and to sacrifice before the image of Caesar. He said, in part, “We think it no hardship to die for the true God; for whatsoever we are, we are because of God, and for Him we endure tortures.” He was beheaded.

Blandina was martyred in Lyon, in what is modern France. She was an inspiration to her fellow Christians and was an amazement to the heathen. Eusebius, in his Ecclesiastical History, wrote: “After the scourges, the wild beasts, the hot frying pan, at last she was thrown into a net and was exposed to a bull. After being tossed about by the animal, she no longer had any feeling of what was happening, because she had hope, held on to the things believed, and had communion with Christ. She too was sacrificed, while the pagans themselves acknowledged that no woman among them had suffered so many and such terrible things.” How many of us would be willing to suffer the way Blandina did?

Why Should We Suffer for the Gospel?

This sermon may seem a little odd. Why even discuss this subject? To be honest, I can see a day when we will be called upon lay down our lives for the faith even in this country. Yet, sometimes we’re called upon to suffer for the faith in other ways—the taunts, the missed promotion, and perhaps even a lost job.

But, why should we endure those cruel reproaches? Why even consider the possibility of laying down our lives for the faith?

“To this you were called, because Christ also suffered for us, leaving us an example, that you should follow His steps” (1 Peter 2:21).

Two: My brethren did.

We’ve talked about some of the early Christians who died for the faith. I personally find great strength in the example of people, who in the face of danger chose death rather than to deny the precious name of Jesus by which we have been bought.

Scripture also tells me to look to the example of others. Hebrews 13:7. The context, I believe, has to do with elders in the local congregation. But, notice that we’re to consider “the outcome of their conduct”—What better outcome can there be than to receive the crown of life for laying down your physical life?

“Imitate me, just as I also imitate Christ” (1 Cor 11:1). We know that Paul lost his head under Nero’s persecution. If I’m really to imitate Paul as he imitated Jesus that means that I must be willing to lay down my life, for he, in imitation of Jesus, was willing to lay down his.

We sometimes sing: “Our fathers, chained in prisons dark, Were still in heart and conscience free, How sweet would be their children’s fate If they, like them, could die for Thee.”

Three: Physical life is not the most precious thing.

To the Ephesian elders, Paul says, Acts 20:22-24. The Hebrew Christians knew that they had a better possession in heaven (Heb 10:32-34). Brethren, would it not be far better to die for the cause of Christ and enter the gates of glory than to live on this earth another 30 years and be lost for an eternity?

Four: Those who would kill us cannot kill the soul.

“Do not fear those who kill the body but cannot kill the soul. But rather fear Him who is able to destroy both soul and body in hell” (Matt 10:28). “Whoever lives and believes in Me shall never die” (Jn 11:26).

What’s the worst that can happen if we die for the cause of Christ? We will simply pass from this, the world of the dying, to glory, the land of the living.

What if we were called upon to lay down our lives for the faith? Would we be willing to do so?

Examples of the comparison.

Have you given Jesus your all? Do you honestly serve Him in every facet of your life?

The photo above is used courtesy of FreeFoto.com.