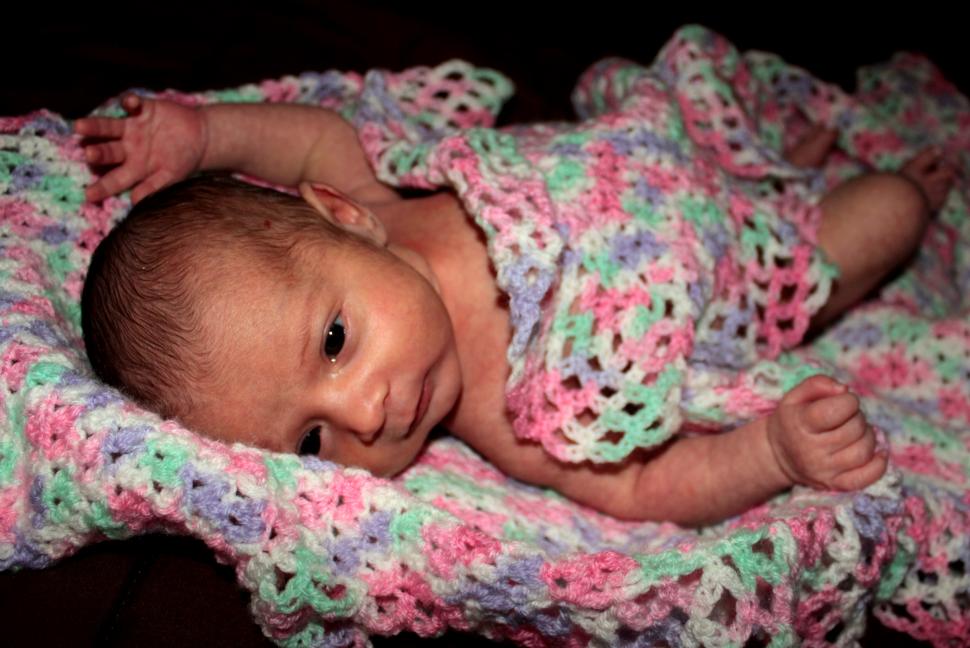 The birth of a child is an event like no other in the lives of his/her parents. That is surely why someone wrote, “A baby is a small member of the home that makes love stronger, days shorter, nights longer, the bankroll smaller, the home happier, clothes shabbier, the past forgotten, and the future worth living for.” While there is no doubt of the joy children bring into our lives, couples are having fewer children today than they were in the past. In 1969, the average American woman had 3.65 children. In 2008, the average American woman had 2.1 children.

I fear, however, that the number of babes in Christ has been steadily declining, too. In the 1960’s, the churches of Christ had an estimated membership of 2.5 million. In 2009, the churches of Christ had 1,578,218 adherents and that is down roughly 100,000 adherents since 2003. Where shall we be if this trend continues? Will it be the case that my grandchildren and great-grandchildren know nothing of the Lord’s church? Will it be that the doors of churches all across the country are closed?

In this morning’s text, we read of the church’s establishment on Pentecost. We don’t find a declining birthrate. Instead, we find a very high birthrate, for we have “The Birth of 3,000 Babies.” If we are to see the church grow, we need to see a new birth of babies – just like the one we find here in Acts 2.

“When they heard this they were cut to the heart, and said to Peter and the rest of the apostles, ‘Brothers, what shall we do?'”

These babies were broken-hearted. They had just heard they were responsible for killing the Messiah. The full realization of that sin comes crashing down on them and they are broken, weighed down with the guilt of sin.

If people are to be converted – to become babes in Christ – they must be broken. The crowd at Pentecost was going about their business, totally oblivious to the fact that they had great sin, until Peter began to preach. Those who come to Christ must understand the weight of their sin. Saul of Tarsus was on his way to Damascus to persecute Christians when he encountered the Risen Christ. This baby was so burdened with sin that he neither ate nor drank (Acts 9:9). Jesus tells of a tax collector who went to the temple to pray with the weight of his sin; “The tax collector, standing far off, would not even lift up his eyes to heaven, but beat his breast, saying, ‘God, be merciful to me, a sinner!'” (Lk 18:13). David understood the full weight of his sin: “My iniquities have gone over my head; like a heavy burden, they are too heavy for me” (Ps 38:4).

Conversion begins by being broken – understanding that one has sinned against the holiness of God.

Is it the case this morning that you are broken – that sin is weighing you down?

“Peter said to them, ‘Repent and be baptized every one of you in the name of Jesus Christ for the forgiveness of your sins, and you will receive the gift of the Holy Spirit.'”

I don’t wish to spend a great deal of time this morning speaking about the necessity of repentance and baptism. It wasn’t too long ago that I spoke about the need to be baptized. Also, this text is honestly quite straightforward; the crowd asked what they should do and Peter tells them to have the remission of sins they need to repent and be baptized.

The point I wish to emphasize this morning is that the crowd was briefed – informed of what God required of them. Churches have long spoken about sin and its consequences – as well they should. People must be broken concerning their sin, but once they are broken they must be briefed about how to have sins removed. As you and I well know, there is much error in the world concerning the plan of salvation.

If we wish the kingdom of God to grow, you and I must brief individuals on the truth! God has called us to that very task. Jesus told his disciples “that repentance and forgiveness of sins should be proclaimed in his name to all nations” (Lk 24:47). Paul worked to brief others: “We are ambassadors for Christ, God making his appeal through us. We implore you on behalf of Christ, be reconciled to God” (2 Cor 5:20).

Shall we be a “briefing people” and tell others how to have God’s forgiveness?

“The promise is for you and for your children and for all who are far off, everyone whom the Lord our God calls to himself.”

These were “Bestowed Babies” – God had made a promise to them and to their children. God has promised to forgive sins and bestow the Spirit upon all those who repent and are baptized. The promises of God are so very sure; As Solomon blessed the Temple, he says, “Blessed be the LORD who has given rest to his people Israel, according to all that he promised. Not one word has failed of all his good promise, which he spoke by Moses his servant” (1 Ki 8:56).

In this text and elsewhere throughout Scripture, God has promised to forgive sins of the obedient. “Return to the LORD your God, for he is gracious and merciful, slow to anger, and abounding in steadfast love; and he relents over disaster” (Joel 2:12). “In [Jesus] we have redemption through his blood, the forgiveness of our trespasses, according to the riches of his grace” (Eph 1:7).

Because God’s promises are sure, we know that he shall forgive our sins when we obey. I don’t need to lie awake at night worrying about whether or not God has or will forgive me. Have you obeyed God to receive his great forgiveness?

These babies have a burden for their own salvation: “With many other words he bore witness and continued to exhort them, saying, ‘Save yourselves from this crooked generation.'”

Peter told those assembled at Pentecost that they had a responsibility in their salvation. There are some who have declared that God is going to save everyone. It doesn’t matter what you do or what you believe; God is going to save you in the end. There are others who say that isn’t right, but the only part of saving yourselves is believing on Jesus for salvation. If that were the case, wouldn’t you have expected Peter to tell this crowd just to believe on the name of Jesus? This was the first time that forgiveness has been proclaimed in Jesus’ name, the crowd has asked what they should do, and Peter says absolutely nothing about believing in Jesus!

Man has an important responsibility to obey the Lord. “Behold, to obey is better than sacrifice, and to listen than the fat of rams” (1 Sam 15:22). Jesus “became the source of eternal salvation to all who obey him” (Heb 5:9). “This is the love of God, that we keep his commandments. And his commandments are not burdensome” (1 Jn 5:3).

God has made everything ready for our forgiveness. God can do no more. If we are to have salvation, we must save ourselves. Queen Victoria was once crossing the English Channel in the royal yacht, when she spied a tiny bird following the yacht with fluttering wings, attracted by the bright flag flying on the boat. The bird was weak and weary, and darted down to the waves, trying to find a resting place. The Queen was full of pity, and she commanded her sailors to save the weary bird. They sprang to do her bidding and used every art and device to capture the little thing in vain. All their efforts to rescue the bird only terrified it more. At last it fell upon the deck at the feet of the Queen – dead! Victoria, Queen and Empress, had willed to spare the life of the bird, but even she was not able. The bird wouldn’t do what it needed to do to be saved. How have you responded to God’s work for your salvation?

“Those who received his word were baptized, and there were added that day about three thousand souls.”

There were about 3,000 “Behaving Babies” on the Day of Pentecost, babies who obeyed what they were told and had their sins remitted. We have previously mentioned the fact that one needs to obey the Lord; we see here some 3,000 doing what’s required for salvation. But, what caused them to obey the Lord? Luke records that only “those who received [Peter’s] word were baptized.”

If babies are to behave, they must be taught the Word of God. We previously mentioned the need to inform people of what God requires of them for salvation. However, we see more than just that throughout this text. We find the preaching of Peter (viz., the death, resurrection, and exaltation of Jesus Christ) deeply affecting the crowd at Pentecost. Peter’s preaching here wasn’t just a bunch of words; rather, his preaching was the Word of God – it was Spirit-inspired preaching. The Word of God, in other words, greatly affected this crowd, they accepted that Word, and obeyed the Lord.

The Word of God has great power to affect the lives of men and women. “Thus says the LORD, the God of hosts: ‘Because you have spoken this word, behold, I am making my words in your mouth a fire, and this people wood, and the fire shall consume them'” (Jer 5:14). “Is not my word like fire, declares the LORD, and like a hammer that breaks the rock in pieces?” (Jer 23:29). “The word of God is living and active, sharper than any two-edged sword, piercing to the division of soul and of spirit, of joints and of marrow, and discerning the thoughts and intentions of the heart” (Heb 4:12).

Some missionaries to China once employed a native scholar to translate the New Testament into Chinese. At first the work of translating did not seem to affect him. However, later he said, “What a wonderful book this is.” “Why so?” asked one of the missionaries. “Because,” said the translator, “it tells me exactly about myself. It knows all that is in me. The one who made this book must be the one who made me.” That is the power of the Word of God!