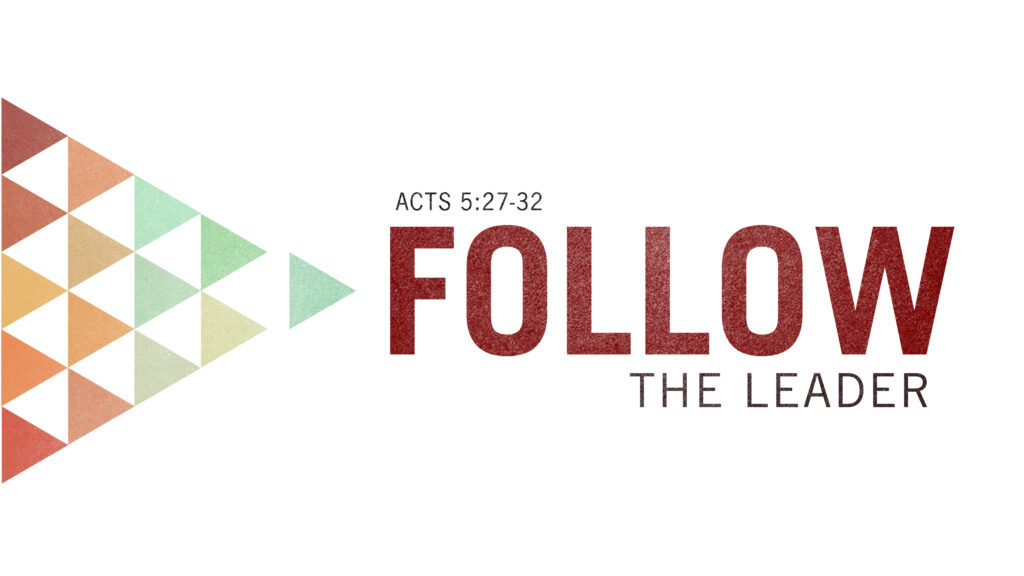 When I was a junior in college, I was elected vice president of the student government association. Halfway through that year, the president resigned. So, like Gerald Ford before me, I was thrown in the presidency. That following semester, I led the student body to new heights. When I ran for a full term, I received over 75% of the vote.

But the full year I was president was far from successful. The college hosted a large lectureship each year. That long weekend was always the biggest fundraiser for the SGA—we sold freshly grilled hamburgers with all the fixings. Well, the year I was president some wires got crossed, and our fundraiser was a complete disaster because we kept running out of nearly everything.

At the following SGA meeting, a new member of the student council lit into me and said, “Justin, we need leadership.”

How many times have you yourself said, “We need leadership?” Has there ever been a crisis—domestic or international—and you thought, “If only So-and-so were president?” Ever had an issue in the workplace and opine for a different supervisor? Maybe you sisters have faced a family problem, and you wished your husband were a true spiritual leader. Perhaps when the church has faced a hiccup, you thought, “I wish we had some different elders or a different preacher.”

The Sanhedrin wanted some new leadership, but Jesus was their leader (and he is still the leader). Peter told the Sanhedrin Jesus was a leader according to the English Standard Version (most other translations use the word “prince”).

The high priest presided over the Sanhedrin, the ruling judicial court.

Someone responsible for another’s murder was said to be guilty of that person’s blood. The high priest, thus, accused the apostles of attempting to pin Jesus’s death on the Jewish aristocracy.

Philosophers often stressed the need to obey the gods instead of men. Several of the Old Testament prophets stood up to kings—Elijah stood up to Ahab, for example. So, whoever read Peter’s words—Jew or Gentile—would have understood the principle of which he spoke.

“The God of our fathers”—Peter claimed Jesus as the culmination of the divine story with Israel. The Jewish aristocracy had killed Jesus, but God had raised him from the dead.

Not only did God raise Jesus from the dead, but he placed the Lord Jesus at his right hand, the position of authority and honor.

God exalted Jesus as Leader. God’s exaltation of Jesus as Leader was for the entirety of the Jewish nation—in fact, for the whole world. The Greek term for “Leader” or “Prince” referred to a chief or a founder. The word was used for the founders and protectors of Greek cities. This was also the word used to describe the head of a clan. Again, the word meant a commander who led the way. The idea is that Jesus is Lord, the One in authority.

The apostles and Holy Spirit served as witnesses for Jesus’s death, resurrection, and exaltation. The apostles were eyewitnesses of the events. The Holy Spirit witnessed through the apostles’ miracles and preaching.

Since “You obey God because God exalted Jesus,” there are some truths you need to grasp.

You need to understand the Requirement of obedience.

Peter and the apostles answered, “We must obey God. . . .” They didn’t say, “God wants us to obey him” or “It would be a good thing if we obeyed God” or even “We want to obey God.” They understood obeying God was a requirement, not an option.

You need to understand obeying God is not an option; obedience is a requirement. “This day the LORD your God commands you to do these statutes and rules. You shall therefore be careful to do them with all your heart and with all your soul” (Deut 26:16). Yes, that’s Old Testament, but surely the principle applies today. God commands your obedience—he doesn’t just ask for it.

If you want to go to heaven, you must obey God. “Not everyone who says to me, ‘Lord, Lord,’ will enter the kingdom of heaven, but the one who does the will of my Father who is in heaven” (Matt 7:21). If heaven is your goal, obedience is required, not optional.

You need to understand the Revelation of obedience.

As our Prince and Savior, Jesus provided an example of obedience and revealed it’s very possible to obey God. Think about how obedient Jesus was. In the wilderness, Satan came and tempted Jesus to turn away from obedience; the Lord refused (Matt 4:1-11). “Being found in human form, he humbled himself by becoming obedient to the point of death, even death on a cross” (Phil 2:8). “Although he was a son, [Jesus] learned obedience through what he suffered” (Heb 5:8).

Jesus revealed the very real possibility of obedience to God. The fact Jesus was tempted demonstrates he could have sinned, for there can be no temptation without the possibility of sin. Jesus, our Prince and Savior, overcame temptation and lived obediently. He revealed you can do the same.

You need to understand the Reason for obedience.

We’ve been discussing throughout this sermon the truth that “You obey God because God exalted Jesus.” Jesus’s exaltation as Leader and Savior is why you obey God. You need to grasp in your very soul what that means.

You obey God because Jesus is the Prince.

Jesus is the One in authority. He is the Lord. When Jesus appeared to Thomas, that once-doubting disciple said, “My Lord and my God!” (Jn 20:28). Thomas confessed Jesus as his Sovereign, his Master, the One who could command his obedience. Some folks don’t like the idea of being told what to do. Well, I’m sorry! Jesus died, was raised, and has been seated at God’s right hand; he has every right to tell you what to do.

Peter told the crowd at Pentecost, “Let all the house of Israel therefore know for certain that God has made him both Lord and Christ, this Jesus whom you crucified” (Acts 2:26).

Jesus has been exalted as Prince. You obey.

You also obey because Jesus is Savior.

Jesus is the Prince of everybody, but you must choose to make him your Savior.

We’ve already mentioned the fact that obedience is required for salvation. Understand, however, without Jesus you couldn’t be saved if you obeyed God or not. “Being made perfect, [Jesus] became the source of eternal salvation to all who obey him” (Heb 5:19). You and your obedience are not the source of your salvation—Jesus is. Jesus’s death saves the obedient. “In [Jesus] we have redemption through his blood, the forgiveness of our trespasses, according to the riches of his grace” (Eph 1:7).

The fact that Jesus willingly went to Golgotha’s tree should make you want to obey him. He has done so much to serve you. Can you not, in turn, serve him? How is your service to Jesus this morning? Is he honestly your personal Savior?