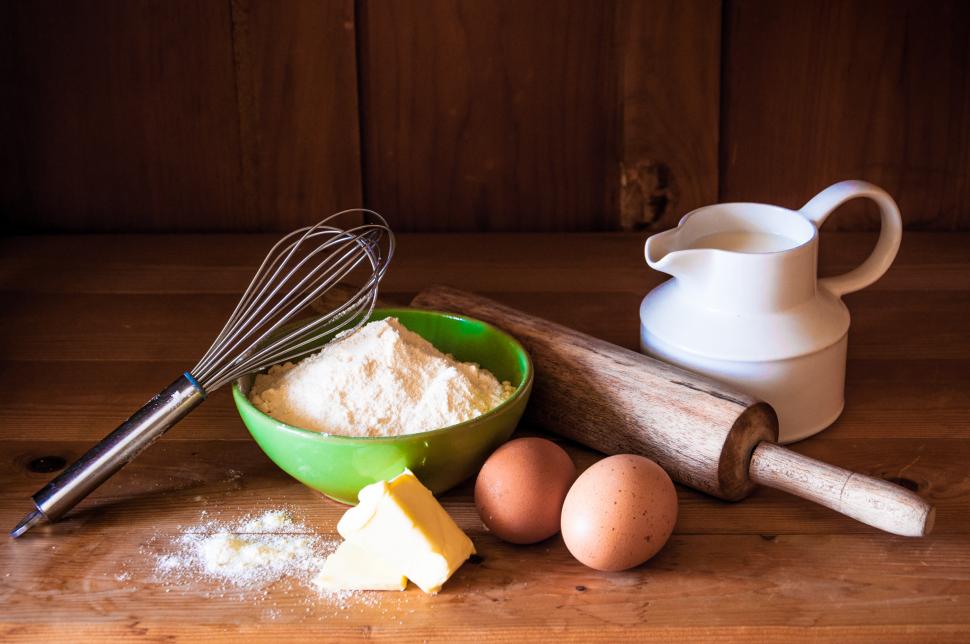 Ingredients for a Gospel Meeting (Acts 2)

In 1925, the only written copy of its formula Coca-Cola admits to having was retrieved from a New York bank and laid in a safe deposit box in Woodruff’s Atlanta bank. But, that was only the first step. That same year the company established a policy whereby no one could view the formula without written permission from the Board, and then only in the presence of the President, Chairman, or Corporate Secretary. Furthermore, the rule dictated that only two company officials would be allowed to know the recipe at any given time, and their identities were never to be disclosed for any reason. In keeping with the spirit of things, company policy was amended once air travel became the norm to preclude those two officers from ever flying on the same plane. Why would the Coca-Cola Company go to such lengths to protect their recipe? Simply because they understood the value of that recipe.

Next Lord’s Day, our Gospel Meeting begins, and Acts 2 presents us with a quite valuable recipe to have a successful meeting. There is much work we have to do to make this recipe work.

Are we prepared for the work we have to do this very week? If we work hard and diligently, the recipe outlined in Acts 2 will cause a powerful Gospel Meeting.

If we are to have a successful Gospel Meeting today, a crowd must assemble. In that first Gospel Meeting, the Holy Spirit worked in mighty fashion to assemble the crowd – the mighty noise, the tongues as of fire, and the tongue-speaking caused people to go see what was taking place. The Holy Spirit will not work in that way in this age; therefore, it is up to us, the people of God, to produce that crowd. “Go out to the highways and hedges and compel people to come in, that my house may be filled” (Lk. 14:23). You well remember the evangelism that took place at the beginning of John’s Gospel. When Andrew had encountered Jesus, “he first found his own brother Simon and said to him, ‘We have found the Messiah'” (Jn. 1:41). “Philip found Nathanael and said to him, ‘We have found him of whom Moses in the Law and also the prophets wrote, Jesus of Nazareth, the son of Joseph'” (Jn. 1:45). Why not copy that evangelistic style, and say to friends, family, and neighbors, “We have found the Messiah. Come and see”?

The last thing LaShanda Calloway saw before she died was people literally stepping over her to continue shopping as if nothing had happened. Calloway had stopped to shop in a convenience store in Wichita, Kansas, when she was stabbed in an altercation. As she lay dying, a surveillance camera recorded no less than five people stepping over her to continue down the store’s aisles. Only one stopped briefly-to take a picture of Calloway with a cell phone camera. “It was tragic to watch,” police spokesman Gordon Bassham said. “The fact that people were more interested in taking a picture with a cell phone and shopping for snacks than helping this innocent young woman is, frankly, revolting. I pray to God that we would never step over someone in a store who was bleeding and dying. But, every day we step over people who are dead in sin and bound for an eternity in hell! How can we merely step over the dying?

Shall we work this week to see an assembly in this place to hear the Word of the Lord?

Peter used Scripture to establish what he taught. He didn’t stand before his audience and say something like, “Well, let me tell you how I feel about this.” No, he pointed people to Scripture. Modern preachers need to point people to Scripture. When Micaiah was told to go and tell Ahab what he wanted to hear, Micaiah responded, “As the LORD lives, what the LORD says to me, that I will speak” (1 Ki. 22:14). Paul told Timothy, “Preach the word” (2 Tim. 4:2)-not preach your feelings, preach your opinions, preach what’s popular, but preach the Word.

Peter then convicts his audience of guilt – “Let all the house of Israel therefore know for certain that God has made him both Lord and Christ, this Jesus whom you crucified.” Peter didn’t tell his audience, “What you did isn’t your fault; it’s no big deal; don’t worry about it.” He wasn’t shy about pointing out the sins of his hearers; modem preachers cannot be shy about pointing out people’s sins. John the Baptist told Herod concerning Herodias, “It is not lawful for you to have her” (Matt. 14:4). Paul told Timothy, “Preach the word; be ready in season and out of season; reprove, rebuke, and exhort, with complete patience and teaching” (2 Tim. 4:2). Preachers shouldn’t intentionally aim to make people feel bad, but if sins aren’t pointed out and confronted, what good has been done?

Charles Spurgeon, the well-known Baptist preacher, said, “I cannot help feeling that the man who preaches the Word of God is standing, not on a mere platform, but on a throne. We cannot play at preaching. We preach for eternity. Life, death, hell and worlds unknown hang on the preaching and hearing of a sermon.” If a man who taught error believed so strongly about preaching, how can we not feel that strongly about preaching? Shall you listen to the preaching of Scripture this coming week?

When the assembled crowd heard that they had crucified the Messiah, they were cut to the heart. They had great anxiety. In Greek, the verb “cut” with “the heart” as its object refers to strong emotion. The meaning is that this crowd was stung to their core when they realized that they had crucified the Messiah for whom they were waiting. They were deeply convicted of their sin.

In order for true repentance to take place, there must be a conviction of sin. Jesus had prophesied that when the Spirit came that he would “convict the world concerning sin and righteousness and judgment” (Jn. 16:8)- Now, through the preaching of Peter, we see that prophecy fulfilled. David confessed, “My iniquities have gone over my head; like a heavy burden, they are too heavy for me” (Ps. 38:4).

If we want to bring people to Jesus, they must be convicted of their sin. We cannot merely preach a “feel-good” Gospel; before people can come to Jesus, they need to understand that they have wronged God, they have sinned, and they are responsible for Jesus’ crucifixion. Without such a realization there will never be true conversion or true dedication to the Lord Jesus.

When the crowd had been cut to their core, they cried out to Peter and the other apostles, “Brothers, what shall we do?” Peter replied, “Repent and be baptized every one of you in the name of Jesus Christ for the forgiveness of your sins, and you will receive the gift of the Holy Spirit.” The crowd’s dismay quickly turned into an assurance. Just imagine being in their shoes – they had just learned that they were responsible for the death of the Messiah. They had to be wondering, “If we’ve done that, what can we do?”

Peter gives them an assurance of having that guilt removed when he says, “Repent and be baptized.” Repentance is essential to one’s salvation. Repentance is far more than simply being sorry for one’s sins, as this text shows; the crowd was already sorry for their sins, but Peter told them to repent. Repentance means to change one’s mind about sin, and then change one’s actions. If you want to be saved, you must repent of your wrongdoings. “Unless you repent, you will all likewise perish” (Lk. 13:3, 5). “The times of ignorance God overlooked, but now he commands all people everywhere to repent” (Acts 17:30).

Baptism is also essential to one’s salvation. Many in the religious world debate whether or not one needs to be baptized in order to be saved, but Peter here declares that baptism is “for the remission of sins”; in other words, one is baptized to have his sins forgiven. Baptism is essential to salvation. “Whoever believes and is baptized will be saved” (Mk. 16:16). “Baptism, which corresponds to this, now saves you, not as a removal of dirt from the body but as an appeal to God for a good conscience, through the resurrection of Jesus Christ” (1 Pet. 3:21).

“Those who received his word were baptized, and there were added that day about three thousand souls.” This crowd gladly received Peter’s word. What word was it that they gladly received? It could not be the preaching about Jesus, for after the sermon they were cut to the heart. This must be the message that there was an assurance of the forgiveness of sins and salvation from hell.

This crowd was so happy to hear that there was hope, and they obeyed that message of hope. Gospel Meetings today must offer assurance. Sin must be confronted, but if we never give hope in light of their sin, what good have we done? Jesus gave us hope, and we need to give that hope to others. Do you have that assurance this day? Do you need to come this morning and repent and be baptized?