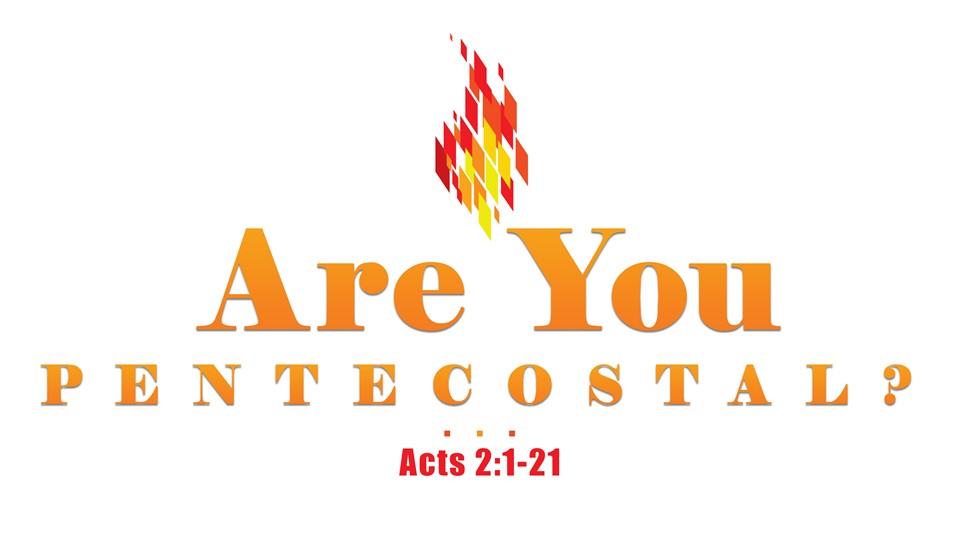 In the fall of 1994, I went on my first foreign mission trip to Tirana, Albania. I was there for two Sundays. The second Sunday I was there I preached; my first ever experience of preaching in a foreign country. I had a translator. I had to stop about every sentence so that he could repeat what I had just said. The first sentence of my sermon was: “When I was growing up, my brothers and I fought like cats and dogs.” The translator, a 20-year-old guy himself, could not translate the idiom of fighting like cats and dogs. We had to move on.

The Apostles talked funny on the Day of Pentecost. We typically think about Pentecost in a narrow context. This chapter is full of important truths: the establishment of the church, the Lordship of Jesus, the way to have remission of sins. Those truths are eternal and vital.

But, why do we know and proclaim those truths? Because “The Creator chooses to communicate with creatures.” Pentecost is a testimony to the fact that God wants us to know truth. The Holy Spirit guided the Apostles into all truth, the Holy Spirit enabled the Apostles to speak in languages they had never studied, and the Holy Spirit inspired Peter to proclaim the Gospel. Throughout this chapter, we see how desperately the Creator wishes to communicate with creatures. Let’s think about how God did that.

God used the Apostles at Pentecost to do his will. How?

Because the Apostles are baptized in the Holy Spirit, they can communicate for the Creator in languages they had never studied. They can communicate the Creator’s will to man: “When the Spirit of truth comes, he will guide you into all the truth, for he will not speak on his own authority, but whatever he hears he will speak, and he will declare to you the things that are to come” (Jn 16:13-14).

Because the Apostles contained the Holy Spirit, they were able to communicate the Creator’s will.

They convey, for they spoke in other tongues. “They were all filled with the Holy Spirit and began to speak in other tongues as the Spirit gave them utterance” (Acts 2:4). They are able to communicate to the multitude; the multitude heard the gospel “in his own native language” (Acts 2:8). The Apostles, through the Holy Spirit, were able to communicate the Word of God in languages they had never studied.

Not only do the Apostles convey God’s truth, but they convey that truth to people from every nation and of every language assembled at Pentecost (Acts 2:5-13). Granted, the multitude was entirely composed of Jews and proselytes , but they were from different parts of the world with different languages and cultures. The Apostles communicate God’s will to people of every culture and country.

The Apostles explain what is taking place. The multitude believes that the Apostles are drunk. Peter clarifies that mistaken assumption: Acts 2:14-21. As the Apostles clarify the events of Pentecost, they communicate to the multitude exactly what God is doing.

The Apostles Certify the Christ.

Peter, standing with the other Apostles, certifies the Christ; he teaches the multitude that Jesus Christ is Lord (Acts 2:22-36). As the Apostles held up the cross of Christ, they were communicating God’s Christ to the world.

Acts 2 displays how “The Creator chooses to communicate with creatures.” The Apostles were to remain in Jerusalem until the Spirit came upon them, the Apostles were baptized with the Holy Spirit so that they might be guided into all truth, the Apostles spoke in different languages to people from every nation under heaven, the Apostles explained how the outpouring of the Holy Spirit was the fulfillment of prophecy, and Peter proclaimed the Risen Christ. The inspired record of Pentecost is that God wants to communicate.

Since “The Creator chooses to communicate with creatures,” how should you live?

You must Communicate the Creator.

How should you communicate the Creator? I believe we must communicate him in the same way the Apostles did.

You must comply with the Creator’s Word.

You cannot live life on your terms and successfully communicate the Creator. God has called us to be salt and light (Matt 5:13-16). One of the most important texts about communicating the Creator is 1 Pet 3:1-2. Lives are changed as people see what God is doing in our lives.

Several years ago, I lost my temper in public; it was bad and ugly and embarrassed poor Tammy to death. I was having a real problem with my anger, and Tammy called Mom and Dad. Dad talked to me, and he asked the question, “Justin, what if the people who witnessed this came to church tomorrow? What are they going to think about the preacher having acted like that? They’ll leave.” Dad was as right as he could be. Does your life communicate the Creator because you comply with his will?

Take time this week to examine your life. “Examine yourselves, to see whether you are in the faith. Test yourselves” (2 Cor 13:5). Get off by yourself and ask yourself this question: “How can I live as salt and light in this world?”

You must Contain the Creator’s Word.

Because the Apostles were baptized in the Holy Spirit, they could communicate for the Creator.

You understand that you cannot be baptized with the Spirit. The Apostles needed the baptism of the Holy Spirit to communicate for the Creator; they were guided into all truth.

You must Convey the Creator.

You must Convey the Creator Comprehensively.

You do not care about color or sin or any other such thing, for the blood of Jesus makes us one family. “As many of you as were baptized into Christ have put on Christ. There is neither Jew nor Greek, there is neither slave nor free, there is no male and female, for you are all one in Christ Jesus” (Gal 3:27-28). Let us communicate comprehensively the Creator!

You must Clarify the Creator.

You Certify the Christ.

You never forget that what you proclaim is Jesus and him crucified. “When [the Samaritans] believed Philip as he preached good news about the kingdom of God and the name of Jesus Christ, they were baptized, both men and women” (Acts 8:12). Philip and the Ethiopian eunuch is another example. God puts Philip and the Ethiopian together. The eunuch was reading from Isaiah, but he did not understand. “Philip opened his mouth, and beginning with this Scripture [Isaiah 53] he told him the good news about Jesus” (Acts 8:35).

I fear that for far too long, we’ve preached doctrine without preaching Jesus. We’ve gone forth and shared the truth of God: We’ve talked about the role of women and instrumental music and proper baptism and the uniqueness of the church. We’ve divorced truth from Jesus, but it’s all about him. Why should we worship a certain way? Because Jesus is Lord and he deserves proper worship. Why is baptism so essential? Because you meet Jesus’ blood there. Why is the church unique? Because Jesus shed his blood for her and built her. Why does proper doctrine matter? Because Jesus is Lord!

Think for just a moment what would happen if this church came to understand “The Creator chooses to communicate with creatures.” Maybe we’d pull a Bible out during lunch and read the Word of God. Maybe we’d communicate the Creator to someone who does not know him. Maybe we’d pray for a neighbor who desperately needs Jesus.