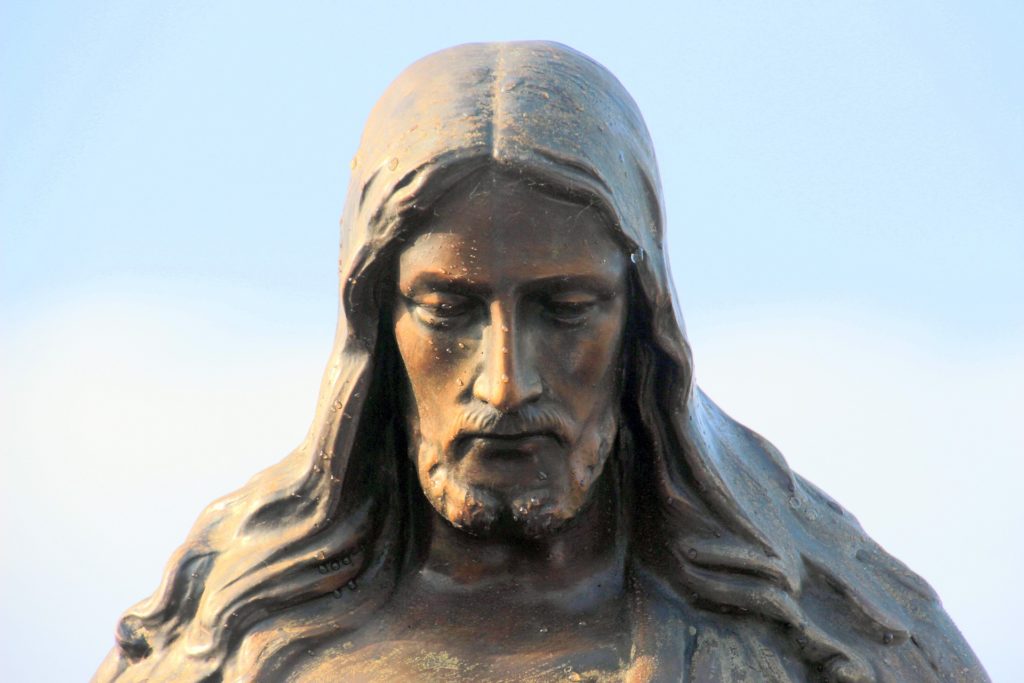 “All hail the pow’r of Jesus name! Let angels prostrate fall! Bring forth the royal diadem And crown Him Lord of all!”

God has done wonderful things through his Son! It is through Jesus that God saved the world. Peter’s message on Pentecost is what God did through Jesus.

Peter then tells what God did through Jesus. This sermon is really about Jesus. Yet, Peter over and over refers to God; Peter’s sermon really is “What God Did Through Jesus.”

God attested Jesus, i.e., he pointed him out. He did this through the various miracles Jesus did. These miracles were done in the presence of people. Peter said, “As you yourselves know.” The people at Pentecost knew the type of miracles Jesus did—Jesus did not do his miracles in secret.

God delivered Jesus according to his definite plan and foreknowledge. God had a plan for Jesus. That plan was that he would die for the forgiveness of our sins. The cross was not an accident.

Yet, those who crucified Jesus had free will. They took Jesus and crucified him themselves—”You crucified and killed.” God did not force them to crucify Jesus.

God did not exalt David.

David had spoken of exaltation, but Peter makes clear it was not David’s own exaltation. David is dead and buried—Peter said they even knew where his grave was. David was a prophet. God had promised David that one of his descendants would be greatly exalted. David foresaw the resurrection and subsequent glory of Jesus.

God raised him from the dead. God did not raise Jesus in a dark corner. Peter said that he and the other apostles were witnesses.

God gave Jesus the promise of the Holy Spirit. God kept his promise and gave the Holy Spirit to Jesus. Jesus in turn poured out the Spirit on his apostles.

God testified of this through David. David did not ascend into heaven. He spoke of the Christ.

God has made Jesus both Lord and Christ.

God has also made Jesus the Christ. Jesus is God’s Anointed One. He is the promised Messiah.

The Jews took this Jesus and crucified him. This cut them to their very heart. In desperation, they asked Peter and the others, “What shall we do?”

Peter replied, “Repent, and be baptized for the remission of your sins.” Repentance means to turn from sin and turn to Jesus.

Baptism then follows. It is immersion in water (that’s what the word “baptism” means). It is “for the remission of sins”–to have one’s sins forgiven. Jesus said his blood was poured out for many “for the forgiveness of sins” (Matt. 26:28). If baptism is administered because one is already saved, Jesus died because we were already saved. It is “in the name of Jesus Christ”-by his authority.