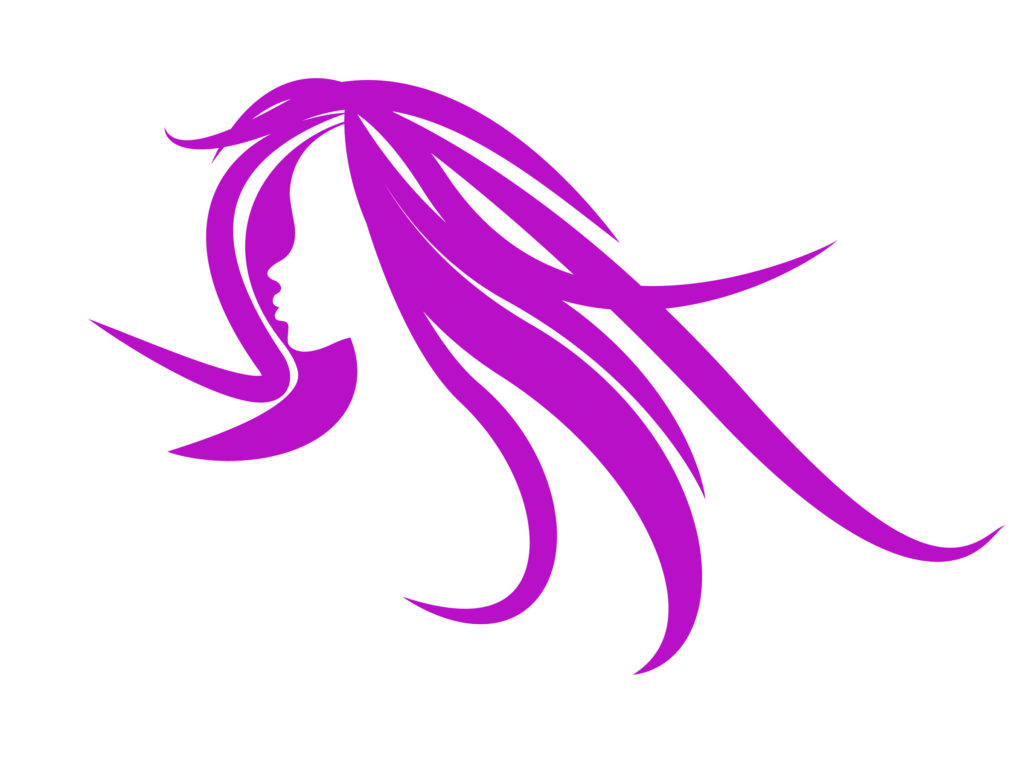 Today is Mothers’ Day. Although Mother’s Day has only been celebrated in this country for the past several decades, the roots of Mother’s Day go far, far back. In ancient Greece, a yearly festival was held that was tantamount to mother-worship. Formal ceremonies to Rhea, “The Mother of the Gods,” were performed on the Ides of March throughout Asia Minor.

In the Middle Ages, a custom called Mothering Sunday began when children, who often left home early to learn a trade or become apprentices, would be released from work every year on the fourth Sunday of Lent to attend church with their families. As they returned home, they often took cakes or little gifts to their mothers. This was term “going a-mothering.” To this very day, Mother’s Day in the United Kingdom is celebrated on the fourth Sunday of Lent.

Mothers certainly deserve our respect and honor. “Honor your father and your mother, so that you may live long in the land the LORD your God is giving you” (Ex 20:12). “The eye that mocks a father, that scorns obedience to a mother, will be pecked out by the ravens of the valley, will be eaten by the vultures” (Prov 30:17).

You know that there is nothing at all like a mother’s love. In a New Orleans cemetery is a monument which has created much interest. It represents a ship in the midst of a storm-tossed sea, a mother and child clinging together on the vessel. On the case is an inscription saying they were drowned on July 4, 1900. They were sole survivors of a large estate, and the question was under whose name should the estate be administered—the name of the mother or the daughter. The Court decided it should be in the name of the child, reckoning she went down last, because the mother would hold her in a place of safety to the very end. Such is a wonderful tribute to a mother’s love!

This morning, we want to examine a mother who deserves great tribute. Lydia, “The Purple Woman,” exhibits for us the lives women need to live.

Lydia Was a Praying Woman, v 13

Paul, Silas, Luke, and the others with them went out to the riverside where they supposed there was a place of prayer.

Apparently, there was no synagogue in Philippi. In order ot have a synagogue, the community had to have 10 Jewish males who were heads of families. Since we read this was a group of women, it’s fairly safe to assume there weren’t 10 Jewish men in Philippi. In places where there was no synagogue, Jews often met in ritually pure places near water because the ritual washing of hands before prayer was important.

These women came to the river to pray and to worship. Do notice that Lydia is called “a worshiper of God.”

Lydia was a woman who worshiped God. We need women today who will worship God. The worship of God is vitally important. “Ascribe to the LORD the glory due his name. Bring an offering and come before him; worship the LORD in the splendor of his holiness” (1 Chr 16:29). “Come, let us bow down in worship, let us kneel before the LORD our Maker” (Ps 95:6).

Are you one who worships faithfully?

Lydia was a Productive Woman, v 14

Lydia was a seller of purple from the city of Thyatira.

Lydia sold purple linen. Purple dye was quite expensive, and Lydia was probably a well-to-do woman; the fact that she had a household (probably including slaves) and that she had room for Paul and all his traveling companions to stay all seem to indicate Lydia wasn’t hurting for money. The fact that Lydia was a businesswoman probably indicates that she was a freedwoman who had been a slave for a seller of purple goods—when slaves were freed, they were allowed to continue in that business. Remember, it was difficult for a woman to be a businessperson in that culture. The only other way Lydia probably could have been in business on her own was if she were a widow and was carrying on the family business.

Lydia was an industrious, productive woman, and we need women to be productive today.

Women today are being torn away from the home more than every before. In previous generations, women seldom worked outside the home, but they stayed home, worked there, and reared their children. My mother, somewhat an anomaly in her time, only went to work after all three of us boys were in school. I know many of you women feel guilty going to work and leaving your children.

I would argue that it’s better for a woman to stay home with her children, but that’s not always possible in today’s world.

Women in Scripture—Lydia included—worked outside the home. Notice that women did when the Israelites needed materials for the tabernacle: “Every skilled woman spun with her hands and brought what she had spun—blue, purple or scarlet yarn or fine linen” (Ex 35:25). Notice what we read about the noble woman from Proverbs 31: “She gets up while it is still dark; she provides food for her family and portions for her servant girls” (Prov 31:15); and “She makes linen garments and sells them, and supplies the merchants with sashes” (Prov 31:24).

Here’s the real point: These women were going out and helping the family earn a living and be financially secure.

Although you women who work may rather be home with your children, you are fulfilling a role that women of biblical proportions fulfilled: that of helping the family make ends meet.

Lydia Was a Preaching Woman, v 15

Lydia responded to Paul’s message, and she and her household were baptized.

Since Lydia seems to have had a large house (she did have room for Paul and his companions), her household probably included servants and other dependents. Although some of the women mentioned as meeting by the riverside might have been part of Lydia’s household, we’re not specifically told that they were.

In my mind, that brings up an interesting question: Surely all of Lydia’s household were not by the river on that Sabbath day; why, then, did all of them become Christians? Could it not be that Lydia was a “Preaching Woman?” Could it be that either Lydia set such a wonderful example before her household that when she obeyed the gospel, they wanted to do so, too? Could it be that Lydia taught them the truth after she had heard Paul preach? We need women who live as good examples and share the truth of God.

We need mothers who will set the right example at home. “In everything set them an example by doing what is good” (Titus 2:7). “Wives, in the same way be submissive to your husbands so that, if any of them do not believe the word, they may be won over without words by the behavior of their wives, when they see the purity and reverence of your lives” (1 Pet 3:1-2).

I’d rather see a sermon than hear one any day,
I’d rather one would walk with me than merely tell the way;
The eye’s a better pupil and more willing than the ear,
Find counsel is confusing, but example’s always clear.

The lectures you deliver may be very wise and true,
But I’d rather get lessons by observing what you do;
I may not understand the high advice you give,
But there’s no misunderstanding how you act and how you live.

Mothers, what type of example are you going to set in the home—a positive example of Christian faith, or an example that says you believe one thing but live quite differently?

We need mothers who will teach the truth in their homes.

Because women cannot teach the gospel in the assembly, some have thought women really ought not be teachers. We need women who are teachers in private settings. You know what happened with Apollos was not teaching the gospel accurately, Priscilla and Aquila “invited him to their home and explained to him the way of God more adequately” (Acts 18:26)—the fact that Priscilla’s name is mentioned first may well indicate that she was the main teacher. “I have been reminded of your sincere faith, which first lived in your grandmother Lois and in your mother Eunice and, I am persuaded, now lives in you also” (2 Tim 1:5). Older women are to “train the younger women to love their husbands and children, to be self-controlled and pure, to be busy at home, to be kind, and to be subject to their husbands, so that no one will malign the word of God” (Titus 2:4-5).

A famous preacher had four sons who all became ministers. At a family reunion, a friend asked one of the sons, “Which of you is the greatest preacher?” While the son looked at his father, he replied, “My mother!”

We need mothers who will be great preachers at home! Are you mothers preaching women?

Lydia Was a Polite Woman, v 15

After the conversion, Lydia was hospitable to Paul and his companions—she persuaded them to go and stay at her home.

Biblical writers greatly valued hospitality. “Share with God’s people who are in need. Practice hospitality” (Rom 12:13). “Now the overseer must be above reproach, the husband of but one wife, temperate, self-controlled, respectable, hospitable, able to teach” (1 Tim 3:2). “Do not forget to entertain strangers, for by so doing some people have entertained angels without knowing it” (Heb 13:2).

The reason biblical writers stressed hospitality is really no mystery. Christian missionaries traveled from town to town, and they never knew where they would stay. Inns in the first century were notoriously evil places where Christians could seldom go in clear conscience. Thus, many missionaries would stay in the homes of local Christians as they traveled the world preaching the gospel. Lydia and those like her were doing good both in helping promote the gospel and serving their fellow Christians.

We need women who are like Lydia, who show hospitality and who minister to the needs of God’s people.

So many of you women serve God’s people in various ways—you provide food for the pantry, you prepare food for the sick and bereaved, you care for children in the training class so that parents can concentrate on worship, you help clean the building, and do whatever else you can. We need more women to step up to the plate, not wait to be asked, but to see what they can do to serve God’s people.

A man took his dog to the veterinarian and asked him to cut his tail off completely. “I don’t like to do that,” said the vet. “And why completely?” “Well,” said the dog owner, “my mother-in-law is coming to visit us, and I don’t want anything in the house to suggest that she is welcome.”

Thank God that Lydia didn’t have that attitude! She was a woman who wanted to do what she could to help! Let us be people who are willing to do what we can to help!

Lydia and her family set us a wonderful example of conversion. She responded to Paul’s message, and she and her household were baptized. Do you need to come this morning and respond as did Lydia: to respond to the message and be baptized?

If you need to come, come right now as we stand and sing!