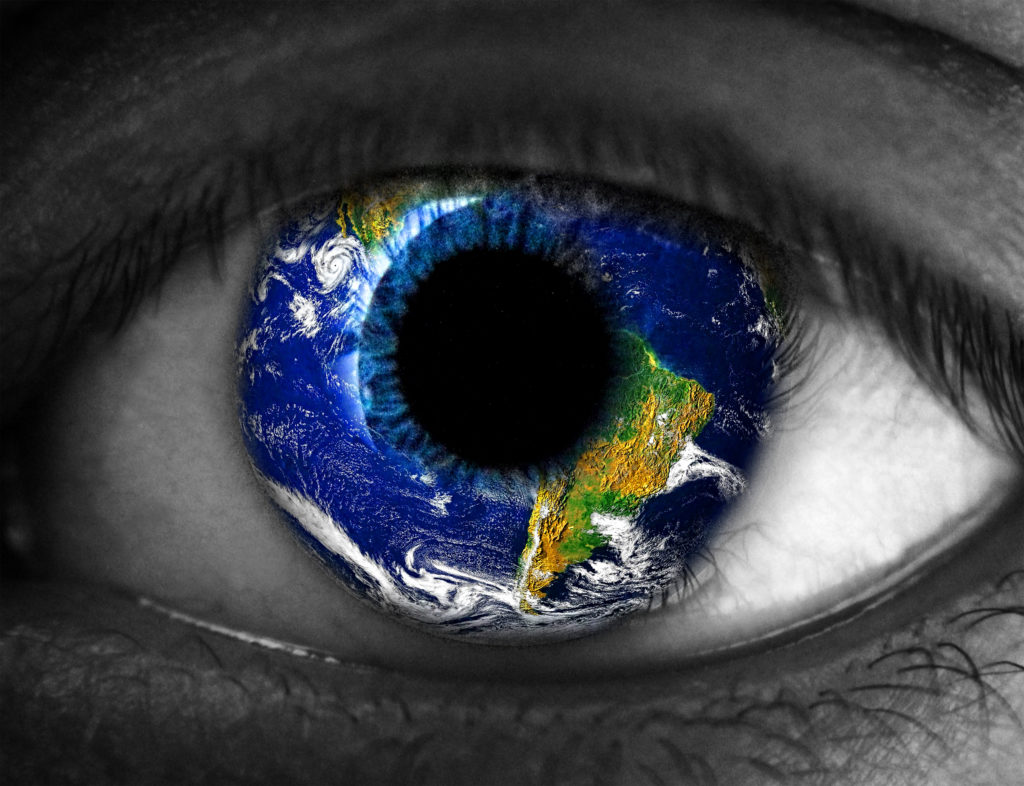 Steve Gottry was a successful entrepreneur who, by 1992, had expanded his advertising agency into a multimillion-dollar company with 10 employees. He had an airplane, a boat, and five cars—living the dream, as it were.

By 1994, the dream disappeared quite swiftly. Gottry nearly lost it all due to a downturn in the economy, bad debts, and personal missteps. On top of that, he lost much of his house in a fire and his wife and daughter both had serious health problems. While not quite a full-on Job-like tale, Gottry’s experience was a wake-up call.

Having hit bottom, he decided to go back to basics and retool his life and business according to one simple principle—FANAFI—an acronym for Find a Need and Fill It. Using that principle as a guide, Gottry was able to build a new business and even wrote a book: Common Sense Business: Starting, Operating, and Growing Your Small Business in Any Economy.

If you have small children, as I do, you’ve probably seen the movie Robots. In that movie, Rodney Copperbottom immortalizes Bigweld, the famous robot inventor. When a coup takes Bigweld off the board of directors of his own company and no more parts are being manufactured for outdated robots, Rodney using Bigweld’s motto, “See a need, fill a need” to begin repairing the robots. Rodney finally restores Bigweld to the head of his company, becomes Bigweld’s chief inventor and eventually successor using the motto, “See a need, fill a need.”

That motto doesn’t just work well in business and Hollywood, but the motto works quite well in the church. Jesus, as he prepared to ascent back to heaven, gives the disciples that same charge: Find a need and fill it. Tonight, we want to see how we might see a need, fill a need.

Gottry, in his book, says that all successful ventures begin with a dream—a dream that is envisioned by a leader and shared with others.

Jesus began with a dream. Luke records Jesus’ vision in this way: “After his suffering, he showed himself to these men and gave many convincing proofs that he was alive. He appeared to them over a period of forty days and spoke about the kingdom of God.”

The fact that Jesus had preached concerning the kingdom of God for the forty days after his resurrection indicates that the kingdom is of primary importance to Jesus.

We talk about those things which are important to us. When I first started preaching, I started visiting the sick and shut-ins, and I started to hear the same people tell the same story time and time again. It got to the point that some, who struggled with their memory, would have trouble remembering how the story ended, but I could have finished it for them.

I became bored, hearing the same story time and time again. Then it clicked. They would tell me the same story time and time again, not just because their memories didn’t work well enough to recall they’d told me this story a hundred times, but because that story is important to them. Then, I started to listen to those stories I’d heard a hundred times with renewed interest, because those stories were clues to who these people are—they’re important to their lives.

Why do you think Jesus spoke to his disciples about the kingdom of God over and over for forty days? Because it’s important to him! Jesus had just died for the kingdom.

To the elders at Ephesus, Paul said, “Be shepherds of the church of God, which he bought with his own blood” (Acts 20:28). About the Samaritans, Luke recorded, “When they believed Philip as he preached the good news of the kingdom of God and the name of Jesus Christ, they were baptized” (Acts 8:12).

Former President George W. Bush is well-known for his butchering of the English language; he’ll try to pronounce one word and it comes out vastly differently than what he intends. In 2000, during the debates Bush had with Gore, Saturday Night Life had a skit which well proved the point that the former President doesn’t speak very well. Bush and Gore, portrayed by Will Ferrell and Darrell Hammond, were at their podiums. An actor portraying Jim Lehrer asked the candidates to sum up in one word what made their campaigns successful. Bush, portrayed by Will Ferrell, replied, “Strategery.”

That is precisely what every vision needs: Strategery.

Jesus here provides the strategy for the disciples.

The disciples would wait in Jerusalem until they received the promised power from the Father. That power, of course, was the Holy Spirit, with whom the disciples would be baptized in about a week. The disciples desperately needed the power of the Spirit to preach the kingdom of God. Hebrews 2:3-4. Without that miraculous power, how could the apostles have authenticated the message they preached or how could they guide congregations in their absence without bestowing that miraculous guiding on other believers?

The disciples, after receiving the Spirit’s baptism, were to start their proclamation of Jesus in Jerusalem, then move to Judea, and then to the ends of the earth.

They were to start at home; our mission begins at home. It is highly appropriate that we send funds to Potter’s, to Scotland, to Central America, and wherever else we might send them from tome to time, but those good works do not negate the responsibility we have here at home.

What can we do to further the vision of Jesus here in this congregation? What can you do this week in your neighborhood to enlarge the borders of the kingdom of God? What do we need to do as a congregation to enlarge the borders of the kingdom here? We have a VBS coming up in just a couple weeks, what will you do to help us teach the children coming here? What will you do to make sure that we don’t just teach the kids for a week and then send them on their merry way never to see them again, but that we work with them and their parents, that they might leave the kingdom of darkness to enter the kingdom of the Son of God’s love?

The disciples were not to stop their strategy at home, but they were to go eventually to the ends of the earth.

We start here in our little down, but we don’t stop here. What can we do to enlarge the borders of the kingdom throughout the world? We send support to three missionaries and help sponsor the In Search of the Lord’s Way TV program, and we might be tempted to think we’re fulfilling the vision of Jesus.

It’s true that congregationally we are doing what Jesus would have us do. But what are we doing personally? How often do we pray for those efforts and for the Lord of the harvest to send workers into the field? Could we do more? Could we find a missionary struggling to keep up his support and could we personally send him some? Could we find a congregation closer to home struggling and help them in some way?

This evening’s text doesn’t speak about the implementation of Jesus’ vision, but you know throughout Acts we have a record of ow it was implemented.

At Pentecost, Peter stood and proclaimed the Gospel, and about 3,000 individuals obeyed the Gospel. Peter and the others kept preaching throughout Acts and kept enlarging the borders of God’s kingdom. When Paul came on the scene, he and his co-workers went on three missionary journeys during which they enlarged the borders of God’s kingdom. Even when Paul was under house arrest, he continued to preach the Gospel that the kingdom’s borders might be enlarged. Thirty years or so after Jesus gave his vision to the disciples, Paul wrote, “This is the gospel that you heard that has been proclaimed to every creature under heaven, and of which I, Paul have become a servant” (Col 1:23).

What will we do to implement Jesus’ vision here? At a congregational level, we do much to implement that vision—from VBS to helping Potter’s to supporting missionaries to helping put In Search of the Lord’s Way on local television.