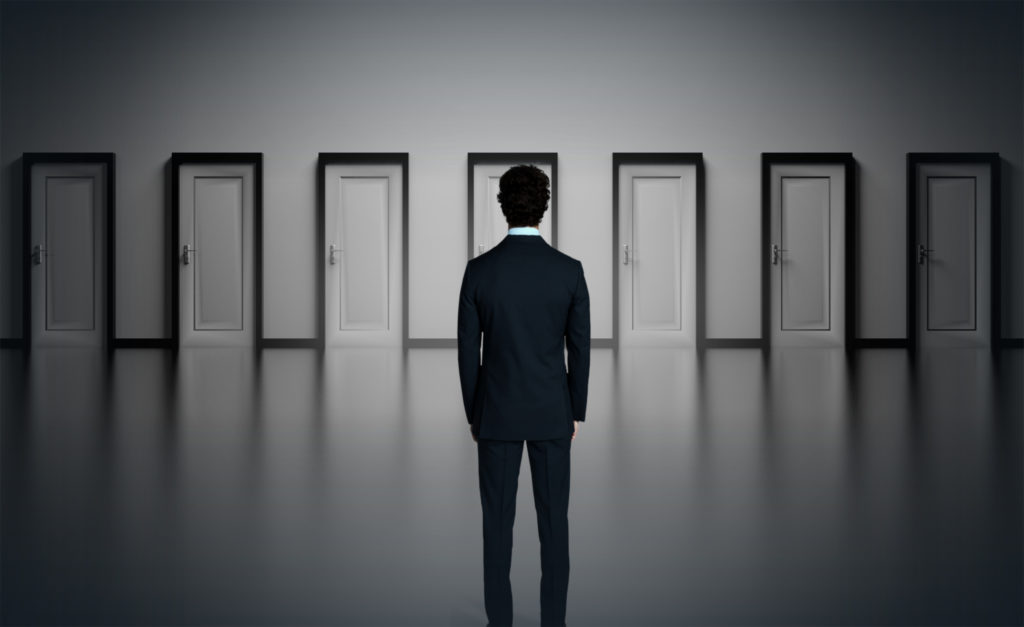 When we examine the portraits found in Third John, we find that not much has changed since this book was written, for we’ve all known people in the church who fit the profile of these three men.

Therefore, this epistle is very relevant, though we live nearly two millennia later. In this lesson we shall, consider some background material related to this book, and notice the difference between the three men mentioned in this book.

As with Second John, “The Elder” is believed by most all conservative scholars to be the Apostle John.

The internal evidence, evidence within the epistle itself, that John is the author:

The external evidence is slight, but Dionysius of Alexandria, living in the third century, credits John as being the author.

In a very real sense, who wrote this epistle does not matter. Nowhere does Scripture specifically say that the Apostle John wrote the book. I firmly believe that when Scripture clearly says in the inspired text that a certain person wrote a book that we have no choice, if we’re to believe Scripture, to accept the named person as the author. For example, some liberal scholars say that Paul did not write 1 Timothy, 2 Timothy, and Titus. But, the inspired account in those three books says that Paul wrote them. If I accept the inspiration of Scripture, I must believe that Paul wrote those three books.

However, we don’t have a named author in the text, except the appellation “Elder.” I cannot stand here and say that one must believe the Apostle John wrote the book to believe the Bible. I would be more than willing to say that if John were named as the author in the text. But, at the same time, the author of the book certainly writes with great authority, and it certainly seems from reading the book that the author was an apostle. The only apostle alive at the time was John; therefore, it seems fairly certain to say that John wrote this book.

Whether or not the Apostle John put these words on paper, they come from the mind of God, and that is the important thing. “All Scripture is given by inspiration of God” (2 Tim 3:16). “Prophecy never came by the will of man, but holy men of God spoke as they were moved by the Holy Spirit” (2 Pet 1:21).

We have absolutely no way of knowing if the Gaius mentioned in this book happens to be one mentioned by Luke or Paul.

He was evidently a close friend of John’s, and he was known for his hospitality.

Place and date of writing.

The epistle was likely written about AD 90-95.

Purpose of the epistle.

The Three Men of Third John

Gaius–A man whom John would have prosper (vv 1-8).

Gaius was a dear friend of John’s, and the apostle prayed that Gaius would prosper physically as well as he had prospered spiritually (vv 1-2). From the way this letter reads, Gaius was apparently a rather wealthy man for that day and age. He was hospitable, he helped missionaries, and apparently the local congregation met in his home. From reading this letter, it certainly sounds that Gaius was doing great monetarily.

But, I get the distinct impression that this beloved friend of John’s was doing better spiritually than he was physically, and John prayed that physically he might prosper more.

Of course, it is far more important to prosper spiritually than it is to prosper physically. “What profit is it to a man if he gains the whole world, and loses his own soul? Or what will a man give in exchange for his soul?” (Matt 16:26). How well are you doing spiritually?

John so loved and prayed for Gaius, because he was a man who. . .

Had a good reputation–“I rejoiced greatly when brethren came and testified of the truth that is in you, just as you walk in the truth” (v 3).

A good reputation is invaluable, and we can do so much good with a solid reputation. “A good name is to be chosen rather than great riches” (Prov 22:1). An elder “must have a good testimony among those who are outside, lest he fall into reproach and the snare of the devil” (1 Tim 3:7). Shakespeare in his Richard II wrote these memorable lines: “The purest treasure mortal times afford is a spotless reputation; . . . Mine honor is my life; both grow in one. Take honor from me, and my life is done.” What type of reputation do you have?

He walked in the truth–some brethren came and spoke of Gaius’ faithfulness to the truth and how he continued to walk in the truth.

If we desire to be saved in the end, we also must walk in the truth. “Your lovingkindness is before my eyes, And I have walked in Your truth” (Ps 26:3). To the Elect Lady, John wrote, “I rejoiced greatly that I have found some of your children walking in truth, as we received commandment from the Father” (2 Jn 4). Today we can easily be swept away with falsehood, but let us remain steadfastly in the truth.

He was hospitable toward all–“Beloved, you do faithfully whatever you do for the brethren and for strangers, who have borne witness of your love before the church” (vv 5-6).

For that reason, I really think biblical hospitality has a much broader connotation than we typically give it. We generally think of hospitality as opening up our homes to people we already know and serving them dinner. While that would certainly be included in biblical hospitality, these Christians were providing their brethren–who were strangers to them–a refuge when they could have found it nowhere else.

We need to help meet the needs of those around us. If you invite me over to dinner, you’re being kind and thoughtful and helpful, but you aren’t really doing what Gaius did. If we are to model our hospitality after that of the first century, we’re going to help people meet needs that they cannot meet themselves. Let us be hospitable and meet people’s needs.

Diotrephes–A man who would be preeminent (vv 9-11).

A description of Diotrephes’ character.

He was a self-promoter.

He had to be first among his brethren: “I wrote to the church, but Diotrephes, who loves to have the preeminence among them, does not receive us” (v 9). I really get the picture from reading this that Diotrephes was the type of person who had to be seen when the church assembled. He would be the type who could come in fashionably late just so that everybody else could see him. He would be the type of person who prayed on and on and on just so everybody could hear the sound of his voice.

We dare not strive to be seen by our brethren. “When you pray, you shall not be like the hypocrites. For they love to pray standing in the synagogues and on the corners of the streets, that they may be seen by men. Assuredly, I say to you, they have their reward” (Matt 6:5). “Whoever exalts himself will be humbled, and he who humbles himself will be exalted” (Matt 23:12).

An applicant was being interviewed for a job. The employer held a glowing letter of reference and complimented the applicant on such an impressive letter. With modesty came the reply: “I’m glad you liked it. I wrote it myself.” I really think Diotrephes was that type of character.

He was insubordinate–He “does not receive us” (v 9).

He was slanderous–“If I come, I will call to mind his deeds which he does, prating against us with malicious words” (v 10).

We dare not gossip. “Whoever secretly slanders his neighbor, Him I will destroy” (Ps 101:5). “Whoever hides hatred has lying lips, And whoever spreads slander is a fool” (Prov 10:18). Let us never be individuals who gossip!

Diotrephes’ character serves as a warning–“He who does evil has not seen God” (v 11).

Demetrius appears to have been a good example for Gaius, for . . . . (v 12). He was well spoken of by everyone–this was a man with whom no one could find fault. He was also well spoken of by the truth itself–this was a man who was faithfully doing what God wanted him to do. John and the contemporaries also spoke well of him–“We also bear witness, and you know that our testimony is true.”