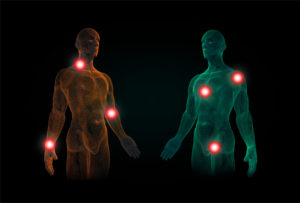 Because the human body is an amazing creation, I’m thankful for the wonderful work that physicians do–Many of you wouldn’t be here without the good work of skilled physicians.

Because physicians can do so much good, some in my family talked about my becoming a doctor. A cousin of mine said that I was too smart to be a preacher–I really don’t know if that’s a good thing or not.

But, any hopes that I might enter the medical profession were dashed when I dissected a frog. I received a chemistry set one Christmas and, inside that kit, was a frog to be dissected. I couldn’t wait to get that frog and cut it up. One afternoon, some of my friends came over to the house so that we could dissect the frog. Mom made us lunch. Big mistake! We got that frog dissected. But, Mom still laughs about the five of us leaning over the picnic table because we were sick as dogs.

Fortunately, the only thing I had to dissect in my academic career was an earthworm. No, a medical career was not for me.

Although I have very little experience with dissection, we want to dissect sin this morning. The episode of David and Bathsheba can teach us a great deal about sin. What we want to zero in on this morning is: “One sin has many parts.” What we mean by that is that several things come together to cause us to sin.

Let’s give a biblical example: Genesis 3:6. Several things come together that cause Eve to sin.

We don’t want to create excuses for our sins. Instead, we want to fortify ourselves in specific ways. As we do so, we will find it easier to do right.

This morning, we want to think about what led up to David’s cold-blooded murder of Uriah. Of course, David had a great deal of sin in his life at this point–Sin is progressive and will grow, if we allow it. Let’s dissect David’s sin:

David stays behind when his soldiers go to battle. Let’s be clear: We don’t know why David stays behind in Jerusalem. It could have been for good motives–David may have had domestic affairs to take care of. It could have been for impure motives–David may have been shirking his duty as Israel’s king. Whatever the motives, David’s decision not to go to battle is going to affect the rest of his life.

David cannot sleep and walks out on his roof to see a beautiful woman bathing. Bathsheba is likely in a courtyard near the palace.

There was nothing wrong in David’s seeing Bathsheba bathing. He simply goes out on his roof when he can’t sleep. This is temptation. Satan has found an opening in David’s heart and is exploiting it. Had David overcome his temptation, we either wouldn’t read of it or David would be the hero of the story.

David can’t get Bathsheba off his mind and he inquires of her; he even sends for her and lies with her. David allows temptation to open a door in his heart and he falls into lust. Martin Luther described the difference in temptation and lust this way: “I can’t keep the birds from flying over my head, but I can prevent them from building a nest in my hair.”

David involves others in his sin.

Notice how David involves others in his sin (2 Sam 11):

After Bathsheba has time to mourn for her husband, David takes Bathsheba as his wife.

He couldn’t risk anyone knowing what the king had done, now could he? He is happy to make it look as though he has done nothing improper.

Notice that David no longer seeks to cover his sin–He uncovers his sin, and he confesses what he has done.

David has great grief because of his sin.

It’s interesting to notice that David’s grief doesn’t really begin until God’s judgment rest upon him, but he experiences firsthand the grief sin brings.

“One sin has many parts.” We need to recognize the parts of sin so that we might be able to stop sin in its tracks.

We must seek to put sin away from our lives. “My little children, these things I write to you, so that you may not sin” (1 Jn 2:1). Jesus “Himself bore our sins in His own body on the tree, that we, having died to sins, might live for righteousness” (1 Pet 2:24).

Let’s think of some ways that David could have prevented murdering Uriah.

He could have avoided his temptation.

No, it wasn’t David’s fault that he was tempted, but he had two opportunities to avoid the temptation: He could have gone to war with his men, or he could have stayed off that rooftop.

We need, as far as depends on us, to avoid temptation. You might say, “Justin, I don’t choose to be tempted. Satan is relentless.” I know. I deal with him, too. “Your adversary the devil walks about like a roaring lion, seeking whom he may devour” (1 Pet 5:8).

But, sometimes we make it too easy for Satan to tempt us. We’re like the guy who was dieting. He prayed that if it was God’s will for him to stop and get doughnuts that there’d be an empty space in front of the doughnut shop. The fifteenth time around the block, there was an empty space. He stopped and bought doughnuts.

David could have looked for a way out of his temptation.

God will provide a way of escape when we’re tempted: 1 Corinthians 10:13.

God provided David a way of escape, but David failed to take it.

David could have surrounded himself with better people.

But, what if David had been surrounded by people who wouldn’t let him make such foolish decisions?

We need to surround ourselves with people who will help us spiritually, not hurt us. “Evil company corrupts good habits” (1 Cor 15:33). The opposite is just as true. Hebrews 3:12-13: We’re to encourage each other every day that we don’t fall into Satan’s snare. Make sure the people in your life will lift you up, not drag you down.

Do you have great grief? Jesus will remove that grief: “Come to Me, all you who labor and are heavy laden, and I will give you rest” (Matt 11:28). Do you need to come and give your grief to Jesus?