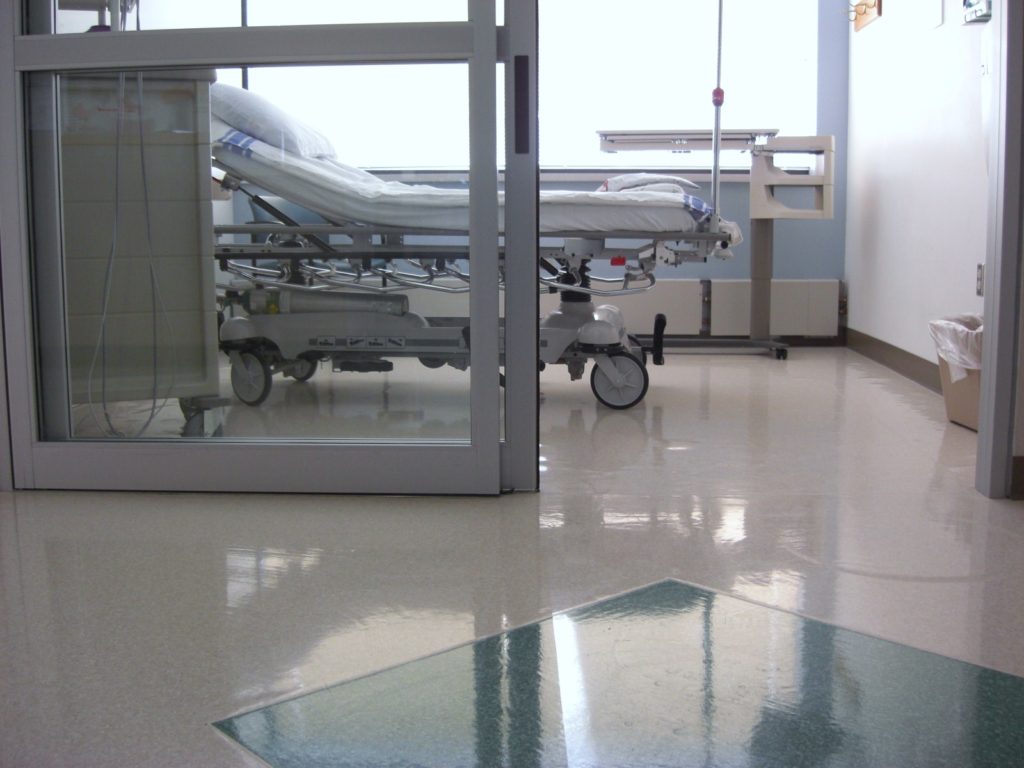 On June 29, 1945, Paul Harada was forcibly moved Kalaupapa, Hawaii by the territorial government. Harada was stricken with leprosy as a teenager and moved to the leper colony on Kalaupapa. When he first arrived at the colony, Harada was one of about 400 patients there; today, he is one of about 40.

In 1969, the Hawaiian government allowed those in the colony to leave. Yet, Harada has chosen to stay. He says, “I’m all crippled. What am I going to do outside? How am I going to live?”

Hansen’s disease or leprosy is not nearly as contagious as once thought. In fact, 95% of the world’s population is immune from the bacteria that cause the disease. There was likely little benefit from the isolation at Kalaupapa or other leper colonies around the world.

However, that wasn’t the case in the days of Moses. God gave Moses very specific instructions for priests to determine what was and what was not leprosy (Lev 13). Those who were afflicted with the disease were to be isolated from the people (Lev 13:45-46).

What we today call leprosy has only been known since about 600 BC. While the disease was known in the days of Jesus, archeological evidence suggests that it was not in Palestine until about AD 500. The Hebrew term means “infectious skin disease,” which is how the New International Version translates it. There are a variety of skin diseases-besides leprosy-which are contagious, disfiguring, and deadly.

Tonight’s text is about a man who suffered from such a disease-Naaman the leper. Naaman’s health is so poor that he needs a “GENERAL HOSPITAL”-i.e., a hospital specializing in military generals.

Naaman was a commander of the army of the king of Syria. In the eyes of the king of Syria, Naaman was quite the military man, for it was through him that the LORD had given the king victory. It was quite common for ancient peoples to ascribe military victories to their gods. However, here Naaman’s victories are ascribed to the God of Israel. It may have been that the victory of the Syrians over Ahab at Ramoth-gilead had been a part of Naaman’s conquest (1 Ki 22:29-36). We do know that Naaman’s victories included those over Israel, for a servant girl from Israel leads Naaman to healing.

Naaman, although a valuable man to the Syrian king, had a serious skin condition.

Tonight’s text is about Naaman’s getting to GENERAL HOSPITAL. It is difficult to preach this text and not allude to baptism, for the allusions are striking. As Naaman is angry with Elisha, he remains unclean. However, when he obeys the command of God has given through Elisha, Naaman is healed.

However, I have purposefully chosen to stay away from those allusions this evening. I’m staying away from those allusions simply because you know the truth about baptism. The vast majority of us have put Jesus on in baptism and, if you haven’t, I trust you it isn’t because you do not know the biblical truth on the subject. If you have questions about baptism, I or the elders would be more than happy to talk with you and you’re more than welcome to pull us aside after worship.

In this sermon, however, I want us to focus on the process Naaman went through to get to GENERAL HOSPITAL.

In the service of Naaman’s wife was a girl who had been carried off from Israel on a Syrian raid. This girl said to her mistress, “Would that my lord were with the prophet who is in Samaria! He would cure him of his leprosy.”

If this little girl had never told Naaman’s wife about Elisha, Naaman likely would never have been healed. Naaman did not know that a GENERAL HOSPITAL was out there or he likely would already have been to Elisha. Naaman has no idea that he can be cured of his leprosy until his wife’s servant tells him so.

We so desperately need to be like this little slave girl and tell others where they can find healing for their souls! Jesus taught us to be telling others where to find healing. Matthew 28:19. If Coca-Cola can make disciples throughout the world, why can’t we? We have not a soft drink, but the waters of eternal life!

The early church told others where to find healing: Acts 8:4.

I am utterly amazed as I read of this servant girl! She had been carried off from her homeland on a raid and taken back to Syria. The text doesn’t tell us the circumstances in which she was captured.

Yet, it’s not difficult to surmise that her capture wasn’t a pleasant experience. She very well could have seen her parents slaughtered before her eyes and then she was hauled off to Syria. She may have been pulled from her mother’s arms as the two of them sobbed uncontrollably, knowing they would never see one another again.

If some foreign power were to conquer the United States tonight, and we were to be carried away as captives in a foreign land, how many of us would be more than willing to tell our captors where they could find healing?!

This little girl holds no grudge and wishes that her captor could have healing. Centuries before Jesus, this girl put some of his difficult teachings into practice.

Jesus taught us against retaliation: Matthew 5:38-40. From a purely human standpoint, this girl has every right to want retaliation, but she rather chooses to do good to the one who had wronged her.

The Lord taught us to love our enemies: Matthew 5:43-48. If we had an opportunity to share the Gospel of Jesus with Khalid Sheikh Mohammed, the principal architect of the 9/11 attacks, how willing would we be? How many of us might be tempted to say, “He deserves to go to hell!” But the truth of the matter is that I deserve to be lost, too!

This servant girl stands as a wonderful example of putting the teachings of Jesus into practice. Are we willing to do the same?

Naaman goes and stands at the door of Elisha’s house. Elisha sends a servant to tell Naaman to wash in the Jordan seven times and his flesh will be restored.

Naaman, however, has great HOSTILITY toward the word Elisha’s servant has spoken. Naaman wanted Elisha to come out, wave his hand over him, and call upon God to heal him. Furthermore, Naaman seems to have struggled with nationalistic pride here, for he wants to know why he couldn’t wash in the rivers of Syria rather than in the Jordan. Naaman, then “turned and went away in a rage.”

Naaman’s hostility here stands as the epitome of unmet expectations. Elisha’s word is not at all what he expects or hopes for and he becomes angry. Can you imagine sitting in a doctor’s office with some horrible disease, the doctor comes in and examines you, and says, “All you need to do is take this simple prescription seven times” and getting angry and throwing a fit? If it’s an easy cure, why not thank God for it?

People continue to be HOSTILE toward the Word of God. A preacher used to ask his ministry students two questions after they had preached: “Has anyone been converted?” and “Did anyone get mad?” If they answered no, the preacher would tell them that maybe they weren’t cut out for preaching. I could not count all the times that someone became angry at a sermon I preached.

Why is it that some-like Naaman-have HOSTILITY toward the Word of God?

It may be that they, like Naaman, wanted to hear something else.

It may be that the word they hear confronts them.

Herodias became so upset with John’s preaching about her immoral marriage to Herod that she had John killed when she had the opportunity (Matt 14:1-12). The Word of God can shake people to their core: Hebrews 4:12-13.

How are we going to react when we hear the Word of God? Are we, like Naaman, going to become angry?

Or shall we react like the Jews at Pentecost? Peter spoke some very harsh words to them: Acts 2:36-37. Yet, “those who received his word were baptized” (Acts 2:41).

“So he went down and dipped himself seven times in the Jordan, according to the word of the man of God, and his flesh was restored like the flesh of a little child, and he was clean.”

Notice that the text says that his flesh was restored “like the flesh of a little child.” There seems to be a play on words in the Hebrew between the “little girl” who told Naaman about the GENERAL HOSPITAL and Naaman’s flesh after he’s been to GENERAL HOSPITAL. The point is that the “great man” (v 1) humbled himself and became like a little child.

Humility is essential to pleasing God. It was only after Naaman swallowed his pride and dipped in the Jordan rather than the rivers of Syria that he was healed. If we are to please God, we absolutely must swallow our pride. Matthew 18:3-4. Proverbs 29:23.

Lincoln once got caught up in a situation where he wanted to please a politician, so he issued a command to transfer certain regiments. When the secretary of war, Edwin Stanton, received the order, he refused to carry it out. He said that the President was a fool. Lincoln was told what Stanton had said, and he replied, “If Stanton said I’m a fool, then I must be, for he is nearly always right. I’ll see for myself.” As the two men talked, the President quickly realized that his decision was a serious mistake, and without hesitation he withdrew it. Lincoln was willing to swallow his pride to do what was best for the nation. Naaman was willing to swallow his pride to do what God had said. Are we willing to swallow our pride to obey our God?

Do notice that it’s only after Naaman obeys God that he is made clean. God offers great blessings to those who are obedient. James 1:25. 1 John 3:22.

Is God blessing you because you are obedient?